Illinois and Chicago both entered the next phase of their vaccination plans, Phase 1B, on Monday.

Here are the latest updates on the coronavirus pandemic across the state of Illinois today, Jan. 25: 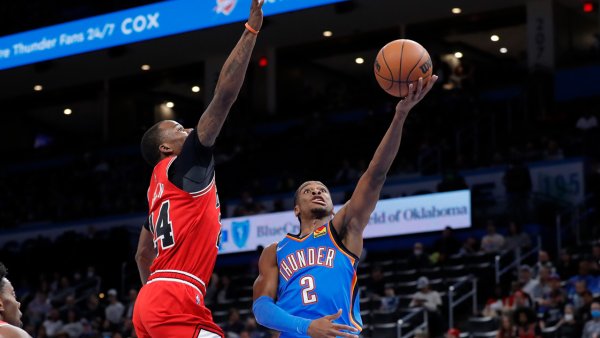 Illinois health officials have confirmed eight additional cases of a COVID-19 variant that spreads more rapidly than previous strains of the virus, bringing the total number of confirmed cases in the state to nine.

The virus, which was first identified in the United Kingdom, is known as variant B.1.1.7. It has been shown in laboratory studies to spread more quickly than previous iterations of the virus, and has been located in several states, sparking fears of a new wave of the virus.

One case was reported earlier this month in Chicago, according to state health officials.

President Joe Biden on Monday shared his thoughts about schools resuming in-person instruction during the COVID-19 pandemic when asked about the ongoing standoff between Chicago Public Schools and the Chicago Teachers Union.

"It's not so much about the idea of teachers aren't going to work. The teachers I know, they want to work," the president said during a briefing with reporters. "They just want to work in a safe environment and...as safe as we can rationally make it. And we can do that..."

On Sunday, a majority of CTU members voted not to return to schools for in-person instruction. As a result, CPS officials announced the staff members' planned return date would be pushed back from Monday to Wednesday to allow more time for negotiations between the district and the union.

The center, located at 18451 Convention Center Drive, is scheduled to open Tuesday as the first Illinois National Guard mass vaccination site in Cook County, according to Illinois Gov. J.B. Pritzker.

“Widespread vaccination sites will allow us to quickly and efficiently get these life-saving vaccine doses to Illinoisans as more federal shipments of vaccine come online,” Pritzker said in a statement. “The Illinois National Guard and the Illinois Department of Public Health are proud to partner with Cook County to launch the Tinley Park Convention Center Vaccination Site – our seventh collaboration in Cook County overall, with many more to come across the state."

Appointments are required, according to the village of Tinley Park, which said appointments can only be made through the state and county websites. They can be scheduled via Cook County's newly-launched vaccine website, or by calling (833) 308-1988.

“This first large site in the Southland is indicative of our commitment to distribute vaccine equitably, but we fully expect that demand will quickly outpace supply," Israel Rocha, CEO of Cook County Health, said in a statement. "It is critical for people to understand that while we are anxious to vaccinate everyone who wants to be vaccinated, vaccine supply remains the biggest limiting factor. We are asking Cook County residents for their continued patience as we work to ramp up one of the largest County-operated vaccine programs in the country."

County officials expect to be able to administer up to 3,000 vaccines per day "when the Tinley Park site is fully optimized and when adequate vaccine is available."

Cook County said it plans to open at least five additional large sites across the suburbs in the coming weeks, but those will be dependent on vaccine availability.

Several Walgreens and Jewel-Osco locations have started offering vaccinations or opened up appointments for Illinois residents eligible under Phase 1B of the state's vaccine rollout.

There are several ways eligible residents will be able to get vaccinated, but state officials have urged patience as the new phase opens up.

Illinois and Chicago have both entered the next phase of their vaccination rollout, called Phase 1B, increasing the eligibility to millions of residents.

There are several ways eligible residents will be able to get vaccinated, but state officials have urged patience as the new phase opens up.

Click here for a look at everything we know so far, including: who is eligible, where you can get vaccinated, what you need to get your vaccine and more.

The Illinois Department of Public Health now has a map on their website where residents can find vaccination locations near them, as well as appointment information.

According to the department, the map will be updated daily as the state receives additional doses, new sites join in and more appointments become available.

More information and the map can be found here.

Two of Illinois' 11 regions in the Chicago suburbs are "on track" to move into Tier 1 COVID-19 mitigations on Tuesday, which would allow for the return of limited indoor dining, among other changes, if metrics continue to improve, state health officials announced Monday.

"If all the mitigation metrics continue to improve, regions 8 and 9 will move into Tier 1 on Tuesday," the Illinois Department of Public Health said in a statement.

For more information, including how a region can move from Tier 2 to Tier 1, as well as what the Tier 1 guidelines are, click here.

Illinois health officials on Monday reported 2,944 new cases of coronavirus as well as 49 additional deaths attributed to the virus.

According to the Illinois Department of Public Health, Monday's new cases brought the statewide total number of confirmed cases to 1,104,763 since the pandemic began. The fatalities reported Monday lifted the death toll to 18,798.

In the last 24 hours, Illinois officials said 74,202 test specimens were returned to state laboratories, putting the state at 15,484,034 tests performed during the pandemic.

As of Sunday night, 2,962 patients in Illinois were hospitalized due to coronavirus. Of those patients, 601 were in intensive care units, while 302 were on ventilators.

Also as of Sunday night, 1,112,725  vaccines coronavirus vaccines had been delivered to providers across Illinois, while 550,050 doses had been allocated to the federal government’s Pharmacy Partnership Program for long-term care facilities, IDPH said. That brought the total number of doses sent to Illinois to 1,662,775.

A total of 11,290 doses were administered Sunday, officials said, lifting the total number of vaccine doses given in the state to 692,763, including 110,403 for long-term care facilities. The latest figures brought the 7-day rolling average administered daily to 28,171 doses, according to IDPH data.

Region 1 and Region 2 both moved to Phase 4 effective Monday, the Illinois Department of Public Health announced.

For more information, including how a region can move from Tier 1 to Phase 4, as well as what the Phase 4 guidelines are, click here.

Illinois and Chicago will both enter the next phase of their vaccination plans, Phase 1B, beginning on Monday.

Here's a full look at who is included in Phase 1B:

But Gov. J.B. Pritzker said last week that while Illinois is moving into the new phase, there will be limitations based on how much vaccine the state receives.

"This does not mean, however, that right away you will be able to get the vaccine as easily as you can get the flu shot," Pritzker said. "Because federal vaccine production was hampered by the failure of the previous administration to properly invoke the Defense Production Act, vaccine supply is still limited all across the nation. There are additional vaccines in the pipeline that may soon seek FDA approval, and that will help. But there are 3.2 million Illinoisans in Phase 1B, so there will be far greater demand than supply for the near term – to put it in perspective, we’re expecting approximately 126,000 first doses to arrive next week outside of Chicago. That’s less than 4% of the 1B population. Until the vaccine supply improves, we will all need to be patient."

Chicago Mayor Lori Lightfoot and the city's top health official are expected to hold a news conference Monday afternoon to deliver an update on the city's COVID-19 vaccine distribution.

Lightfoot and Chicago Department of Public Health Commissioner Dr. Allison Arwady are set to hold the news conference at 1:15 p.m. at St. Bernard Hospital, according to Lightfoot's public schedule. The event can be watched live in the video player above.

Chicago Public Schools on Sunday announced that the district would push back the date teachers are expected to return to schools after the Chicago Teachers Union voted to not return to classrooms until after vaccinations.

CPS said in a letter sent to families and posted on social media that the return date for kindergarten through eighth grade teachers, originally scheduled for Monday, would be pushed back to Wednesday.

Conversations with the union "remain ongoing, and additional time is needed to reach a resolution," CPS' letter reads, noting that the extra time before teachers' return was needed "to resolve our discussions without risking disruption to student learning."

Chicago Public Schools has announced their planned return date for teachers would be pushed back to Wednesday after the Chicago Teachers Union voted against returning to in-person learning. Lisa Chavarria reports.

Thousands of elementary and middle school staff and teachers were expected to return to schools Monday, with an estimated 71,000 students scheduled to join them on Feb. 1. That date for students to return has not moved as of Monday.

"We must provide families, through no fault of their own, have been unable to make remote learning work for their children," CPS said in the letter. "We've seen grades, attendance and enrollment drop significantly for many of our students in recent months, and the impact has been felt most by our Black and Latinx students."