While Illinois is on the verge of meeting the vaccination metric required to enter the new Bridge Phase of its reopening plan, the state won't yet be moving forward just yet.

The Lake County Fairgrounds vaccination site expanded COVID-19 vaccine availability this week to those eligible in Phase 1B Plus, which includes additional underlying health conditions, the health department announced.

The Lake County Health Department opened vaccination appointments at the Fairgrounds to those eligible in Phase 1B Plus on Tuesday, after partners in the county moved into the expanded phase last week.

Anyone who lives or works in Lake County can register in the AllVax Portal located here. Appointments can also be made by calling (847) 377-8130.

Laminate It? Carry It? What You Should Do With Your Vaccination Record Card

Once you get your coronavirus vaccine, you’re often given a COVID-19 vaccination record card, with the CDC logo in the upper right corner.

"Those vaccine cards are really important. They provide proof that you were, indeed, vaccinated," said Dr. Kiran Joshi, co-lead of the Cook County Department of Public Health.

The vaccination cards are so sought after, dupes of the cards are even being sold online. Security experts also warn people against posting photos of their card on social media.

Both Staples and Office Depot are offering to laminate vaccination cards for free, but some are asking if sealing the card in plastic is too permanent.

Dr. Joshi said he understand why people would want to preserve it, but the additional lines at the bottom of the card, marked "Other," are there for a reason.

Four suburban mass vaccination sites are expected to open to all eligible Illinois residents this week. New locations are set to open in Kane, Lake and Will counties with another site in Grundy County expanding to all eligible state residents regardless of where they live. Details here.

2 Mass Vaccination Sites to Open in Chicago Next Week, Including 1 Near Wrigley Field

Two new mass vaccination sites - one at Chicago State University and a second just outside Wrigley Field - are set to open in Chicago next week, officials announced Tuesday.

Beginning April 5, Chicago residents eligible under Phase 1C of the city's COVID vaccine rollout will be able to get a vaccine from Chicago State University or the American Airlines Conference Center at Gallagher Way next to Wrigley Field.

Appointments for the new sites are expected to be released "later this week" on the city's Zocdoc scheduling platform, with additional appointments expected to post each day.

Health officials said that between Tuesday and April 12, when the state is expected to make all residents 16 and older eligible, vaccine appointments can by those who currently qualifies under state guidelines.

At a news conference announcing a new vaccination site for union members in the city, Lightfoot noted that although Chicago is progressing in its vaccine distribution, "we are not out of the woods yet by a long shot."

"Right now we are seeing a troubling uptick in our case positivity and daily case rates," Lightfoot said. "Folks, I just want to tell you, it was about three weeks ago that we were still on a downward trend and we were seeing daily case rates in the two hundreds."

Health officials in Illinois on Tuesday reported 2,404 new coronavirus cases and 17 additional deaths, along with more than 86,000 vaccinations in the past 24 hours.

According to figures from the Illinois Department of Public Health, the 2,404 new confirmed and probable COVID cases reported in the last day brought the state’s total to 1,241,993 cases since the pandemic began last year.

The 17 new deaths lifted the state's death toll to 21,273 fatalities related to the virus, according to health officials.

Danville, Quincy and More: These Illinois COVID Vaccine Sites Are Open to Anyone 16 or 18-Plus

Following an announcement from the state last week, a number of Illinois counties are now offering vaccinations to any state resident 16 and older.

A doctor with ties to Loretto Hospital took several doses from the West Side Chicago facility to a suburban relative's home as part of a private request, sources and the hospital confirmed Monday.

Dr. Ali Ahmed, president and CEO of Affinity Health, which oversees COVID clinical trials at Loretto Hospital, was allowed to take 10 vaccine doses to a home in Bloomingdale, owned by one of his relatives, hospital officials said.

The hospital confirmed the vaccination doses were given to Ahmed on Jan. 29 as part of a request to vaccinate a terminally ill woman and several others.

Hospital officials told NBC 5 that Ahmed was initially denied permission to take the vaccine to the Bloomingdale home, but the hospital's former COO Dr. Anosh Ahmed, who is not related, signed off on a private request.

In what is being described as a “first-of-its-kind effort” to vaccinate union workers, the city of Chicago is teaming up with the Chicago Federation of Labor to launch a vaccination site for essential union employees.

According to the press release, the CFL will join Mayor Lori Lightfoot in opening up the vaccination site to members who were eligible for vaccinations in Phases 1A, 1B and 1C of the city’s program.

The site is expected to handle approximately 1,200 vaccinations per week, with additional capacity expected as availability of vaccine doses increases.

A mass vaccination site is scheduled to expand in McHenry County Tuesday.

McHenry County's site inside a former K-Mart, located at 1900 N. Richmond Ave. will open for six days a week with the help of the National Guard, officials said Monday. The site will be open to eligible residents who live or work in the county. (Details here.)

Illinois Gov. J.B. Pritzker announced Monday that the state is activating members of the Illinois National Guard to support county health officials and "expand its local operations to help those who live or work in the county."

While health officials in Chicago aren’t willing to call a current rise in coronavirus cases a “surge,” they are remaining vigilant and expressing concern that the city could be heading in that direction if residents don’t take the chance of a dramatic rise in cases seriously.

Dr. Jennifer Seo, chief medical director of the Chicago Department of Public Health, says that the city is closely tracking a recent increase in coronavirus cases, and that the next four-to-eight weeks will be key to determining whether the current rise in cases is just a blip in the radar, or an indicator that the city is heading for the type of spike in cases that it saw in the fall.

“We are certainly seeing a rise in cases. It’s not to the point that we were seeing in November, but it’s something that we want to closely follow,” she said. “We are very concerned about what the outlook may be over the next four-to-eight weeks.”

While Illinois is on the verge of meeting the vaccination metric required to enter the new Bridge Phase of its reopening plan, it appears the state won't yet be moving forward just yet.

As of Monday, the state had reported 69 percent of seniors 65 and older had been vaccinated, just shy of the 70% threshold required to enter the final phase before a full reopening.

But according to Illinois' health department, hospitalization metrics "continue to trend upward," meaning "the state has not yet met the conditions to move to the Bridge Phase."

"Health officials continue to urge all residents to mask up, socially distance and wash hands frequently to reduce transmission and bring the metrics back in line to transition to the Bridge Phase," IDPH said in a release Monday. 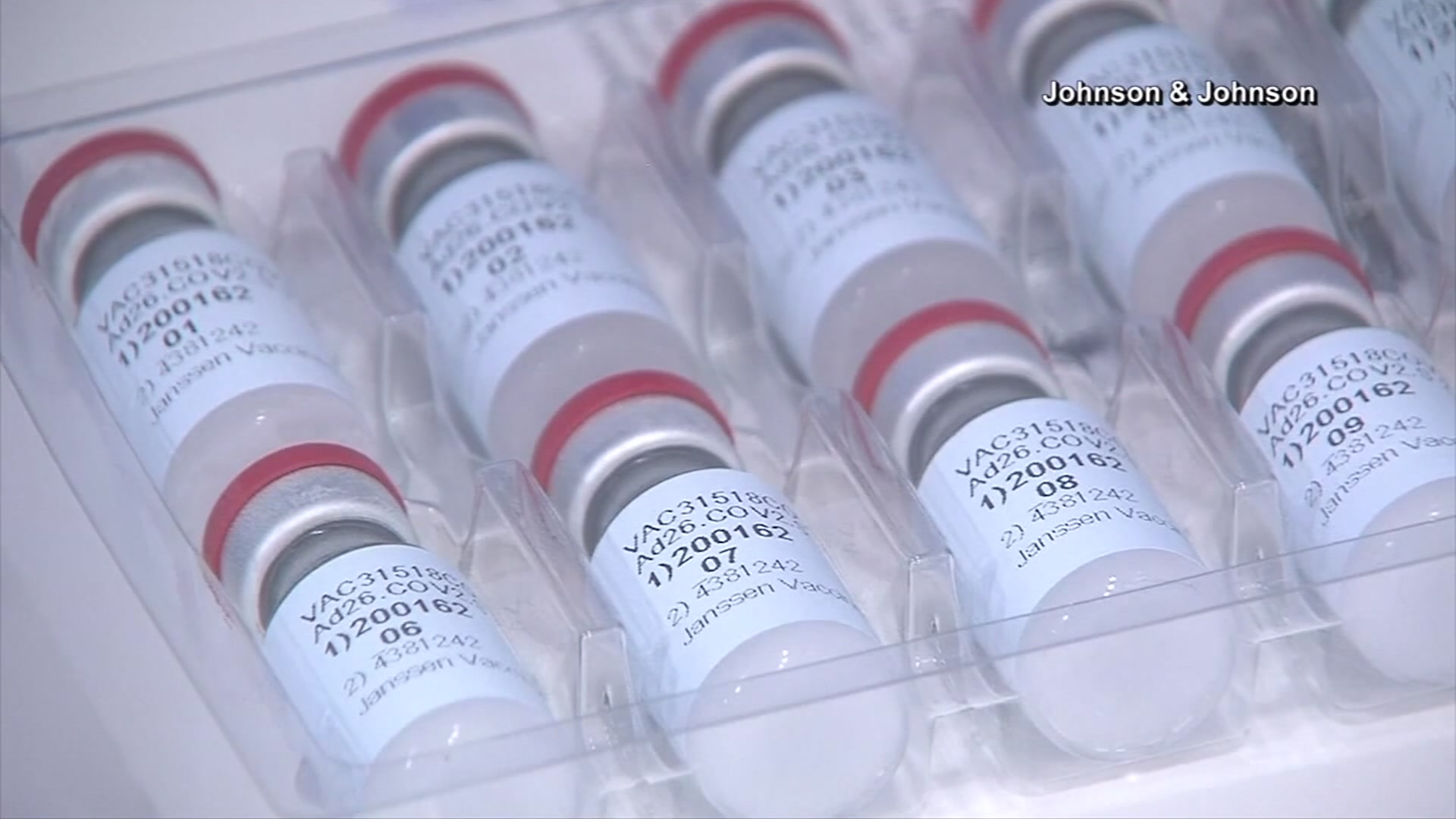 Where Can You Get the Johnson & Johnson Vaccine in Illinois? 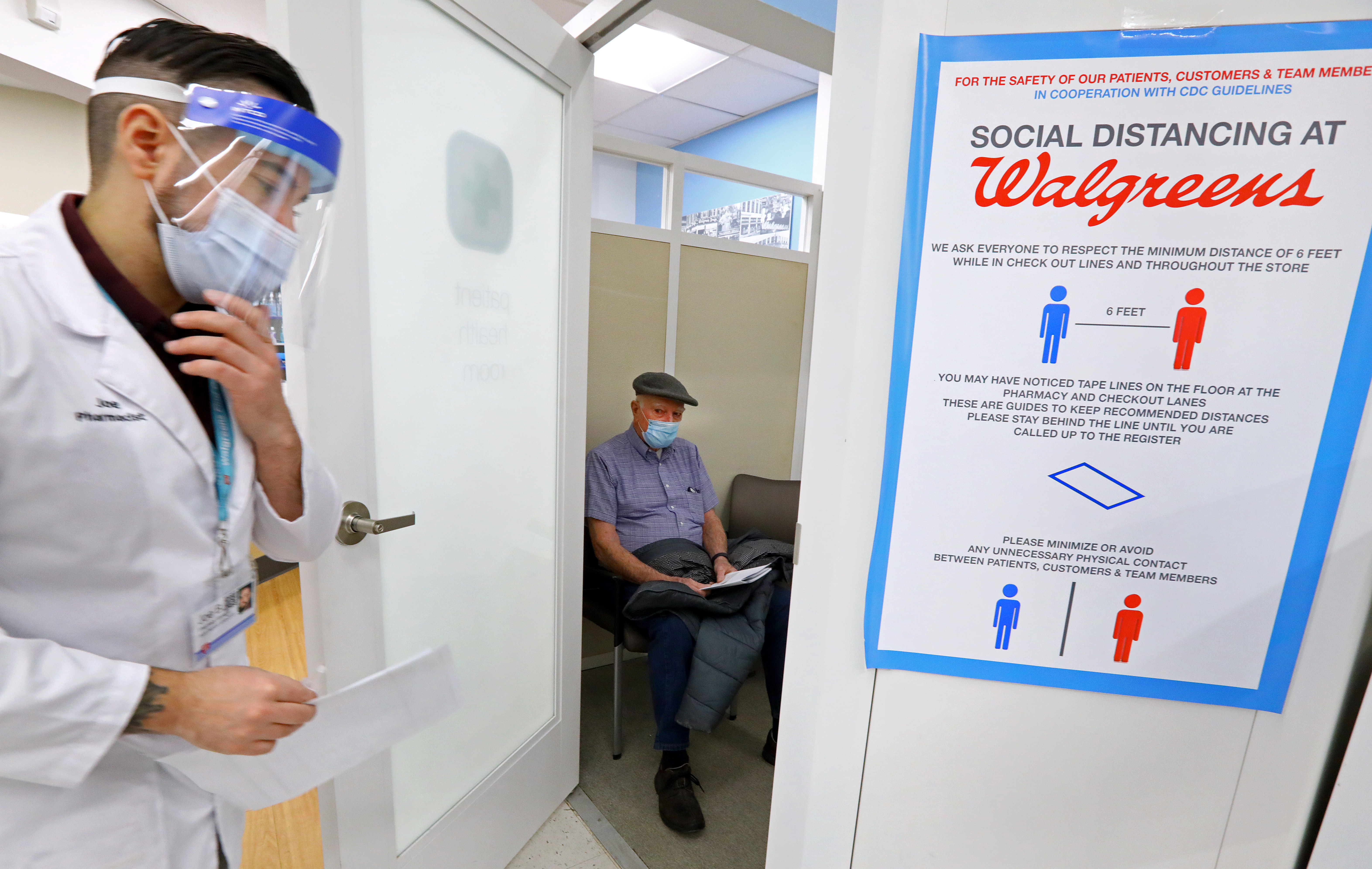 New Mass Vaccination Sites Opening in Illinois This Week, Some to All Eligible Illinois Residents

New mass vaccination sites are expected to open this week in Chicago-area counties.

Three of the sites will open to all eligible residents in Illinois, regardless of where they live. A Grundy County vaccination location at Shabbona Middle School will also expand its eligibility to include any eligible state resident. Full list here.

Health officials said the state made the decision to launch the sites with expanded ZIP code eligibility to "reverse early signs of a possible resurgence of COVID-19 cases."