Officials in DuPage, Kane and Kankakee counties reported Wednesday they have received their first shipments of Pfizer's COVID-19 vaccine

Several counties reported receiving their first doses of the Pfizer coronavirus vaccine on Wednesday, with the head of the Illinois Health and Hospital Association saying that the rollout of the vaccine is currently “on track” despite some concerns about delays.

In a statement issued Wednesday afternoon, IHA President and CEO AJ Wilhelmi said that the organizations is working closely with Gov. J.B. Pritzker’s administration and the Illinois Department of Public Health to ensure the safe and timely rollout of the doses of the vaccine that have arrived in the state so far.

“That process is on track,” Wilhelmi said in a statement. “Hospitals and health care workers have been on the front lines of the pandemic for 10 months and are doing their part to execute on the vaccination plan. The extensive and logistically challenging vaccination process is rolling out now, as scheduled, and thousands of vaccines will be administered before the end of the week, as planned.”

In separate press releases Wednesday, health officials in Kane and DuPage counties announced that they had received their first doses of the vaccine, with the plan to roll the treatment out to health care centers and hospitals in the coming days.

Wolf Moon Explained: Significance and the Best Time to Catch a Glimpse 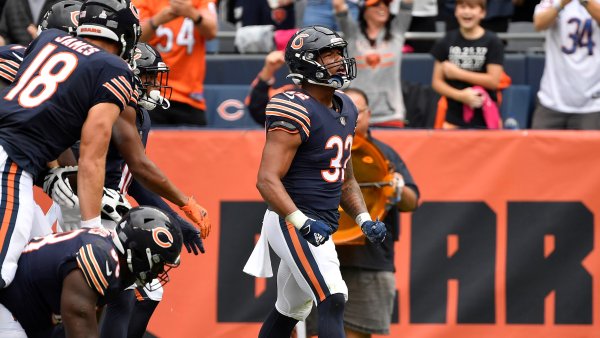 Those departments are part of a complex delivery process, necessitated by the low temperatures at which the Pfizer vaccine must be stored.

After the vaccine is shipped, it must be repackaged and then sent to various health care organizations around the state, according to officials. Wilhelmi says that there is a five-day window before the vaccine could potentially spoil, and hospitals need approximately 48 hours of preparation to make sure that the vaccines can be administered in a timely manner after receipt.

Some locales, including four different Illinois counties and the city of Chicago, received vaccine shipments directly from the federal government, which is why they were able to begin administering the treatment quickly. Other county health departments in the state have reported that they have begun to receive the vaccines, including in Kane, DuPage and Kankakee counties, and will begin administering the shots within the next two days.

The IHA says that any appearances of a delay are incorrect, and that the process is progressing as it should.

“We are urging calm and patience as the vaccination process plays out,” Wilhelmi said. “Vaccination of the people of Illinois is going to require a thoughtful process that takes months, not days, and we’re committed to doing this right. The stakes are too high to rush through it.”