Illinois' decision to pause use of the Johnson & Johnson vaccine "will not have a large impact" on the state's vaccination plans, health officials said Tuesday.

The Illinois Department of Public Health announced plans to temporarily halt the administration of the single-dose vaccine following a recommendation from the U.S. Centers for Disease Control and Prevention and the U.S. Food and Drug Administration as they investigate reports of potentially dangerous blood clots.

“Public health officials made a commitment that any safety signals that came up concerning COVID-19 vaccines would be fully addressed in a transparent manner, which is what is occurring right now with the J&J vaccine,” IDPH Director Dr. Ngozi Ezike said in a statement. “The blood clot cases appear to be extremely rare and there are no reported cases associated with either the Pfizer-BioNTech or the Moderna vaccines. IDPH is taking immediate action to ensure as little disruption to Illinois residents as possible during this pause, and I strongly encourage people to continue to get vaccinated. Millions upon millions of people have already been safely vaccinated and it will take millions more before we can put this pandemic behind us.”

"No state-supported mass vaccination sites will be closed and no rapid response team clinics, faith-based or equity clinics, or rural clinics have been cancelled at this time," IDPH said in a release. "They will all move forward with a different type of vaccine."

Meanwhile, the state plans to send 50,000 doses to Chicago to help the city as it also pauses use of the vaccine. Gov. J.B. Pritzker said the state will also send an additional 50,000 doses in the coming weeks to be used for the second shots.

Several vaccination events are being halted for now in Chicago, including the city's homebound program, which brings the single-dose vaccine to those who cannot leave their homes, as well as vaccinations at O'Hare Airport, through the CTA's mobile vaccination bus and at some events through employers and unions, like a vaccination event for food service workers that had been scheduled with the Illinois Restaurant Association.

Vaccinations at the Chicago State University site that were initially supposed to be Johnson & Johnson doses may be switched to the other two vaccines, officials said, depending on supply.

Anyone with appointments for these events should receive notification about rescheduling.

"We are working closely with our partners at the federal and local level to determine how this impacts the city’s vaccine operations," the Chicago Department of Public Health said in a statement.

As for the United Center, CDPH Commissioner Dr. Allison Arwady said Pfizer doses are currently being administered but the city is "waiting to hear from FEMA on their intended plans for vaccination" as Johnson & Johnson doses were expected to be used at the facility in the coming days and weeks. For now, the city has stopped booking new walk-up appointments for the facility.

In a joint statement Tuesday, the CDC and FDA said they were investigating unusual clots in six women that occurred 6 to 13 days after vaccination. The clots occurred in veins that drain blood from the brain and occurred together with low platelets. All six cases were in women between the ages of 18 and 48.

The reports appear similar to a rare, unusual type of clotting disorder that European authorities say is possibly linked to another COVID-19 vaccine not yet cleared in the U.S., from AstraZeneca.

An advisory committee is scheduled to meet Wednesday to review the reactions and consider how to proceed. 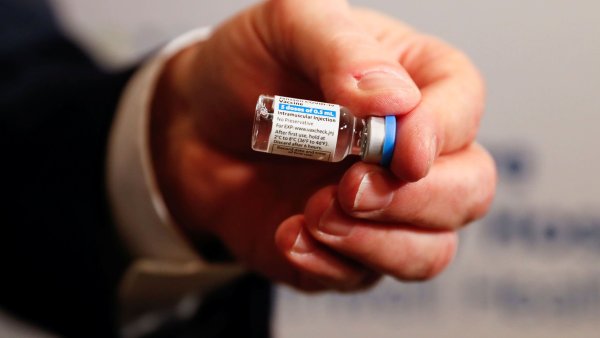 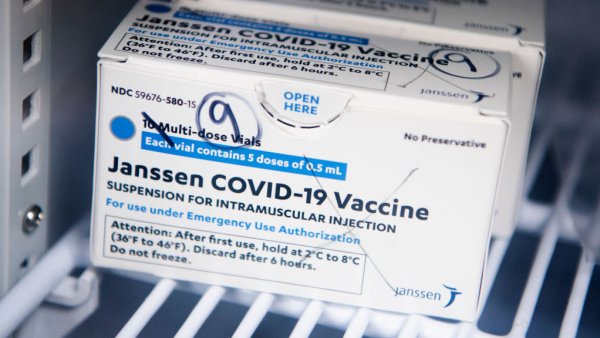