Grocery Workers Are Key During the Virus — and They're Afraid

Some fear falling sick or bringing the virus home to vulnerable loved ones, and frustration is mounting as some demand better workplace protections

Every day, grocery workers are restocking toilet paper, eggs, produce and canned goods as fast as the items fly off the shelves.

They disinfect keypads, freezer handles and checkout counters as hundreds of people weave around them, sometimes standing too close for comfort amid the coronavirus pandemic. Some work for hours behind clear plastic barriers installed at checkout counters, bulwarks against sudden sneezes or coughs that can propel germs.

They aren't doctors or nurses, yet they have been praised for their dedication by Pope Francis, former U.S. President Barack Obama and countless people on social media, as infections and death counts rise.

From South Africa to Italy to the U.S., grocery workers — many in low-wage jobs — are manning the frontlines amid worldwide lockdowns, their work deemed essential to keep food and critical goods flowing. Some fear falling sick or bringing the virus home to vulnerable loved ones, and frustration is mounting as some demand better workplace protections, including shorter hours to allow them to rest, and “hazard” pay for working closely with the public.

“Everyone is scared everywhere, here in South Africa and everywhere in the world," said Zandile Mlotshwa, a cashier at Spar supermarket in the Johannesburg suburb of Norwood.

For most people, the coronavirus causes mild or moderate symptoms, such as fever and cough, and the vast majority survive. But for others, especially older adults and people with existing health problems, it can be more severe, even causing pneumonia or death.

In the U.S., a handful of states — Minnesota and Vermont were the first — have given grocery workers a special classification that allows them to put their children in state-paid child care while they work. Unions in Colorado, Alaska, Texas and many other states are pressing governors to elevate grocery workers to the status of first responders.

Food and Drug Administration 17 hours ago 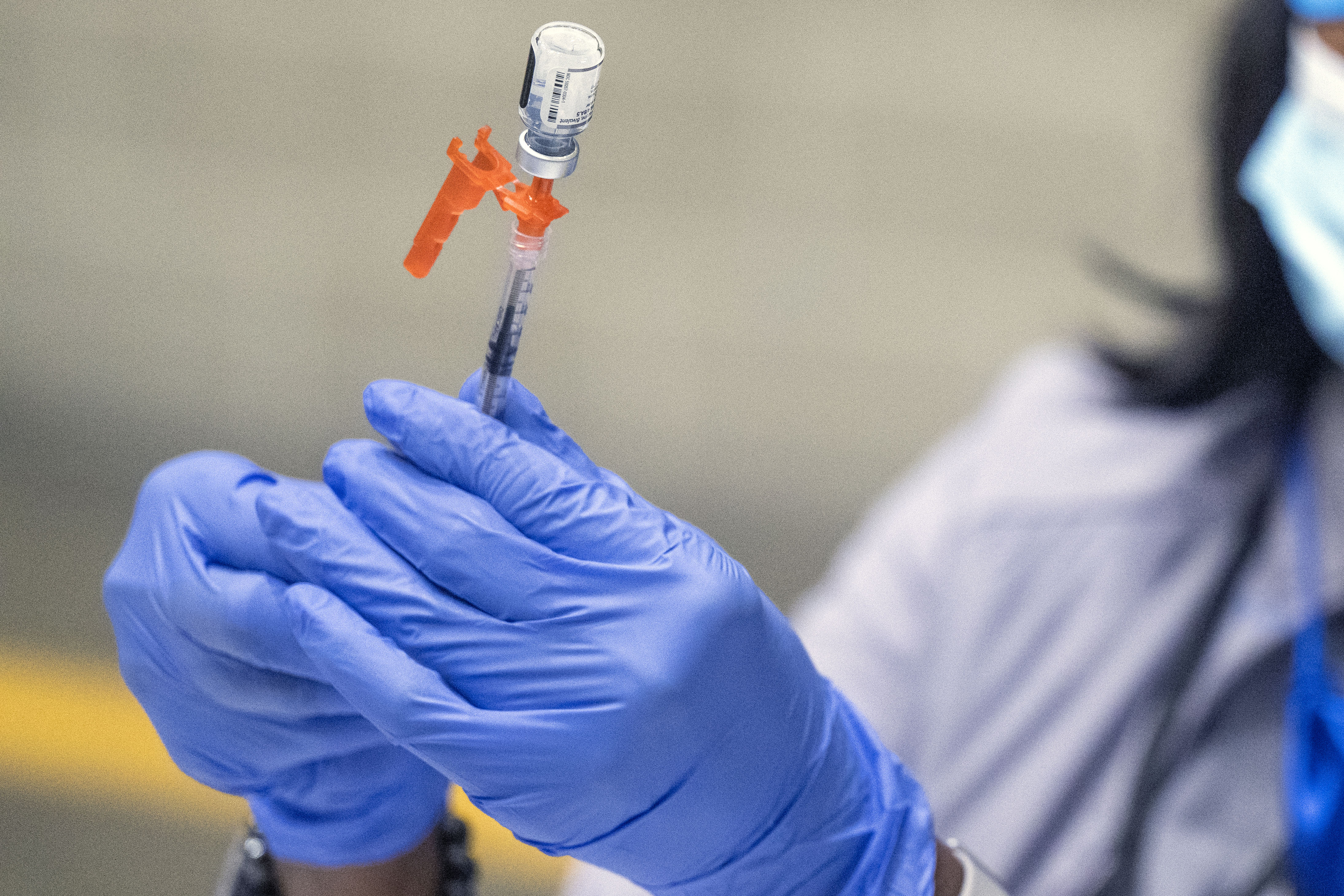 “The government's responsibility is to step up in these moments,” said Sarah Cherin, chief of staff for the United Food and Commercial Workers International Union in Seattle, the first U.S. epicenter of COVID-19.

“We have always been a group of people who come to work when others stay home," Cherin said. “Our workers need the same protection others get.”

U.S. grocery and food delivery workers are insisting employers pay them more and provide masks, gloves, gowns and access to testing. Whole Foods workers called for a recent “sickout” to demand better conditions, including double pay. A group of independent contractors for the Instacart grocery delivery service walked out to force more protections.

Some of the biggest employers in the U.S. are responding.

Kroger, the nation's largest grocery chain, said it will give all hourly employees a $2-an-hour “Hero Bonus" through April 18. That follows temporary $2 pay bumps by Walmart, Target and others.

Walmart’s raise is just for hourly employees in distribution centers, but it’s also giving bonuses to full- and part-time workers. Walmart, the nation’s largest private employer, and Target will provide masks and gloves to front-line workers and limit the number of customers in stores. Walmart is taking the temperatures of its nearly 1.5 million employees when they report to work.

“Most will see it as a welcome relief,” Walmart spokesman Dan Bartlett said of the new measures.

But that doesn't alleviate the fear when shoppers won't follow the rules, including social distancing.

Jake Pinelli, who works at a ShopRite in Aberdeen, New Jersey, said customers don't stay 6 feet (2 meters) away from others and typically don't wear masks or gloves. Staffers have protective gear, but the younger employees often give it to older co-workers or those they know have health conditions.

“Most of us are terrified,” Pinelli said. But he stays on because he wants to help.

"I have not only bills to pay, but it's the only way right now I feel like I can do anything for my community and help out,” Pinelli said.

Some have fallen sick.

The Shaw's supermarket chain told workers last week at six stores in Massachusetts, New Hampshire and Vermont that one of its employees had been diagnosed with COVID-19. The company reminded workers to wash their hands regularly and stay home if they don't feel well.

At the Organic Food Depot in Norfolk, Virginia, cash is no longer used. Customers can't bring reusable bags. Children under 16 are banned.

“If somebody fell sick in the store, the store is most likely going to shut down,” manager Jamie Gass said.

Gass, 47, said his wife has asthma, which means she would be more vulnerable to the coronavirus. Yet he feels pride going to a job that helps ensure people get fed in a crisis.

“Am I scared that I could catch this? Absolutely,” Gass said. “But I’m sure everybody is in that position. I’m just taking as many precautions as I can, so I don’t have to worry as much.”

In Italy, where more than 14,000 people have died of COVID-19, consumers seem to prefer smaller, family-run stores and markets.

One of them, the Innocenzi grocery store in Rome, was established in 1884 by Emanuela Innocenzi’s grandfather. Its wooden shelves, marble entrance steps and cherished custom of clerks waiting on each customer hearken back to another era. The small store now allows in only two customers at a time.

A dentist’s office provided masks, which employees wipe down with alcohol each day and reuse.

“The doctors, the nurses have special training," she said. "This is our work.”