The drug was given either orally or through an IV. It reduced deaths by 35% in patients who needed treatment with breathing machines and by 20% in those only needing supplemental oxygen. It did not appear to help less ill patients

Researchers in England say they have the first evidence that a drug can improve COVID-19 survival: A cheap, widely available steroid reduced deaths by up to one third in severely ill hospitalized patients.

The results were announced Tuesday and the British government immediately authorized the drug's use across the United Kingdom for coronavirus patients like those who did well in the study. Researchers said they would publish results soon in a medical journal, and several independent experts said it's important to see details to know how much of a difference the drug, dexamethasone, might make and for whom.

But “bottom line is, good news,” said the United States’ top infectious disease expert, Dr. Anthony Fauci. “This is a significant improvement in the available therapeutic options that we have.” 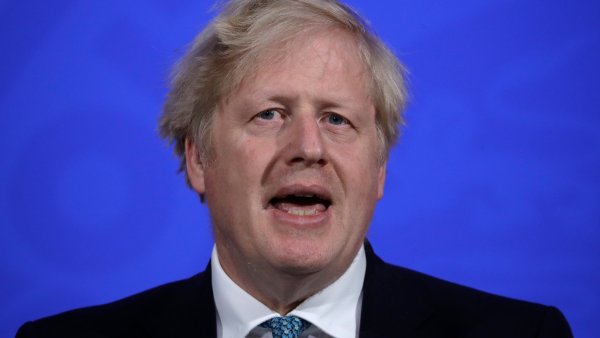 The coronavirus outbreak has killed more than 438,000 people worldwide since it began late last year in China.

Thestudy, led by the University of Oxford, was a large, strict test that randomly assigned 2,104 patients to get the drug and compared them with 4,321 patients getting only usual care.

The drug was given either orally or through an IV for 10 days. After four weeks, it had reduced deaths by 35% in patients who needed treatment with breathing machines and by 20% in those only needing supplemental oxygen. It did not appear to help less ill patients.

Researchers estimated that the drug would prevent one death for every eight patients treated while on breathing machines and one for every 25 patients on extra oxygen alone.

“Those are big effects," said one study leader, Dr. Martin Landray at Oxford. “It’s not a cure, but it’s certainly a long way forward.” It's especially good news that the drug “is remarkably cheap, perhaps $20 or $30 for an entire course of treatment,” he added.

Steroid drugs reduce inflammation, which sometimes develops in COVID-19 patients as the immune system overreacts to fight the infection. This overreaction damages the lungs and can prove fatal. The World Health Organization and others advise against using steroids earlier in the course of illness because they can impede clearing the virus.

“Early on, you’re fighting the virus and you want your immune system to be as intact as possible,” Fauci explained. But in the advanced stage of COVID-19, the battle against the virus causes so much inflammation that it “is hurting you more than helping you,” he said. The results seen in the Oxford study make “perfect sense” with that notion, he said.

Many hospitals and doctors have been trying steroids to quell the immune system, but there's been no evidence from high-quality studies that it helps for COVID-19.

Although the Oxford researchers talked only about dexamethasone, the detailed plans for the study say that participating hospitals could use two other steroids — prednisolone or hydrocortisone — and there's no reason to think any particular one works better than another, said Dr. Francisco Marty, an infectious disease specialist at Brigham and Women’s Hospital in Boston.

“I assume the majority of people used dexamethasone, but it’s not the only one that people could have used,” he said. "It will be great to see the data to see if there’s a class effect.”

Steroids are known to help fight certain fungal and bacterial infections such as meningitis, and a type of pneumonia common in HIV patients, but they have not proved useful against flu or some other viral diseases, he said. The Oxford results would persuade him to try them for COVID-19 patients needing extra oxygen, he said.

Until now, the only drug shown to help fight COVID-19 is remdesivir, an experimental drug from Gilead Sciences that blocks an enzyme the virus uses to copy its genetic material. Remdesivir shortened the time to recovery for severely ill hospitalized patients to 11 days on average versus 15 days for those just given usual care, in a study led by the U.S. National Institutes of Health.

“We don’t know yet” if remdesivir could be used with dexamethasone — or before or after it — to give more benefit, Fauci said.

Even though dexamethasone only helps in severe cases, “countless lives will be saved globally,” said Nick Cammack, a virus expert at the Wellcome Trust, a British charity that supports research.

“This is the dream,” because the drug has been used for decades for other conditions, said Cammack, who had no role in the study. “It’s very straightforward to make so there’s no reason this can’t be rolled out for the entire world.”

No information was given on side effects, but researchers said they used a low dose and for a short time, which is generally safe.

"Short-term low dose shouldn’t be a problem, but steroids do have a lot of side effects” including weight gain, high blood pressure, water retention, mood changes, sleep problems and rise in blood sugar for people with diabetes, Marty said.

Dr. Peter Bach, a health policy expert at Memorial Sloan-Kettering Cancer Center in New York, noted that in the study 41% of those on breathing machines and 25% on oxygen alone died.

“The mortality rate seems to be way higher than it is in the U.S.,” where one recent study found a death rate of 12%, although that was only after two weeks versus four in the UK study, he said.

“We are going to struggle to look at these data and use them for U.S. patients,” he said. But he added that “it’s good news for science that the right studies got done,” and that the drug works and is so affordable and available.

The Oxford study is the same one that earlier this month showed the malaria drug hydroxychloroquine was not working against the coronavirus. The study enrolled more than 11,000 patients in England, Scotland, Wales and Northern Ireland who were given either standard care or that plus one of several treatments: dexamethasone; hydroxychloroquine; the HIV combo drug lopinavir-ritonavir; the antibiotic azithromycin; the anti-inflammatory drug tocilizumab; or plasma from people who have recovered from COVID-19 that contains antibodies to fight the virus.

Research is continuing on the other treatments. The research is funded by government health agencies in the United Kingdom and private donors including the Bill and Melinda Gates Foundation.

Dr. Stephen Griffin, of the University of Leeds in England, said treatments that can prevent infection and serious illness are still needed.

“Ideally, we will find something that stops the disease from progressing to a more advanced stage,” he said, noting that remdesivir might yet prove to be effective this way. Dexamethasone “is not a wonder pill, but it will lessen some of the nasty effects of COVID-19.”

The Associated Press Health and Science Department receivessupport from the Howard Hughes Medical Institute’s Department of Science Education. The AP is solely responsible for all content.