"He had this calm about him that made me think, 'Not everyone's going to make it, but some people will and that's my strength right now.'"

Dr. Halleh Akbarnia has been an emergency medicine doctor for nearly 20 years, but preparing for and treating patients affected by the coronavirus pandemic has been an unique and sometimes unnerving experience for the mom of two.

"(Prior to the pandemic) we had been prepping for so long ... There were a lot of different things we'd been talking about and we'd been seeing patients trickling in, knowing what we were seeing were positive patients," Akbarnia, who lives in Illinois, told TODAY. "But there was a particular day (approximately three weeks ago) — at that moment I had a colleague on the other side of the ER intubating a patient that was clearly COVID-positive and we had treated a few other really sick patients earlier that were probably destined to be intubated later and it just dawned on us that this was it: We were treating patients in a pandemic."

On that day, which Akbarnia calls her "first pandemic shift," the physician treated a patient with coronavirus who she later wrote about in a viral Facebook post.

According to Akbarnia, the patient, identified as "Mr. C," had extremely low oxygen saturations, had to be resuscitated a few times due to life-threatening heart rhythms and was headed toward needing to be intubated, a procedure during which a tube is inserted through the mouth and into the airway so a patient can receive breathing assistance from a ventilator.

"The entire time we were treating him, he was telling us how much he respected what we were doing and how much he appreciated us," Akbarnia recalled. "He was saying we were angels — just telling us all these things as we were prepping to do procedures on him. It was mind-blowing to me that he had the strength to be able to say this through probably the worst day of his life." 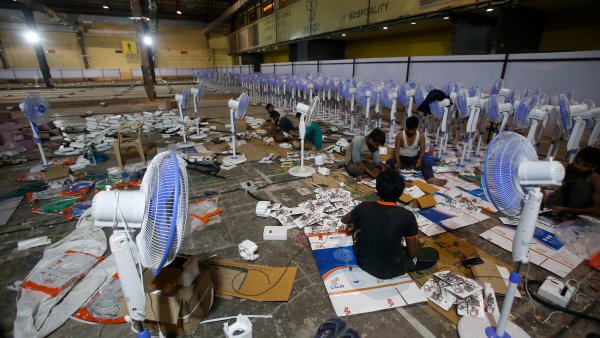 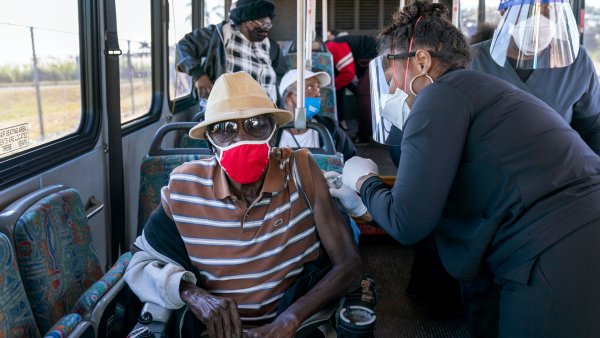 Mr. C, a retired high school teacher who is well-loved in the community near Advocate Condell Medical Center, the Libertyville, Illinois hospital where Akbarnia works, was admitted and remained on a ventilator for several weeks. When he was extubated earlier this month, the tubes in his airway removed and the ventilator no longer necessary, Akbarnia knew she needed to visit him to thank him for the way he calmed her while he was being treated in the ER.

In her Facebook post, Akbarnia wrote about the interaction, saying, "I cautiously went into his room, donned in my PPE (personal protective equipment) and when he saw me, he stopped for a second ... He started to cry. He said, 'I remember your eyes.' And I started to cry. What he didn’t know is that, at that moment, I realized that we do what we do exactly for people like him, for moments like these. His strength, his kindness, his calming words to me meant everything. At that moment, my heart (which had been beating over 100 bpm since this pandemic began) finally slowed down."

Akbarnia said she isn't typically a person who is easily rattled by her circumstances, but treating patients with COVID-19, some of which have died, has made her heart rate "significantly higher on a daily basis."

Seeing Mr. C start to recover from coronavirus provided her some welcome calm.

"There's an underlying level of anxiety that you feel going to work, not knowing what you're about to see or who you're about to treat or how many people are going to come through your door," Akbarnia explained.

"(Mr. C) had this calm about him that made me think, 'Not everyone's going to make it, but some people will and that is my strength now," Akbarnia continued.

Akbarnia said she's continued to visit Mr. C every day, adding that she decided to write her post because her mother-in-law suggested she take time to write down her experiences so she can reflect on them later.

"When I wrote it, it was at the end of a long shift — probably around one or two in the morning — and I had just had a visit with him," said Akbarnia. "I was overwhelmed with emotion from the positive feelings I had gotten from him ... I realized he had brought me so much hope..."

It was then that she also thought about the ways her friends, neighbors and community have stepped up to support her during this time, something she also wrote about in the post, which has been shared nearly 200,000 times on Facebook.

"I was thinking about all the texts that I've been getting from my friends, the treats people drop off, the food that gets delivered to the ER, our neighbors writing in chalk on our driveway, phone calls I haven't really been able to return in the way I would want to," said Akbarnia. "I was thinking telling this story could be a way to somehow let them know how much their support means to me."

As her viral post makes its rounds on Facebook, Akbarnia says she hopes people will know how much their support means to nurses and other front-line responders in their lives.

"The words that are out there, the notes that come through the hospitals — it all really makes a difference," said Akbarnia. "I wish this kind of outpouring would turn around now to our grocery clerks and the post office workers — all the people who are out there doing similarly dangerous jobs."

Akbarnia, who now sleeps in a separate bedroom from her husband to prevent the spread of COVID-19 and comes home from each shift to disinfect her car, wash her clothing and shower before interacting with her kids, ages 17 and 14, also hopes her story will remind people that doctors are human and sometimes feel overwhelmed and exhausted by what they see on a daily basis.

"Physicians are people, too," she said. "We're vulnerable, too."