As 2020 came to a close, the United States saw the deadliest month of the coronavirus pandemic yet. So far, more than 350,000 coronavirus-related deaths have been reported in the U.S., according to a tally by NBC News.

Health officials fear the surge in cases, of which the U.S. has seen more than 20.6 million, and deaths could continue into 2021 as post-holiday air travel hit its highest level on Sunday since mid-March.

The Federal Aviation Administration, for the second time in a week, closed the airspace over Dallas-Fort Worth International Airport on Monday while a control tower was cleaned after a controller tested positive for COVID-19.

The airspace at DFW Airport was expected to reopen Monday evening, an airport spokesperson said.

The facility being cleaned was the Terminal Radar Approach Control Facility, or TRACON. While the sanitization took place, controllers worked out of the center tower at DFW Airport, according to the FAA.

A man in his 60s living in upstate New York has tested positive for a new strain of the coronavirus that's believed to be at least 50 percent more contagious and was first confirmed in the U.S. at the end of last month.

A Saratoga County man has tested positive for the latest strain of the virus believed to be first detected in the U.K., Gov. Andrew Cuomo said on a Monday afternoon conference call. The man had not traveled recently, leading state officials to believe he got the virus from community spread.

The governor says the man is linked to a jewelry store in Saratoga Springs. He advised anyone who had contact with the N. Fox Jewelers at 404 Broadway between Dec. 18-24 to get tested immediately.

Prime Minister Boris Johnson announced on Monday a new national lockdown for England until at least mid-February to combat a fast-spreading new variant of the coronavirus, even as Britain ramped up its vaccination program by becoming the first nation to start using the shot developed by Oxford University and drugmaker AstraZeneca.

Johnson said people must stay at home again, as they were ordered to do so in the first wave of the pandemic in March, this time because the new virus variant was spreading in a "frustrating and alarming” way.

“As I speak to you tonight, our hospitals are under more pressure from COVID than at any time since the start of the pandemic,” he said.

Under the new rules, which took immediate effect, primary and secondary schools and colleges will be closed for face to face learning except for the children of key workers and vulnerable pupils. University students will not be returning until at least mid-February.

All nonessential shops and personal care services like hairdressers will be closed, and restaurants can only operate takeout services.

As of Monday, there were 26,626 COVID-19 patients in hospitals in England, an increase of more than 30% from a week ago. That is 40% above the highest level of the first wave in the spring.

The Transportation Security Administration said it screened 1,327,289 people at U.S. airport checkpoints on Sunday, 1,192,881 passengers on Saturday and 805,990 on Friday.

The more than 3 million people who passed through U.S. airport security checkpoints over the New Year's weekend was a sign that public health pleas to avoid holiday travel are being ignored, despite an alarming surge in COVID-19 cases. Now, the big fear is the pandemic will get even worse if people don't stay at home. Hospitals in many areas are being overwhelmed amid the largest outbreak of COVID-19 in the U.S. since March.

A variant of the coronavirus identified in South Africa is more problematic than the strain found in the U.K., Britain’s health minister said Monday, as both strains continue to spread rapidly, CNBC reports.

“I’m incredibly worried about the South African variant, and that’s why we took the action that we did to restrict all flights from South Africa,” Handcock said. “This is a very, very significant problem ... and it’s even more of a problem than the U.K. new variant.”

Both the U.K. and South Africa are struggling with a surge in COVID-19 infections, which have been attributed in large part to new mutations in the virus that make it more transmissible.

Blancas was 35 years old and taught first grade at Dr. Sue A. Shook Elementary. According to the GoFundMe, Blancas first tested positive for the virus on Oct. 20 and was hospitalized in the intensive care unit (ICU) on Oct. 24.

"It is with a heart full of sadness that I am updating this thread," wrote Nick Adkins, the founder of Pinksocks Life, a group of people who aim to spread "kindness and empathy," on Dec. 28. Blancas was friends with Adkins and volunteered with the organization before her illness. In January 2020, the group made a donation to students at her school.

Fauci Says Pace of Vaccinations Is Rising, Rejects Trump Claim That US Deaths Are Inflated

The U.S. has ramped up COVID-19 vaccinations in the past few days after a slower-than-expected start, bringing the number of shots dispensed to about 4 million, government health officials said.

Dr. Anthony Fauci, the nation’s top infectious-disease expert, also said on ABC’s “This Week” that President-elect Joe Biden’s pledge to administer 100 million shots of the vaccine within his first 100 days in office is achievable.

And he rejected President Donald Trump’s false claim on Twitter that coronavirus deaths and cases in the U.S. have been greatly exaggerated.

“All you need to do ... is go into the trenches, go into the hospitals, go into the intensive care units and see what is happening. Those are real numbers, real people and real deaths,” Fauci said on NBC’s “Meet the Press.”

The U.S. death toll has climbed past 351,000, the most of any country, according to an NBC News tally, while more than 20 million people nationwide have been infected. States have reported record numbers of cases over the past few days, and funeral homes in Southern California are being inundated with bodies.

Kaiser hospital officials announced Saturday that 43 emergency staff members at Kaiser Permanente in San Jose tested positive for COVID-19 within the past week, and on Sunday it was announced that an additional case was reported and one person had died, NBC Bay Area reports.

According to the statement released by Kaiser on Sunday, an employee working in the emergency department on Christmas Day died as a result of complications from COVID-19.

Employees at Kaiser confirmed that the woman who died was a registration clerk in the emergency department. Her co-workers described her as an "absolutely wonderful woman."

The hospital is investigating whether an incident in which a staff member appeared briefly in the emergency department on Christmas Day wearing an air-powered costume with a fan may have led to air droplets being spread around the hospital.

State health officials reported 12,563 COVID-19 patients in Texas hospitals, an increase of more than 240 from Saturday. It was the sixth time in seven days that the state reported record breaking hospitalizations.

Intensive care units in several parts of the state were full or nearly full Sunday, according to the Texas Department of State Health Services. 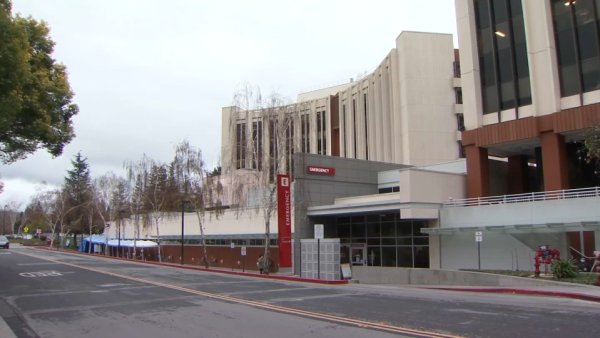 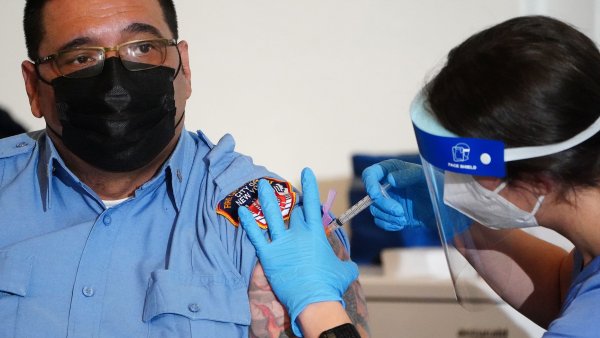