Not one but two antiviral pills for COVID-19 are making headlines this week as they could be game changers in treating the virus with the world still battling a global pandemic.

Both Merck and Pfizer are seeking authorization for their pills and each took major steps toward achieving that goal this week. Currently, most COVID-19 treatments require an IV or injection.

What is the latest on pills from both Merck and Pfizer?

Pfizer Inc. said Friday that its experimental antiviral pill for COVID-19 cut rates of hospitalization and death by nearly 90% in high-risk adults. Pfizer said it will ask the FDA and international regulators to authorize its pill as soon as possible, after independent experts recommended halting the company’s study based on the strength of its results. Once Pfizer applies, the FDA could make a decision within weeks or months.

Competitor Merck’s COVID-19 pill is already under review at the Food and Drug Administration after showing strong initial results, and on Thursday the United Kingdom became the first country to OK it.

The FDA has set a public meeting later this month to review Merck’s pill, known as molnupiravir.

Why is a pill for treating COVID-19 being seen as important and what are the concerns?

Since the beginning of the pandemic last year, researchers worldwide have been racing to find a pill to treat COVID-19 that can be taken at home to ease symptoms, speed recovery and keep people out of the hospital.

Having pills to treat early COVID-19 “would be a very important advance," said Dr. John Mellors, chief of infectious diseases at the University of Pittsburgh, who was not involved in the Pfizer study.

“If someone developed symptoms and tested positive we could call in a prescription to the local pharmacy as we do for many, many infectious diseases," he said.

Top U.S. health officials continue to stress that vaccination will remain the best way to protect against infection. But with tens of millions of adults still unvaccinated — and many more globally — effective, easy-to-use treatments will be critical to curbing future waves of infections.

“With an 89% reduction in hospitalization or death, the Pfizer oral treatment is potentially a game changer. It’s still very preliminary data, though, and we don’t have any details about how old people were and whether they were vaccinated," Dr. Robert Murphy, an infectious disease specialist and executive director of the Institute for Global Health at Northwestern University Feinberg School of Medicine, said in a statement. “You still don’t want to get sick in the first place. And the pill is only for at-risk people with conditions like diabetes, obesity, underlying heart disease or those above age 60. A person with no underlying risk factors won’t be eligible for this once it gets approved.”

The Pfizer drug also needs to be taken with a small dose of ritonavir, an antiretroviral drug used in AIDS medications to increase drug levels, Murphy said.

“It’s a cumbersome regimen," he said. "You have to take 30 pills over five days. That’s a lot of pills. That includes two ritonavirs and four Paxlovids per day. It’s not like you pop one pill."

Dr. Benjamin Singer, an assistant professor in pulmonary and critical care at Northwestern University Feinberg School of Medicine, added that the drug likely won't help prevent spread of the virus and concerns over long-term effects of the virus remain.

"It is important to note that the patients in the Merck and Pfizer antiviral trials already had COVID-19 at the time they started taking the pill," he said. "It is unclear how many of these patients may go on to develop long-COVID symptoms or other complications of their illness."

What is the difference between the two pills?

On Friday, Pfizer released preliminary results of its study of 775 adults. Patients who received the company's drug along with another antiviral shortly after showing COVID-19 symptoms had an 89% reduction in their combined rate of hospitalization or death after a month, compared to patients taking a dummy pill. Fewer than 1% of patients taking the drug needed to be hospitalized and no one died. In the comparison group, 7% were hospitalized and there were seven deaths.

"We were hoping that we had something extraordinary, but it’s rare that you see great drugs come through with almost 90% efficacy and 100% protection for death,” said Dr. Mikael Dolsten, Pfizer’s chief scientific officer, in an interview.

Study participants were unvaccinated, with mild-to-moderate COVID-19, and were considered high risk for hospitalization due to health problems like obesity, diabetes or heart disease. Treatment began within three to five days of initial symptoms, and lasted for five days. Patients who received the drug earlier showed slightly better results, underscoring the need for speedy testing and treatment.

Pfizer reported few details on side effects but said rates of problems were similar between the groups at about 20%.

An independent group of medical experts monitoring the trial recommended stopping it early, standard procedure when interim results show such a clear benefit. The data have not yet been published for outside review, the normal process for vetting new medical research.

Merck reported in September that its drug cut rates of hospitalization and death by 50%. Experts warned against comparing preliminary results because of differences in the studies, including where they were conducted and what types of variants were circulating.

“It’s too early to say who won the hundred meter dash,” Mellors said. “There’s a big difference between 50% and 90% but we need to make sure the populations were comparable.”

Although Merck's pill is further along in the U.S. regulatory process, Pfizer's drug could benefit from a safety profile that is more familiar to regulators with fewer red flags. While pregnant women were excluded from the Merck trial due to a potential risk of birth defects, Pfizer’s drug did not have any similar restrictions. The Merck drug works by interfering with the coronavirus' genetic code, a novel approach to disrupting the virus.

Pfizer’s drug is part of a decades-old family of antiviral drugs known as protease inhibitors, which revolutionized the treatment of HIV and hepatitis C. The drugs block a key enzyme which viruses need to multiply in the human body.

The drug was first identified during the SARS outbreak originating in Asia during 2003. Last year, company researchers decided to revive the medication and study it for COVID-19, given the similarities between the two coronaviruses.

Is there already a treatment approved?

The U.S. has approved one other antiviral drug for COVID-19, remdesivir, and authorized three antibody therapies that help the immune system fight the virus. But they have to be given by IV or injection at hospitals or clinics, and limited supplies were strained by the last surge of the delta variant. 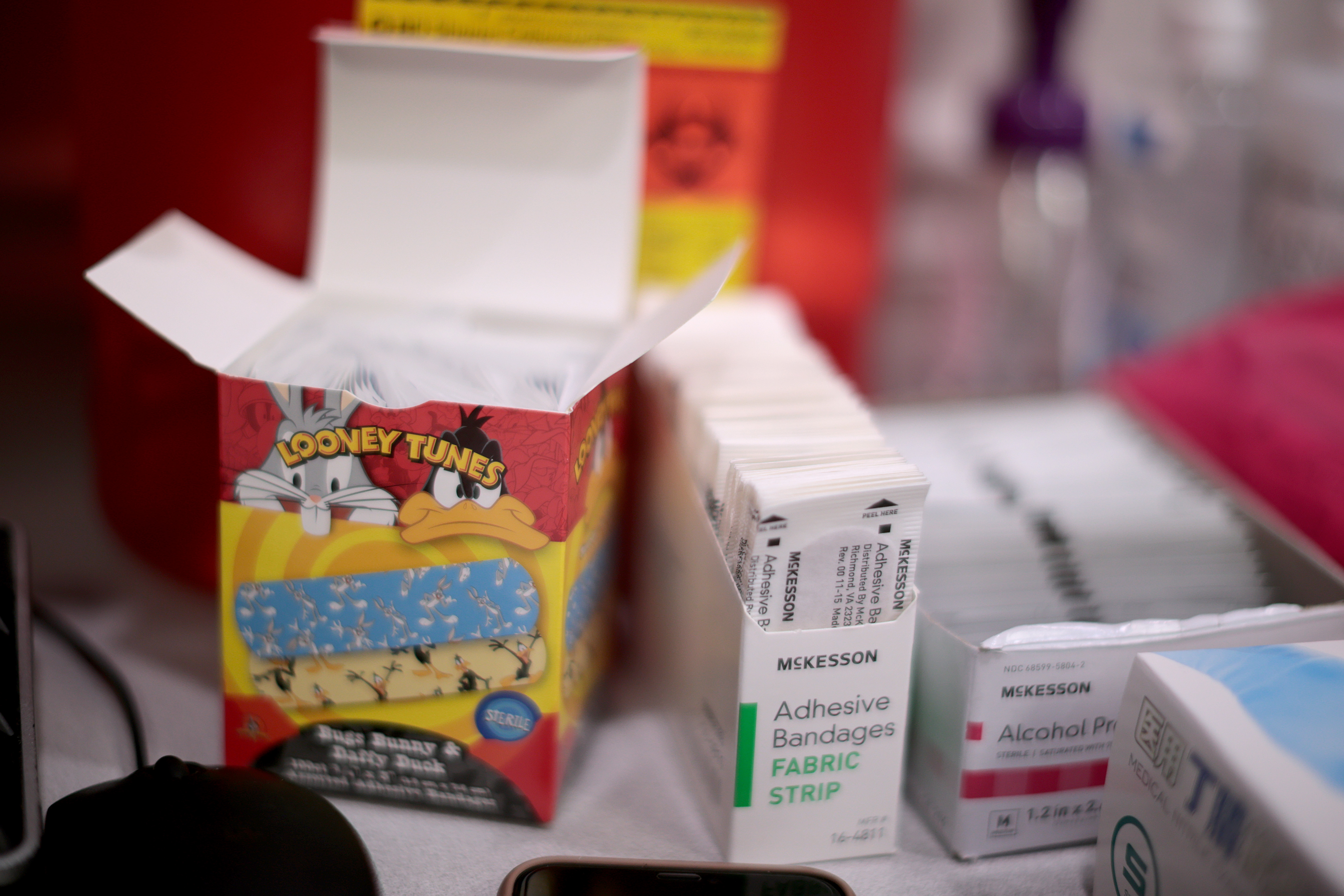 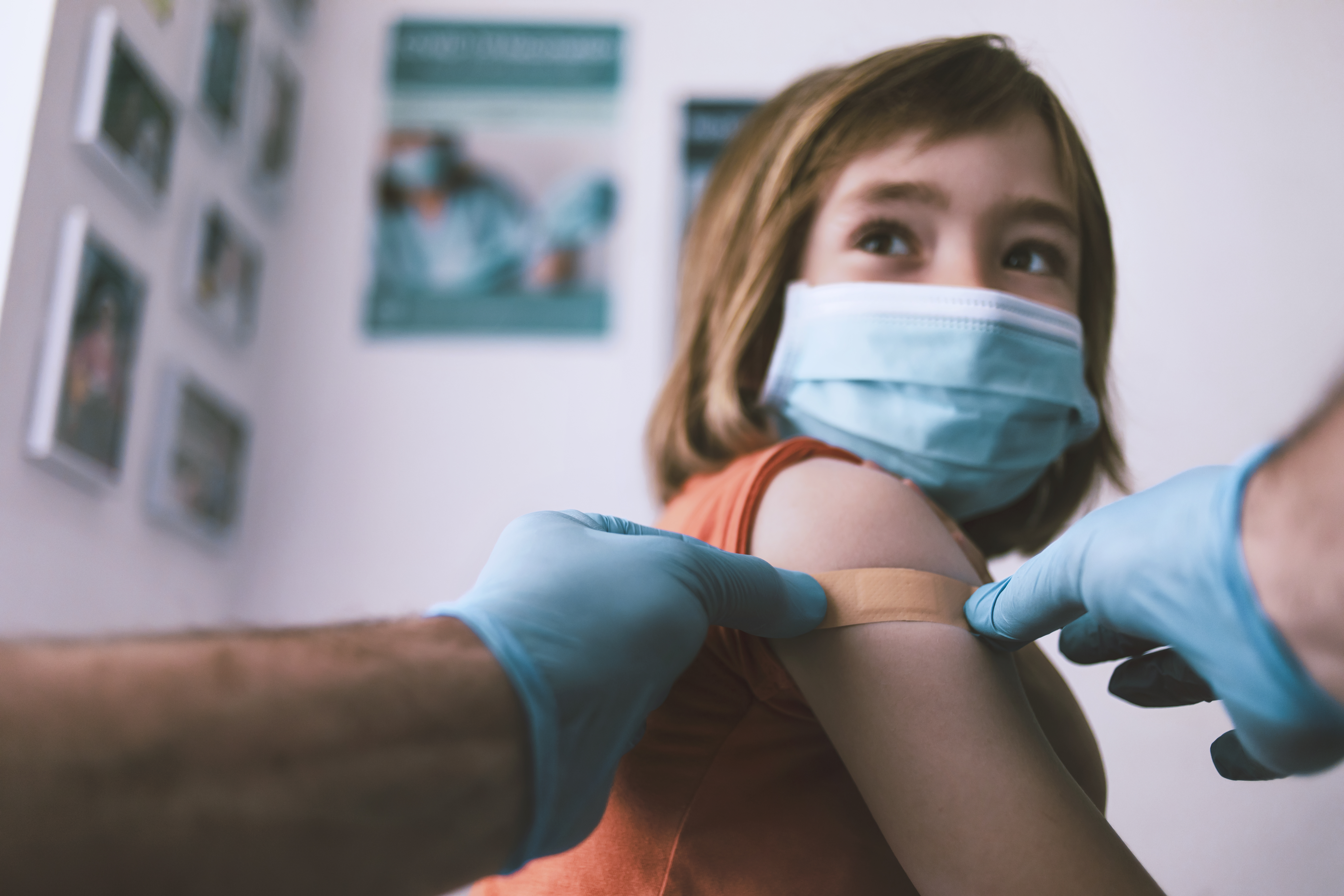