Coronavirus in Illinois: What Contact Tracing Is, and Why It's So Important

As Illinois looks to continue to move forward in its fight to stop the spread of the novel coronavirus, state officials are unveiling new contact tracing plans that will help chart communities where the virus is hitting hardest.

Contact tracing, long touted by Gov. J.B. Pritzker as a critical tool in the process of reopening the state, will be stepped up through a combination of hiring of contact tracers and the use of technology, which will include new databases and apps that will allow health officials to not only document the potential spread of the virus, but also to alert those who may have been exposed to the virus.

As that process begins to ratchet up, we have the answers to some of the questions that will come up as contact tracing becomes more prevalent statewide.

What Is Contact Tracing, and How Will The State Do It?

Under the state’s contact tracing plan, announced by Pritzker on Monday, a contact tracer will interview those who test positive for COVID-19 and learn about recent contact with family, friends, coworkers, commuters, classmates and others within the prior 48 hours.

If their exposure to any of the individuals is deemed “significant,” those individuals will be notified that they have been exposed to the virus, and will be encouraged to self-isolate for 14 days.

“Knowing if you’ve been exposed to someone with COVID-19 gives everyday Illinoisans the ability to keep their families and coworkers and friends safe by helping them seek testing or to self-isolate,” Pritzker said. “It helps us build a public health system that truly supports them if their exposure leads to actual infection.”

Those individuals will be provided with information and support to understand their risk of infection, and tips on how to separate themselves from others who weren’t exposed, how to monitor themselves for illness, and the chance that they could be an asymptomatic carrier of the virus.

May 18 briefing: Dr. Ngozi Ezike breaks down the latest coronavirus data in Illinois.

According to the governor, only 29 percent of known cases are currently engaged in a tracing process. The industry standard for effective tracing is more than 60 percent.

Pritzker said that the state was able to keep up with the virus in the early stages of the pandemic, but due to “chronic underfunding of local public health departments” and the rapid spread of the virus, tracing efforts fell badly behind and put a “severe burden” on existing systems.

So How Will Illinois Build Up Its Tracing Infrastructure?

According to the governor, existing systems will need to be beefed up in order to get the percentage of contact-traced cases closer to the industry standard. To that end, Illinois is launching the Illinois Contact Tracing Collaborative, a technology-based strategy that relies on local health departments for information. The state will provide technology infrastructure.

There are three component to that new infrastructure: a disease reporting software, a common management platform that will allow health officials in all parts of the state to investigate and trace contacts, and an app for use by COVID-19 positive patients and their contacts, allowing them to get the services that they need.

After not seeing each other for 63 days, 2-year old Shane and his classmate Noah reunited at a park in Hyde Park.

Will the Tracing Program Be Available All Over Illinois?

Currently, the pilot initiatives are being launched in St. Clair County and Lake County. Those counties were chosen because they have large numbers of cases in vulnerable populations, and they have the capacity to grow contact tracing efforts.

For all other counties, Illinois is currently requesting assessments from local county health departments to see what measures need to be taken to ratchet up the local availability of contact tracing.

“Starting today and going forward, IDPH is gathering workplans and budgets from each department, allowing us to incorporate their local plans into our overall state plan and to bring them online in the coming weeks,” Pritzker said.

How Can Residents Apply for Jobs as Contact Tracers?

The form, and more information about the contact tracing program, can be found on the state's coronavirus website.

Those names will be forwarded to relevant local health departments, and those departments will handle hiring decisions, according to the governor.

While Pritzker has talked about the need for increased testing in Illinois as part of the state’s phased reopening plan, contact tracing is also a critical component of the push to allow businesses to reopen while still protecting vulnerable populations.

According to the “Restore Illinois” plan, contact tracing is needed to move between Phases Two and Three of the plan, but becomes even more important when moving between Phase Three and Phase Four.

To move to Phase Four, a healthcare region will need to conduct contact tracing within 24 hours of diagnosis for more than 90 percent of the positive cases identified within its borders.

As stated by the governor Monday, only 29 percent of cases are being contact traced so far in Illinois, meaning that the state will have a long way to go to reach that new threshold. 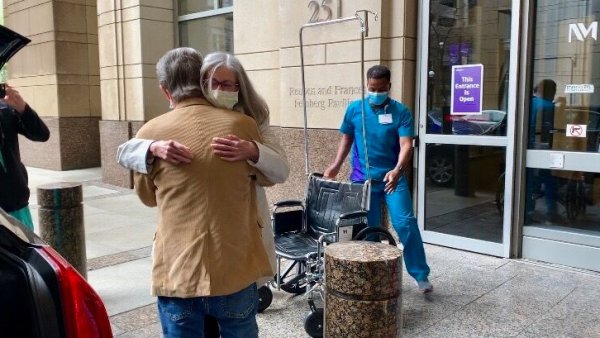 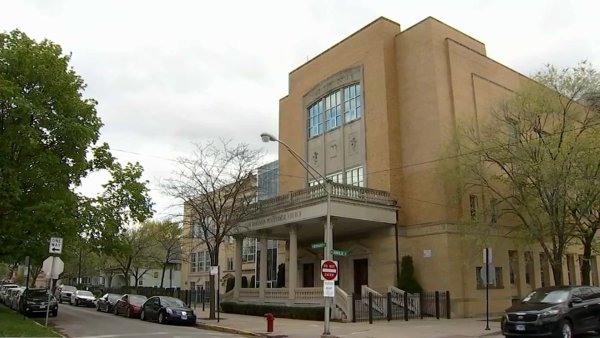