Can You Get Two COVID Variants at Once? Health Experts Say It's Possible

So far, these 'super-infections' have been rare

With fears of dueling surges of both the delta and omicron variants rising in the U.S. currently, many are wondering is it possible to contract two COVID variants at the same time?

Health experts say it is possible, but has so far been rare.

"In theory, yes, it’s called a 'super-infection,'" Pablo Penaloza-MacMaster, assistant professor of microbiology-immunology at Northwestern University Feinberg School of Medicine, said. “We see that with viruses like HIV, in which a person can get co-infected with two viral strains at once. In this scenario, viral recombination may occur, potentially resulting in hybrid variants. Thus, getting boosted is becoming increasingly important not only to prevent transmission, but also to mitigate further evolution of the virus by genetic recombination.”

In July, a report from researchers in Belgium highlighted a coronavirus case where a woman was infected with two variants simultaneously. Experts said at the time it was one of the first documented cases of finding two variants in the same person at the same time. 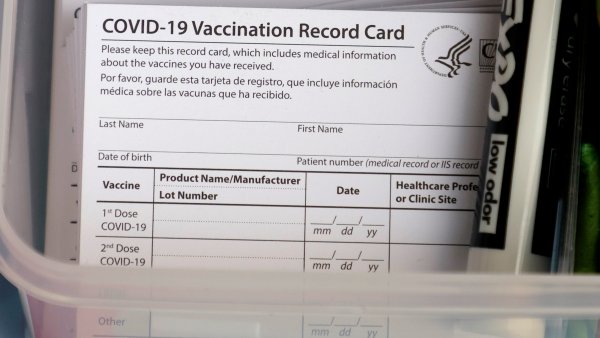 Why Does Chicago's Vaccine Mandate Not Start Until Jan. 3? Here's What the Mayor Said 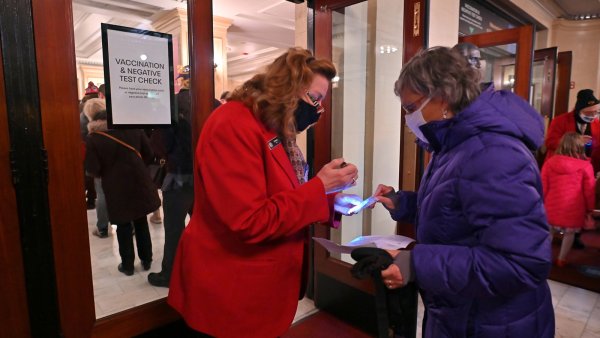 Dr. Anne Vankeerberghen, lead author of the case report and molecular biologist at the OLV Hospital in Aalst, said in a statement at the time that both the alpha and beta variants were circulating in the area at the time the case was discovered and it was likely the woman was infected by two different people.

Currently, both the delta and omicron variants are rapidly spreading in the U.S. and in Illinois.

"We do think at this point, vaccines are very likely to continue to protect against severe disease, but because there will be probably more transmission that makes it harder to control efforts," Chicago Department of Public Health Commissioner Dr. Allison Arwady said. "And it puts everybody at some more risk."