As Illinois continues to bend its curve of new coronavirus cases, the alternate care facility at McCormick Place is being scaled down to reflect the lower number of cases in the state.

According to officials, 1,000 beds will be maintained at the McCormick Place facility, rather than the originally planned 3,000 beds.

Governor J.B. Pritzker says 500 of those beds will be used to treat "low-acuity" patients who don't require ICU care but who can be safely transferred to free up bed space at existing hospitals. The other 500 beds can be used for "low-acuity" patients, but can also be used for ICU patients who need negative pressure tents and other specialized equipment for treatment.

Nurses and doctors set to work at the McCormick Place facility will be deployed elsewhere in the state, Governor Pritzker said.

"We’re actually redeploying many of the people that we hired for those extra beds," he said Sunday. "We’re deploying those personnel to other areas of need, including needs around nursing homes and other facilities that we have across the state, where because of sickness there may be a reduction of staffing.”

State officials are currently in a holding pattern in building out the rest of the facility as the state approaches what it hopes is a peak in coronavirus cases.

Other facilities that were planned to help deal with a projected surge in coronavirus cases are currently being put on hold as well, according to Pritzker.

“Those other facilities don’t need to be spun up until there is a projection that we will need that capability,” Pritzker said. “We’re making them ready, so they’re in a state of readiness, but it doesn’t appear at the moment that we will need them in the near future.”

Supplies originally designated for McCormick Place and other alternate care facilities will go elsewhere, according to officials.

According to data provided by the state of Illinois, 1,244 ICU beds are currently being used to treat patients with coronavirus. Of the state’s 3,456 ICU beds, 947 are currently available.

Of the 3,303 staffed ventilators in the state, 1,810 are currently available, according to state data.

As of Saturday, more than 40,000 coronavirus cases have been reported in Illinois. The state is currently ramping up testing efforts, testing more than 10,000 people in each of the previous two days. 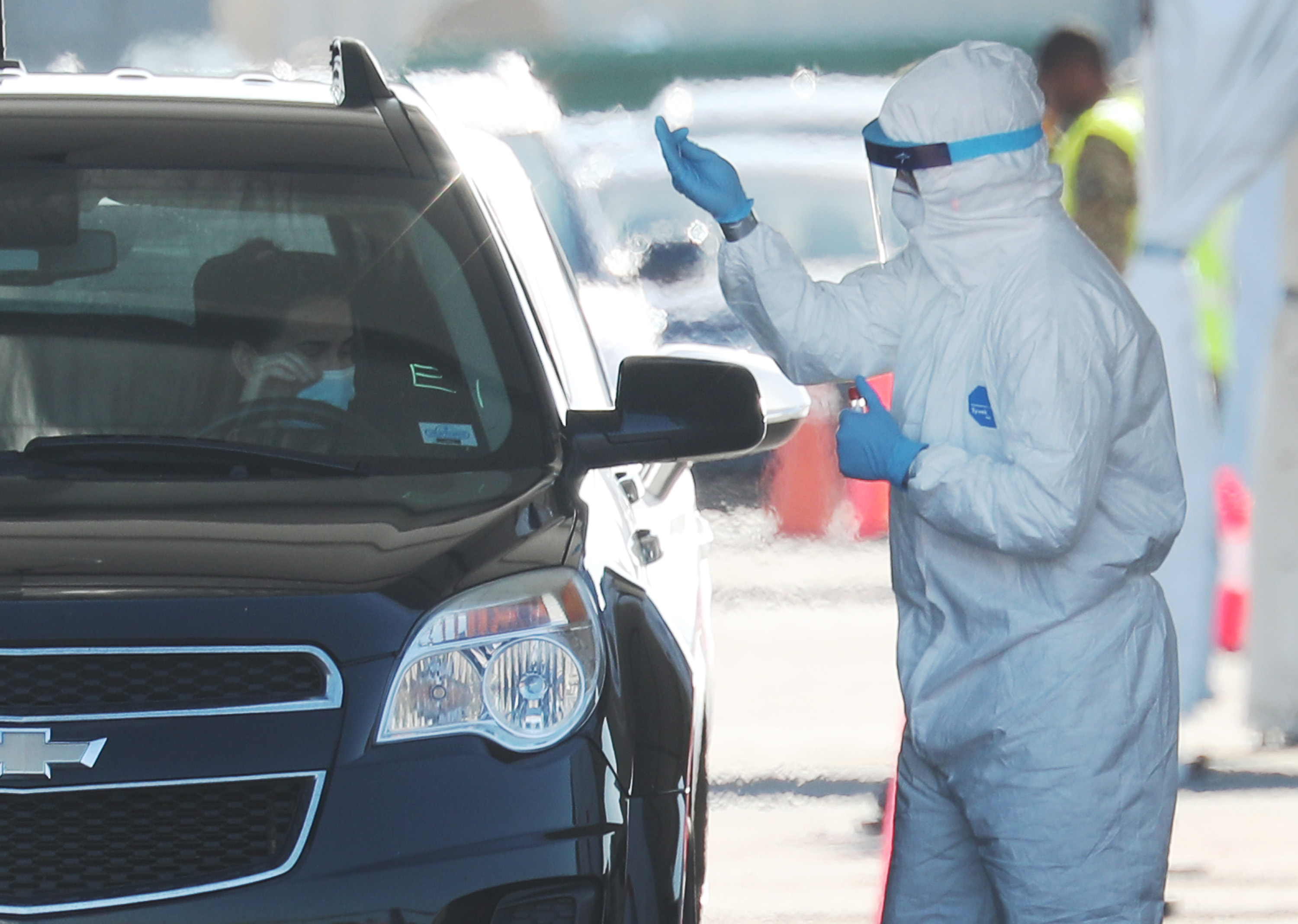