LONDON — The co-founder of Chinese smartphone maker OnePlus is challenging Apple with a cheaper alternative to the tech giant's popular wireless earbuds.

Now, Pei is back with a new hardware venture called Nothing, which aims to develop a series of smart devices connected through an app. On Tuesday, the London-based start-up debuted its first product, a set of wireless earbuds called Ear 1. 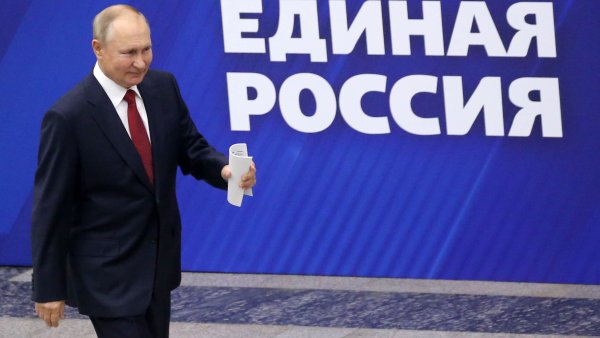 The headphones are "true wireless," meaning there's no cord linking them together. They come with active noise cancellation, similar to the AirPods Pro. But at $99, they are much cheaper than Apple's mid-range earphones, which cost $249, as well as Samsung's $200 Galaxy Buds Pro.

"We saw that the true wireless market was growing pretty quickly this year," Pei, 31, told CNBC. "It felt like a place where we could make a difference."

According to Counterpoint Research, sales of true wireless earbuds reached 233 million units in 2020 and are expected to surpass 300 million units this year.

Pei's venture is up against some stiff competition. Apple last year accounted for almost a third of the market, while China's Xiaomi and Samsung were the second and third-largest players by market share.

But Pei thinks most consumer tech today feels "cold," and thinks there is ample opportunity for an upstart player to gain a foothold in the market.

"There's a general lack of interest in consumer tech," Pei said. "Instead, there is a lot of negativity around tech — tech companies being monopolistic, privacy issues and whatnot — and if you look at products, it's also become more iterative and less fun."

Nothing is hoping a few quirks in Ear 1's design can help it differentiate from rivals. For one, Nothing's earbuds show users the magnets that connect to its case, which are usually hidden in most wireless headphones.

The unusual request to make the magnets visible resulted in two factories parting ways with Nothing because it was considered too small a firm, Pei said.

The Ear 1's case is also transparent, and has a dimple in between both buds to make it easier to hold.

Another unusual choice of design with the Ear 1 is the lack of the letters "L" and "R" to show users which earphone is left and which is right. Instead, the right earbud has a red dot while the left one has a white dot.

According to Pei, the color "red" would translate into "right" for many hardcore audio fans. With RCA audio cables, for example, red typically represents the right audio channel.

Design quirks aside, Nothing says the Ear 1 can play music for up to 5.7 hours of listening time after a single charge and up to 34 hours with its case — longer than the AirPods Pro. Each bud weighs 4.7 grams.

It comes with three different mics, two of which collect ambient noise while the third focuses on voice. Nothing says it's also using machine learning to block out different types of background noise.

A limited number of Ear 1 units will ship on July 31, Nothing said, while open sales will begin on Aug. 17. In Britain, the headphones will be available at luxury department store Selfridges.

Nothing auctioned off 100 limited-edition engraved versions of the Ear 1 on the StockX marketplace last week, with one unit fetching an eye-watering $1,029.

The exclusive nature of the Ear 1's debut is reminiscent of old OnePlus phone launches, which were often invitation-only.

Nothing has raised over $20 million to date from investors including Alphabet's GV, iPod inventor Tony Fadell and YouTube star Casey Neistat. The firm is aiming to raise funds again either later this year or early 2022.