Some states are requiring workers who received a federal tax break on unemployment benefits to file an amended tax return to get their refund.

This largely applies to taxpayers who'd filed a federal and state tax return before the American Rescue Plan became law. 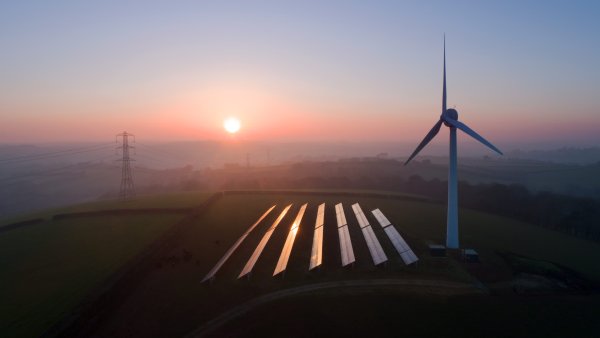 That $1.9 trillion Covid relief measure waived federal tax on up to $10,200 of unemployment benefits collected last year, per person. (The maximum is double for a married couple.)

More from Personal Finance:
Stimulus check less than expected? How the IRS will let you know
How to handle an inherited 401(k) or IRA
People weigh 'revenge spending' with $1,400 stimulus check

President Joe Biden signed the bill on March 11 — about a month into tax season.

Many people filed their returns without claiming the tax break, meaning they likely overpaid their taxes and may be owed a refund.

The IRS is issuing federal tax refunds automatically starting in May. (It may also apply the funds to other taxes owed.) It's unclear how many people are affected.

Taxpayers won't have to file an amended federal tax return unless the unemployment tax break makes them newly eligible for tax benefits like the earned income tax credit.

Taxpayers may not be so lucky at the state level.

For one, a dozen states aren't offering the federal tax break on unemployment benefits, meaning workers have state tax liability.

States that did adopt the federal tax cut may not issue a refund automatically.

"There are probably a ton of people who got unemployment who rushed to file," said Albert Campo, a certified public accountant based in Manalapan, New Jersey. "People are still in panic mode and wanted a refund as soon as possible."

In such cases, taxpayers who filed early may need to file an amended state tax return to get a state tax refund.

The situation will vary by state.

Doing so could mean a lower tax, a larger refund and qualification for certain tax credits and exemptions for which they were previously ineligible, according to the state Taxation and Revenue Department.

The federal tax break is technically an "exclusion." It lets taxpayers exclude up to $10,200 of unemployment benefits from their taxable income. A state tax return filed before mid-March will still reflect a higher income, without the exclusion applied.

"Taxpayers who filed their income tax returns before the passage of the American Rescue Plan Act may wish to file an amended return to reflect their new [adjusted gross income] ... and to claim any refund they may now be owed," according to the New Mexico tax agency.

However, the Massachusetts Department of Revenue is urging taxpayers who filed their 2020 returns without claiming the tax break not to file an amended state return.

"If a taxpayer is eligible for a refund, the Department will issue a refund payment to the taxpayer and the taxpayer need not take any action," the agency said.

Massachusetts Gov. Charlie Baker signed a law April 1 offering the tax benefit to households whose income is less than 200% of the federal poverty level.

Twelve states aren't offering the unemployment tax break, according to H&R Block data as of April 5.

Taxpayers in these states who filed a tax return after the American Rescue Plan passed may have mistakenly excluded unemployment benefits from their state tax return as well as their federal return.

Such taxpayers should have added back unemployment benefits to income on their state tax returns.

But some states aren't correcting the returns automatically. They're telling taxpayers to file an amended state tax return to accurately reflect income.

That's the case in New York, for example.

"If you already filed your 2020 New York State return, and you did not add back unemployment compensation that was excluded from your federal gross income, then you must file an amended return with New York State," according to the Department of Taxation and Finance.

In other states like Hawaii, the situation is even more complex.

The Hawaii State Legislature is considering adopting the unemployment tax break. But taxpayers won't know whether the measure will be adopted until after the legislative session adjourns on April 29, according to the Hawaii Department of Taxation.

That puts taxpayers in a bind. The state didn't extend the tax deadline, which is currently April 20. Taxpayers likely won't know what the final rules are when they file their state taxes.

The state is urging taxpayers to file a state return without claiming the tax break.

"If Hawaii does conform to any of the federal provisions that reduces the tax amount owed after you've already submitted your return, an overpayment may be claimed by filing an amended return," according to the Department of Taxation.

Taxpayers in such cases may strongly consider filing for a tax extension, Campo said.

They'd still have to estimate and pay their taxes by the state tax deadline, but wouldn't then incur the cost of filing an amended return later, he said.

A similar dynamic may occur in other states, too.

Arizona and Vermont, for example, are allowing residents to claim the tax break on state tax forms but haven't yet officially adopted the federal rule, according to H&R Block. If they ultimately don't, an amended return may be necessary.