The Toronto Raptors will start their 2020-21 regular season in Florida after the Canadian government said they can't play games in the country due to Covid-19.

Raptors president Masai Ujiri said the team "worked diligently" on a safety plan to play at the team's home court, Scotiabank Arena, but the team wasn't able to convince officials to allow play. 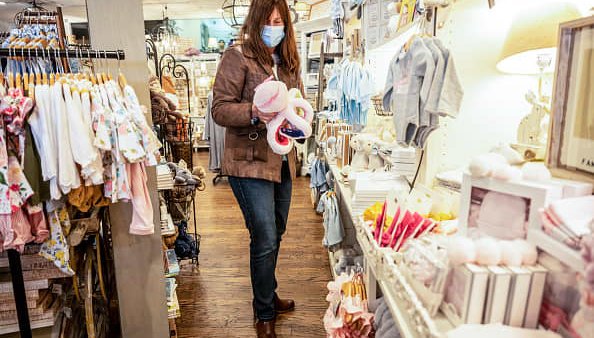 April's Inflation Surge Wasn't as Drastic as It Looked, But the Real Test Is Still Ahead

"These conversations were productive, and we found strong support for the protocols we put forward," Ujiri said in a statement. "Ultimately, the current public health situation facing Canadians, combined with the urgent need to determine where we will play means that we will begin our 2020-21 season in Tampa, Florida."

The news didn't come as much of a surprise with Covid-19 cases on the rise in the U.S. On Friday morning, Canadian Prime Minister Justin Trudeau announced the country will extend its Canada-U.S. border restrictions due to the pandemic.

The national seven-day average of daily new infections in the U.S. is now more than 161,100 cases. While cases are increasing, Florida is one of the few states that remain open for sports events with spectators.

Tampa Bay will also host the National Football League's Super Bowl LV on Feb. 7 at Raymond James Stadium. The NFL says it will have 20% capacity for the game and will not accept cash at its events.

The Raptors, who won the NBA Finals in 2019, aren't the only team that couldn't secure approval. Major League Baseball's Toronto Blue Jays played its 2020 regular-season in Buffalo. The NHL received approval to play its bubble in Canada, but teams remained in the country without traveling.

"We want to thank all levels of government and their public health officials for their dedication to this process and for looking after the health of Canadians," Ujiri said. "We commit to continuing our work together, planning for a safe return to play in Toronto. And as an organization, we remain committed to doing all we can to promote and demonstrate public health measures to help combat the spread of COVID-19 in Canada."

The NBA will start its new campaign on Dec. 22.