The analysis evaluated 95 confirmed COVID-19 infections among the trial’s 30,000 participants. Moderna, which developed its vaccine in collaboration with the National Institute of Allergy and Infectious Diseases, said 90 cases of COVID-19 were observed in the placebo group versus five cases observed in the group that received its two-dose vaccine. That resulted in an estimated vaccine efficacy of 94.5%, it said.

Shares of the company jumped more than 12% in premarket trading.

The announcement comes on the heels of similar news last week from Pfizer’s late-stage COVID-19 vaccine trial as pharmaceutical companies across the world race against the clock to find ways to prevent the virus, which has spread to more than 54.4 million people, killing more than 1.3 million, according to data compiled by Johns Hopkins University. 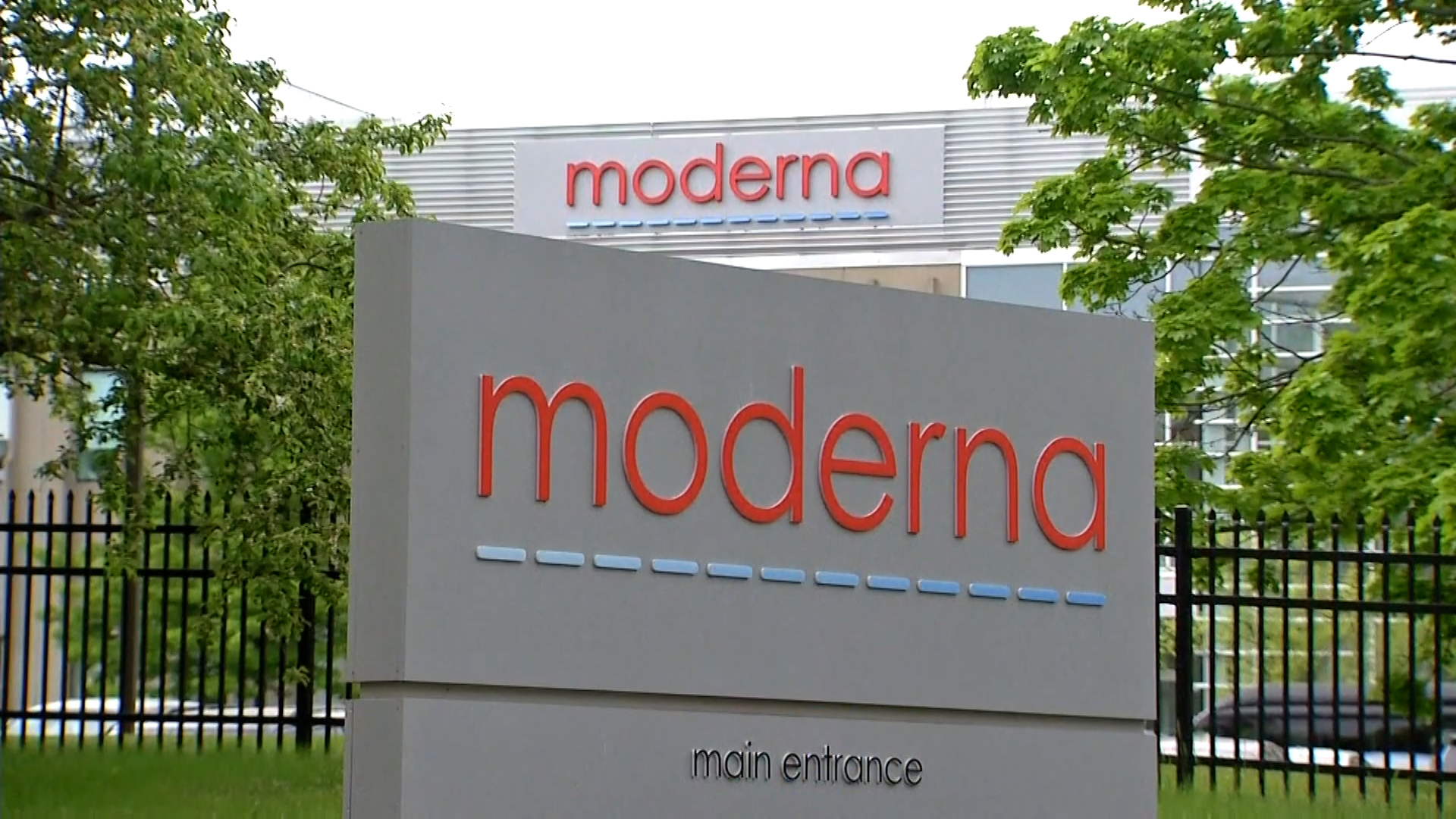 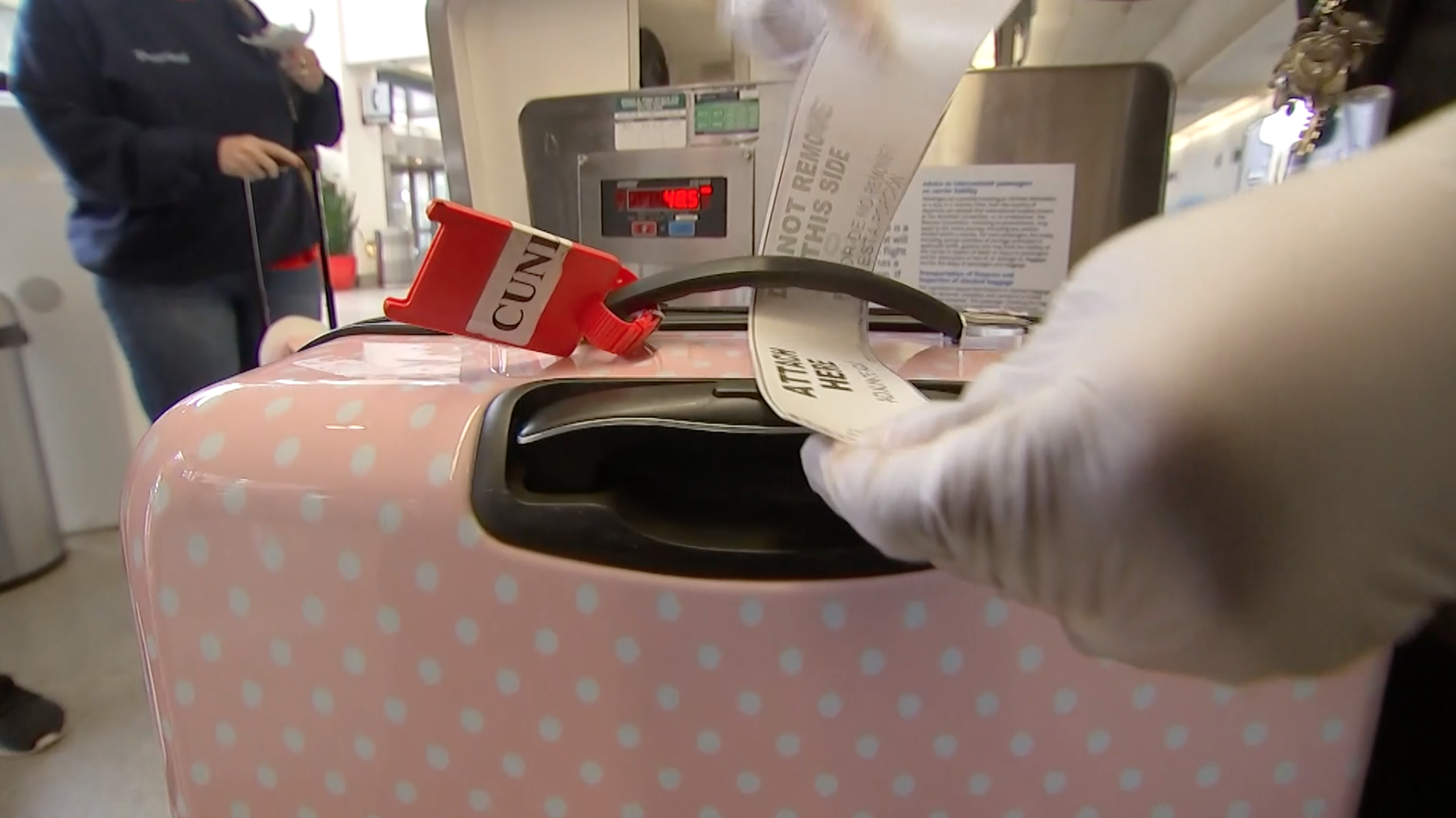 30-50% of US Expected to Travel for Holidays

Health and Human Services Secretary Alex Azar told CNBC on Monday that U.S. Food and Drug Administration will move “as quickly as possible” to clear Pfizer and Moderna’s coronavirus vaccines for emergency use.

Bancel called it a “pivotal moment.”

“Since early January, we have chased this virus with the intent to protect as many people around the world as possible. All along, we have known that each day matters,” he said in a statement. “This positive interim analysis from our Phase 3 study has given us the first clinical validation that our vaccine can prevent COVID-19 disease, including severe disease.”

The Cambridge, Massachusetts-based company also said there were no “significant” safety concerns, adding the vaccine was generally safe and well tolerated with the majority of adverse events in participants being labeled as mild or moderate. Side effects included pain at the injection site and, after the second dose, fatigue, muscle pain and headaches.

“Knowing that we have a vaccine that would help more people who would take it is just a wonderful feeling,” Bancel said in an interview with CNBC. “As you know a lot of people have been reluctant in surveys to take a vaccine because I think we’re worried about the politicization of a vaccine, they’re worried about what you get with a flu shot you know 50% to 60% efficacy.”

Bancel said the company plans to test the vaccine in teens “very soon,” followed by children under the age of 12. “We have to be very, very careful because safety is priority No. 1,” he said in a separate interview on CNBC’s “Squawk Box,” adding most trials test vaccines on healthy adults first to assess safety.

Investors were expecting Moderna’s vaccine to be highly effective after Pfizer, another front-runner in the COVID-19 vaccine race, said last week that its product was more than 90% effective. Moderna’s candidate, like that of the Pfizer-BioNTech partnership, is using messenger RNA, or mRNA, technology. It’s a new approach to vaccines that uses genetic material to provoke an immune response.

Medical experts note it remains unclear how long the vaccine provides immunity and whether or how often people may need periodic booster shots.

On a call with reporters Monday, Dr. Anthony Fauci, the nation’s leading infectious disease expert, said the promising data from Pfizer and Moderna doesn’t mean people should let their guard down, urging Americans to continue to wash their hands, wear masks and maintain their distance from others.

Moderna told investors on Oct. 29 that it was “actively preparing” for the global launch of its potential vaccine after completing enrollment in its phase three trial a week earlier. It said about 37% of the participants were from minority communities and 42% had other conditions or ages that put them at high risk of severe disease. Males outnumber females in the trial by 53% to 47%.

Out of the 95 COVID-19 cases, 20 participants identified as being from “diverse” communities, including 12 Hispanic people, four African Americans, three Asian Americans and one multiracial. Fifteen were adults over the age of 65.

Moderna said it plans to apply for emergency use authorization from the Food and Drug Administration in “the coming weeks.” The trial will continue to accrue additional data relevant to safety and efficacy even after an application is submitted, the company said.

By the end of the year, Moderna expects to have approximately 20 million doses of the vaccine ready to ship in the U.S., the company said. It said it remains on track to manufacture 500 million to 1 billion doses globally in 2021.

Between Moderna and Pfizer, Azar told CNBC there will be roughly 40 million doses of vaccine available by the end of this year, enough to inoculate about 20 million people since both vaccines require two shots. The goal is to provide enough coronavirus vaccine doses to all Americans who want to be vaccinated against the disease by the second quarter of 2021, Azar said.

The company already has supply agreements in North America, the Middle East and in other regions of the world. It announced in August that it had reached a deal with the U.S. government to supply 100 million doses of its vaccine. The deal gives the federal government the option to purchase up to 400 million additional doses. The U.S. had already invested $955 million in Moderna’s COVID-19 vaccine development, bringing its total investment up to $2.48 billion, the company said at the time.

In August, Moderna said it was charging between $32 and $37 per dose for its vaccine for some customers, under cheaper “pandemic pricing.” The company said it was in discussion for larger volume agreements that will have a lower price.

– CNBC’s Meg Tirrell and Noah Higgins-Dunn contributed to this report.