The self-driving car start-up said Friday it submitted a permit for an autonomous vehicle deployment with the California Public Utilities Commission. It is the last of six permits needed from the CPCU and California DMV to begin charging the public for rides.

It's unclear how long the review and approval process may take. Cruise is the first company to apply for the permit. Cruise CEO Dan Ammann recently said the company expects to begin commercialization as early as next year, pending regulatory approval. 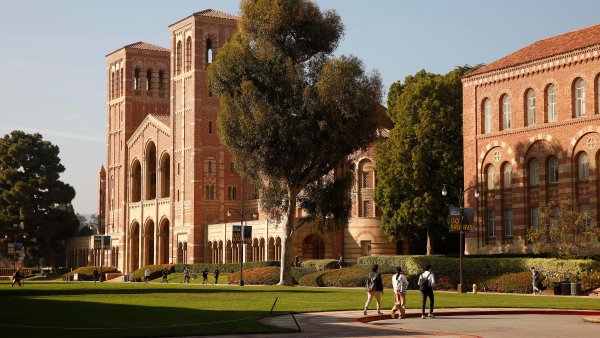 CA Program Will Pay College Kids $10,000 for a Year of Volunteer Work—and It Could Be ‘Replicated Across the Nation'

If approved, Cruise could become the first company to operate a taxi fleet without human drivers. Alphabet-backed Waymo has also received approval from the California DMV to charge for robotaxi rides, but their permit still requires a "safety driver" to be in the vehicle in case of a problem.

Under the most recent authorization, Cruise vehicles can operate on public roads in designated parts of San Francisco between 10 p.m. and 6 a.m., including in light rain or light fog. However, they cannot exceed 30 miles per hour, according to the DMV.

Commercializing autonomous vehicles has been far more challenging than many predicted even a few years ago, but Waymo and Cruise are considered to be two of the front-runners.

Cruise was expected to launch a ride-hailing service for the public in San Francisco in 2019. The company delayed those plans that year to conduct further testing and obtain the needed regulatory approvals.

Cruise was first granted a DMV permit for self-driving vehicles in June 2015. Since then, it has slowly expanded testing locations and scaled up its fleet to hundreds of autonomous vehicles, while obtaining additional permits.

Cruise's current vehicle fleet includes Chevrolet Bolt EVs retrofitted with self-driving vehicle software and extra technologies, such as cameras, radars and lidar that allow the vehicles to "see" its surroundings.

Its next vehicle fleet is expected to be made up of the Cruise Origin, a rectangular shuttle-like vehicle that has been solely designed to be an autonomous vehicle. Ammann said earlier this year that GM is expected to begin producing the Origin for Cruise in early 2023.

GM acquired Cruise in 2016. Since then, it has brought on investors such as Honda Motor, Softbank Vision Fund and, more recently, Walmart and Microsoft.