Ford has laid out plans to roll out three new passenger electric vehicles and four new commercial EVs in Europe by 2024, with the company saying it expected to sell over 600,000 EVs per year in the region by 2026.

The automotive giant also wants all vehicle sales in Europe to be zero-emission by 2035.

In a statement Monday, Ford said the ramp up would commence with the production of a medium-sized electric crossover in Cologne, Germany, in 2023.

Then the manufacture of another electric vehicle in Cologne will start in 2024, while an electric version of the Ford Puma, produced in Romania, will be available the same year.

On the commercial vehicle front, four new electric versions in Ford's Transit range will also be produced, starting in 2023.

In comments made Monday, Ford of Europe's chair, Stuart Rowley, said electrification represented "the most transformative change in our industry in over 100 years." 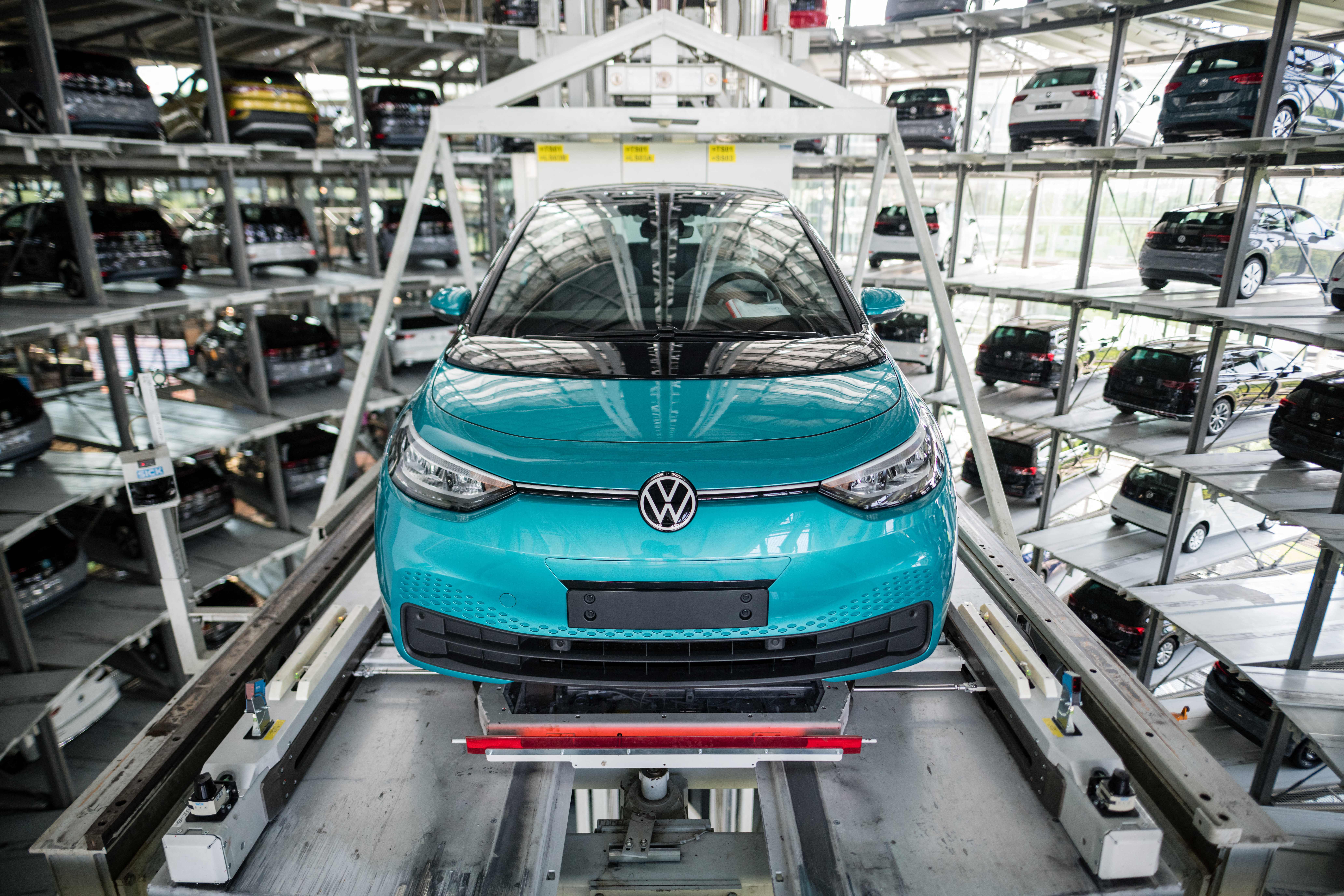 Ford also said it had signed a non-binding memorandum of understanding with South Korea's SK On Co. and Turkey's Koç Holding. The MOU relates to the establishment of a joint venture centered around the development of a commercial EV battery facility near the Turkish capital of Ankara.

If all goes to plan, it's hoped production at the plant could begin by the middle of this decade. Ford said the JV had support from the Turkish government and would have a capacity ranging between 30 to 45 gigawatt hours per year.

All the above comes at a time when the European Union is looking to reduce the environmental footprint of transportation.

The European Commission, the EU's executive arm, is targeting a 100% reduction in CO2 emissions from cars and vans by 2035. Turkey, where the battery facility would be located, is not part of the EU.

The U.K., which left the EU at the end of January 2020, wants to stop the sale of new diesel and gasoline cars and vans by 2030. It will require, from 2035, all new cars and vans to have zero-tailpipe emissions.

Monday's announcement follows on from Ford saying on Mar. 2 it would separate its electric and internal combustion engine businesses into different units.

Ford is one of several major automotive companies attempting to expand its electrical vehicle offering and challenge Elon Musk's Tesla.

In March 2021, Volvo Cars said it planned to become a "fully electric car company" by the year 2030. Elsewhere, BMW Group has said it wants fully electric vehicles to represent at least 50% of its deliveries by 2030.

In Feb. 2022, the Chief Operating Officer Ashwani Gupta of Nissan explained his company had decided to move away from the development of new internal combustion engines in Europe once a tougher set of emissions standards, known as Euro 7, come into force.

Correction: This story has been updated to reflect that Ford made an announcement about separating its electric and internal combustion engine businesses on Mar. 2.