In June 2018, Oculus executive Jason Rubin sent an email to Facebook board member Marc Andreessen with the subject line "The Metaverse."

"We believe that the right way to break through consumer indifference to VR is to deliver what they expect and want from the medium: THE METAVERSE," reads the first slide of a 50-page document outlining a strategy for building a virtual world.

The three-year-old document, obtained by CNBC, laid the foundation for the futuristic ambitions of Meta, the company that until now was called Facebook. CEO Mark Zuckerberg's hour-long demo on Thursday, which culminated in the announcement of the new company name, was designed to portray a very different world than the one we currently inhabit at a time when Facebook faces a non-stop barrage of negative headlines tied to the addictive nature of its social media products. 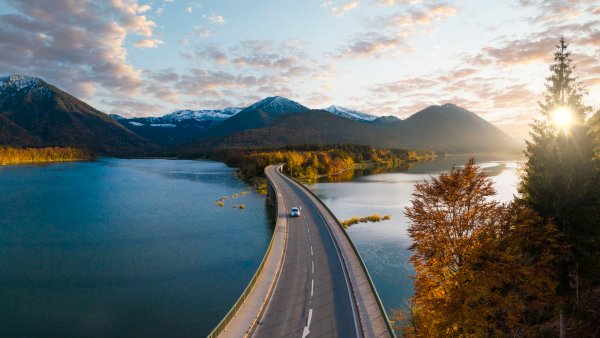 Zuckerberg told viewers that the company sees the metaverse, which will take five to 10 years to go mainstream, as the next frontier in technology — the place where people will live, work and play. His presentation came just days after the company announced in its earnings report that the Reality Labs hardware division will become its own financial reporting segment as of the fourth quarter.

The paper sent to Andreessen in 2018 now looks like the first draft of history. It imagined users floating through a digital universe of virtual ads, filled with virtual goods that people buy. There would be virtual people that they marry, while spending as little time as possible in the so-called "meatverse" — referring to the real world because humans are flesh and blood.  Rubin used the phrase "shock and awe" 12 times to describe the desired experience.

Andreessen was a critical recipient, not just because he's been on Facebook's board since 2008, but also due to his influence in this specific space. Through his firm, Andreessen was an early backer of Oculus and also put money into Roblox, the gaming platform for kids that's focused on building its own metaverse.

The document was also sent to Andrew "Boz" Bosworth, the head of Facebook's hardware division, who was promoted in July to chief technology officer (starting next year) and to Hugo Barra, the company's vice president of virtual reality. The person who shared the document with CNBC wasn't authorized to speak about it, but Rubin confirmed its validity in an interview on Friday.

"The Metaverse is ours to lose," reads one of the first section heads in Rubin's paper. He went on to say that Facebook started thinking about the concept of the metaverse as a way to appeal to general consumers, because VR wasn't broadly popular.

Facebook acquired Oculus for $2 billion in 2014, and as of June 2018, the company's VR headsets had amassed 250,000 monthly active players, according to the document. But despite hundreds of millions of dollars invested in content for "early adopters and pioneers," Rubin wrote that the devices hadn't caught on with non-hardcore gamers and "the average consumer is waiting for the day that VR is 'fully baked.'"

"We believe that 'fully baked' means the metaverse," Rubin wrote. "Only such a massive launch will be able to get the attention of VR doubter and VR-maybe-tomorrow crowd."

Rubin, whose title at Meta is now vice president of metaverse content, told CNBC that his paper was read fairly widely, but it wasn't the only one getting attention.

"A lot of people had visions of the metaverse at the time, and there were various documents that were floating around with various opinions," Rubin said on Friday. "I wanted to get mine out there. That's how we create things here at Facebook. There's a lot of ideas, a lot of people and they kind of boil up. I'd like to think that some of it was useful."

'We must act first'

Rubin predicted in the paper that the project could potentially be built in four years and that Facebook could go it alone. But he now realizes that it will take more time and that Meta is going to have to partner with a wide array of companies rather than owning and controlling the whole system.

"That's another way in which we've evolved our thinking," said Rubin, who was previously an executive in the video game industry. "We have to work with others, we have to build it in a lot of steps because it's going to take a long time."

When he wrote the document, Rubin indicated he wasn't sure how much time Facebook would have. He just knew it was important to "go for the kill" and outrun the competition

"The first metaverse that gains real traction is likely to the be the last," Rubin wrote. "We must act first, and go big, or we risk being one of those wannabes."

Facebook had the potential to effectively shut competitors like Google, Apple, Sony, HTC and Valve out of the VR market, he wrote, adding that Sony was focused on the PlayStation 5, HTC was unhappy with its potential hardware partners and Facebook was investing more than Valve, the maker of Steam.

"Google and Apple don't really exist in VR in any real way yet," the document said. "Daydream is a joke," Rubin wrote, referencing a VR platform that Google ended up discontinuing a year later.

He also wasn't keen to partnering at the time. There was no point in working closely with other potential rivals, because Facebook should be where all users go for their virtual experiences, the document says.

Rubin emphasized on Friday that the company has moved away from that approach and that the plan is for the metaverse be interoperable and open, not "restrictive to one company."

A Meta spokesperson said in an emailed statement that technology has evolved since 2018, when the focus was mainly VR. The company said it has always expected competition in the market from Microsoft, Google, Apple, Sony, Roblox and many others.

"What has always been clear: investing in and building products that consumers want is the key to success; that we cannot build the metaverse alone; and that collaboration with developers, creators, and experts will be critical," the spokesperson said.

In one section, Rubin outlines a scenario featuring a fictional user named Priya, who visits the metaverse. Priya enters a virtual city equipped with a bowling alley, stores, theaters and a Facebook pavilion described as "the largest building, almost church like in its dominance of the square."

Priya can interact with others and use the metaverse currency to pay for her avatar's new hair style. Priya eventually meets another user who looks like a green and warty ogre. They end up getting married.

"The only thing she spends as much time doing as she spends in the Metaverse is working, eating, socializing, and sleeping in the IRL 'MEATverse,'" Rubin wrote. "Her entertainment time is spent more and more virtually. This is aided by Netflix, Facebook, Instagram and other Metaverse integrations."

A decade into this hypothetical scenario, Rubin says the company's metaverse would reach 100 million hardware units sold, with 50% being Oculus branded or licensed and the rest coming from other hardware makers.

Within two decades, time spent in the metaverse could rival that of "TV in the 90's and Facebook in recent years." And most importantly for Facebook, "net revenue after developer payout is billions a year," he wrote. That would come from the sale of virtual real estate, hats, weapons and status symbols.

Revenue would also come from ads, the market Facebook knows best. Rubin imagines Coca-Cola paying for prime placement of a pavilion, Ford paying for its virtual cars to be usable or Procter & Gamble promoting its brands on digital billboards. Gucci could open a virtual store and Comcast (owner of CNBC parent NBCUniversal) would pay for "a giant sign that says, 'Comcast: Get Better MetaSpeed!'"

"If the Metaverse is where people are spending time, then it is where the real economy will want to be," Rubin wrote. "It is our goal to bring the Metaverse to this stage. Anything short doesn't seem like it is a Facebook product."

Given that deep level of immersion, Rubin estimated that 100 million metaverse users could lead to more revenue than a real universe with one billion users.

To be successful, Rubin writes, the metaverse has to be scary. That is, it has to to be so ambitious, so bold, so filled with thousands of hours of gameplay, so life-altering that Facebook engineers are terrified of what they're up against.

"If delivering the Metaverse we set out to build doesn't scare the living hell out of us, then it is not the Metaverse we should be building, it is not what customers want, and it is, therefore, meaningless," he wrote. "Anything else is a Mini-verse."

Building all of that and reaching the universe of customers necessary, Rubin wrote, would require more than just internal resources. He suggested that Facebook would need a gaming studio with a team of more than 100 people that could create a massive multiplayer online game.

"One thing is absolutely clear: There is no team inside Facebook with the cohesion and experience of shipping large, technically challenging, awe-inspiring game/interactive product that is capable of producing the City," Rubin wrote, referring to the digital world the company was aiming to build. "For these reasons, we are going to need to make an acquisition."

He named as potential targets Insomniac Games and Gearbox Software. Other studios like Blizzard and Rockstar were too big and too profitable for an acquisition and too committed to their own universe.

Rubin ended up recommending Ready at Dawn, the studio behind "Lone Echo." Facebook did the deal in June 2020.

In addition to the metaverse's technological achievements, the launch of the product would be critical and would need to "create shock and awe," Rubin wrote.

Zuckerberg should avoid going up on stage at a conference with a slide behind him that reads, "Welcome to the Metaverse" if the company isn't ready to meet the moment.

"If we telegraph every step of our roadmap because we have keynote minutes to fill, the competition will always be one step behind," Rubin wrote. "Let's not do that. Let's wait until we have a Metaverse worthy of the name — a Fait Accompli."

Zuckerberg didn't fully heed that call. His presentation on Thursday was bold, but the world he depicted is nowhere near ready for consumer navigation.

The demo was a Pixar-like animation, showcasing software the company hopes to build. It was filled with users hanging out and working out as avatars or cartoonish versions of themselves. Zuckerberg acknowledged that the technology is a long way off, potentially as far as a decade into the future.

Some suggested that Facebook needed to change the conversation and distract the public after six damaging weeks of stories based on leaked documents from a whistleblower.

Rubin had a different explanation. He said the company now knows that to achieve its herculean mission, it needs to bring others along for the ride, kissing goodbye to the walled garden approach.

"This is a long journey that we're going to be on with a lot of different companies," Rubin said in the interview. "And you just can't keep it under wraps that long."