Facebook spent the weekend on the defensive after a series of stories in The Wall Street Journal last week exposed just how far the company has gone to prioritize profits over the health and safety of its billions of users.

It's a familiar pattern to those who have followed the social-networking giant over the past few years. Troubling anecdotes about Facebook and the behavior of its leaders get published by a major news outlet, followed by a firestorm of criticism and threats by lawmakers to regulate the company and to call top executives before Congress. 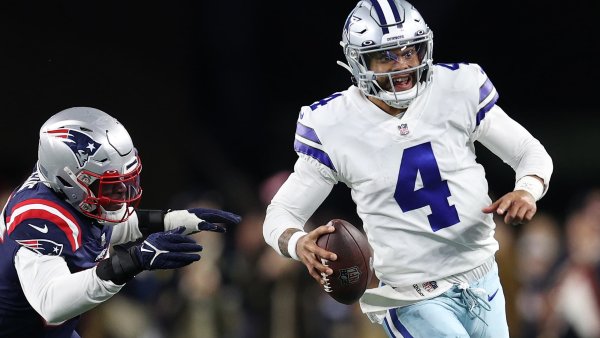 Then Facebook half-heartedly apologizes but not before taking swipes at the accuracy of the reporting and blaming the leakers who, in this case, were company employees. On Saturday, following the in-depth series from the Journal, Nick Clegg, Facebook's vice president of global affairs, put out a blog post titled, "What the Wall Street Journal got wrong — about Facebook."

The Journal's investigation showed how Facebook has repeatedly failed to properly address crucial problems highlighted in internal studies conducted by the company's own employees, such as how the most divisive content surfaces in so many news feeds because of its high engagement. The reports come two months after President Joe Biden said Facebook is "killing people" with misinformation about Covid-19 and vaccines and after the company struggled to find a consistent message for dealing with false information about the 2020 election.

The problems highlighted by the Journal were consistent with what Facebook critics have been saying for a long time: Executives are consumed with revenue growth and engagement.

One of the stories said that CEO Mark Zuckerberg was given a recommendation by an employee about a change the company could make to reduce the algorithmic boost given to harmful content that captured eyeballs and outsized attention. Zuckerberg responded by telling the employee he'd reject the proposal if it materially impacted users' interactions with one another, according to the report.

In a separate piece, the Journal outlined how Facebook has ignored or brushed over the mental health problems caused by Instagram, particularly for teenage girls. Facebook knew about the issues because the conclusions were drawn from its own research. Not only has the company failed to make improvements, but it's now planning a version of Instagram for kids under 13.

One thing Facebook tested as a potential fix on Instagram was hiding likes. After experimenting with the idea, Facebook found it didn't improve anything. Yet the company decided to roll out hiding likes as an option for users because it "would be received by press and parents as a strong positive indication that Instagram cares about its users," Facebook executives wrote, according to the report.

Another Journal report found that Facebook rarely addresses problems in markets outside the U.S. because it doesn't have enough people who speak the local languages or dialects needed to identify the issues. Thus, there are places where the site is overrun by anti-vaccine misinformation and other lies and conspiracy theories.

For a company that's worth $1 trillion and generated $86 billion in revenue last year and almost $30 billion in profit, an inability to hire the right experts is a poor excuse.

Facebook defended itself as it often does. The company accused the Journal of mischaracterizing its actions and for implying egregiously false motives on the part of its leaders and employees.

"Facebook understands the significant responsibility that comes with operating a global platform," Clegg wrote in the post responding to the series. "We take it seriously, and we don't shy away from scrutiny and criticism. But we fundamentally reject this mischaracterization of our work and impugning of the company's motives."

However, Clegg didn't refute any specific facts reported by the Journal, as the paper's own reporters have noted. And if the past is any indication, we shouldn't expect any dramatic changes from Facebook, as long as investors keep buying the stock and regulators fail to act.

A Facebook representative didn't have a comment beyond the blog post, but said, "we've also been working with WSJ reporters to make sure our responses are included in the series."