French leader Emmanuel Macron and his far-right rival Marine Le Pen topped the first round of presidential elections on Sunday, according to exit polls, and are set to face off in the final vote on April 24.

A flurry of early projections and exit polls showed incumbent Macron came first with 28.1-29.5% of the vote, followed by Le Pen on 23.3-24.4%. The different projections showed different tallies but all pointed toward a runoff between Macron and Le Pen in two weeks' time, with the gap between the two not as tight as some political analysts had been predicting.

Turnout was reportedly 4% lower than the 2017 election.

Hard-left candidate Jean-Luc Mélenchon came third in the field of 12 with roughly 20% of the vote. Most of the mainstream candidates that failed to make the runoff immediately backed Macron after the exit polls came in. Mélenchon told his supporters there "must not be one single vote for Le Pen in the second round."

Macron warned against complacency in a speech Sunday night, saying that "nothing is decided" and he world work hard to convince more people to vote for him. 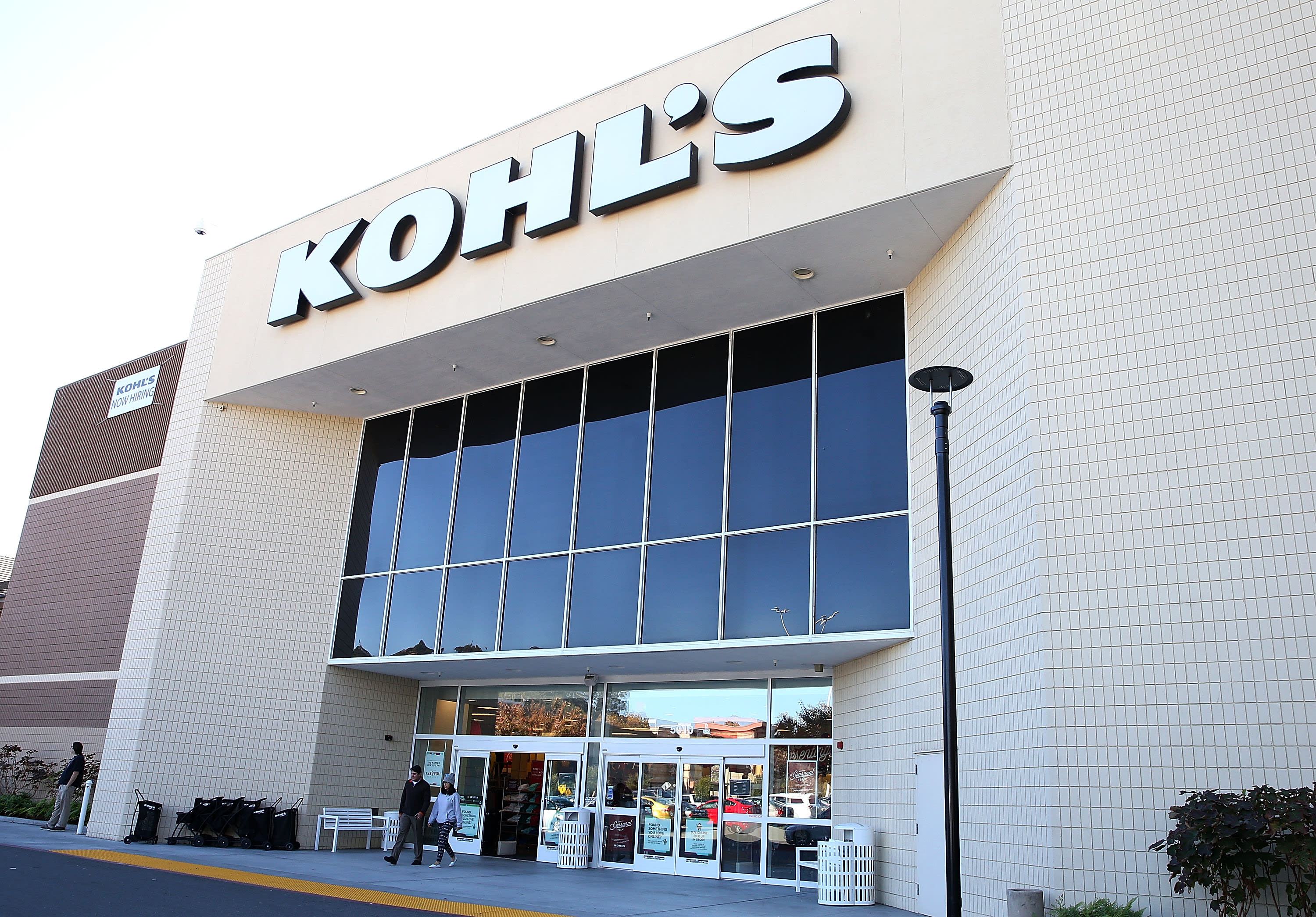 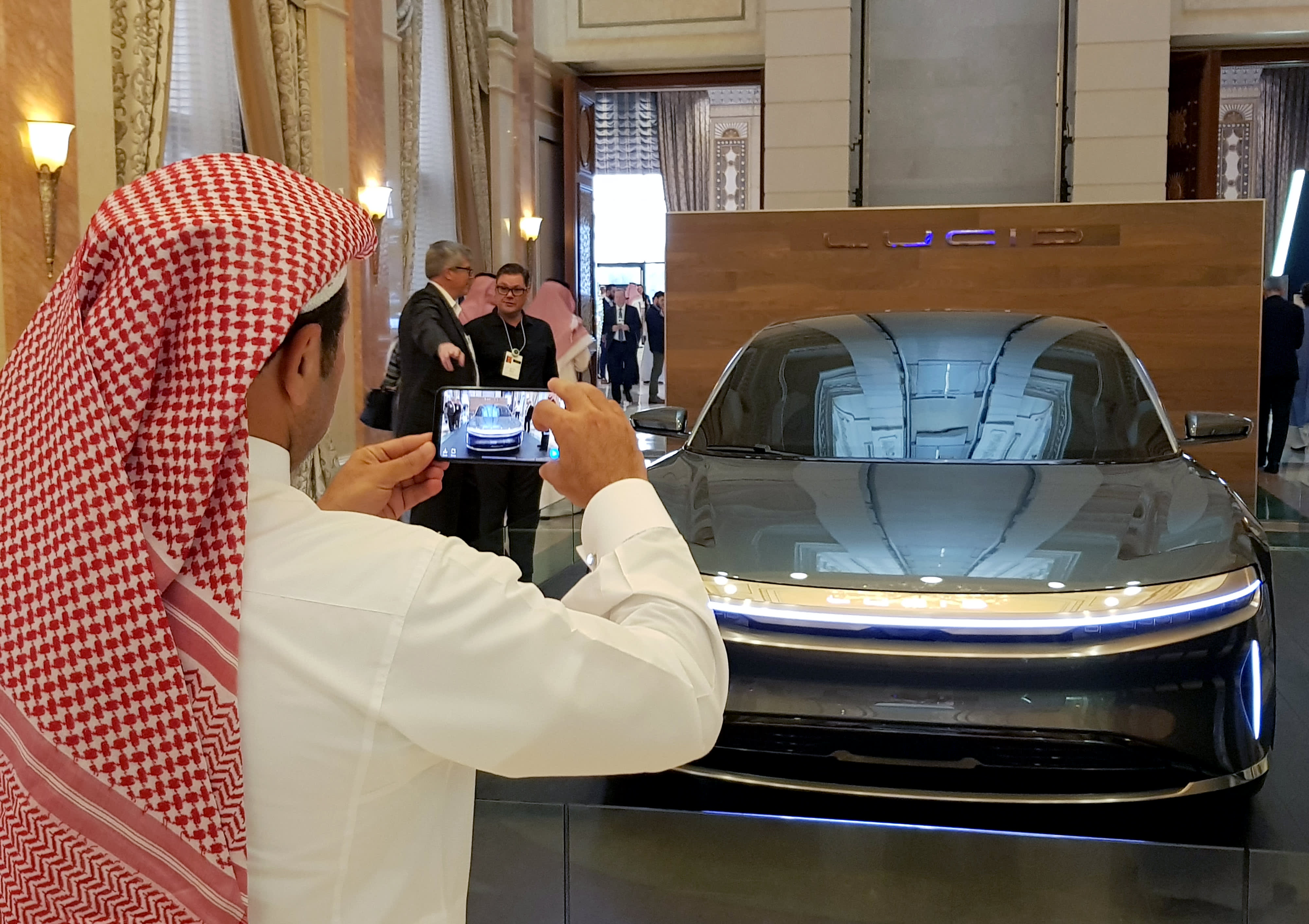 EV Maker Lucid to Accelerate Plans With Its Saudi Arabia Factory, Its First Outside the U.S.

The surging cost of living and the Russia-Ukraine war had been front and center ahead of the first-round vote.

Support for Macron had jumped following Russia's unprovoked invasion of Ukraine and his mediation efforts earlier this year. The French president has tried to broker diplomatic settlements between Kyiv and Moscow and called for a cease-fire, while also pushing the EU to take robust action against the Kremlin.

But that momentum dissipated in the run-up to Sunday's vote, with Macron being late to his domestic campaign trail due to his busy schedule and the voter polls tightening right up until election day.

The conflict has accentuated higher energy prices and the broader spike in inflation — something that Macron's government has tried to tackle. But it's an issue that his opponent Le Pen, who heads up the anti-immigration National Rally party — leveraged significantly in her campaign.

Le Pen, seen as economically left-wing despite being very much affiliated with the far fight in France, has been highly focused on the cost of living. Some of the recent skittishness in markets at the prospect of a Le Pen presidency has been attributed to concerns around the political and economic unity of Europe's response to Russia in the wake of its invasion of Ukraine.

Le Pen has in the past shown sympathies for Russia and President Vladimir Putin, and has been openly skeptical about the European Union. She has tried to distance herself from Putin and her campaign staff have denied reports that they were ordered to destroy thousands of leaflets that included a photo of Le Pen alongside Putin.

After losing that run-off resoundingly five years go, Le Pen is no longer campaigning on an exit from the EU or the euro, but her ascent to the presidency would likely throw a wrench in the works for the bloc.

Stephen Gallo, European head of FX strategy at BMO Capital Markets, said Sunday's result was largely as expected "which will remove tension from the FX [foreign exchange] market and provide a bit of relief to the [euro]."

"As before the probabilities still point to a Macron win, but the available data concerning net positioning in EURUSD on the part of leveraged funds do not suggest FX investors were anticipating a vastly different result," Gallo said in a research note Sunday.

He added that there were a number of factors creating uncertainty regarding the second-round vote, such as abstentions and voter apathy, a televised debate on April 20, and the fact that the electorate still appears very divided.

"It's noteworthy that the second round candidates barely managed to capture 50% of the overall vote between them. There is a high risk that may of the votes captured by the losing candidates in round one go to neither candidate in round two," he said.

An Ipsos poll taken on Sunday for second-round voting intentions showed that Macron would win 54% of the vote on April 24, and Le Pen 46%.