The company's massive "other" business category, which is primarily (but not exclusively) ad revenue, grew 77% in the first quarter to $6.9 billion in revenue. 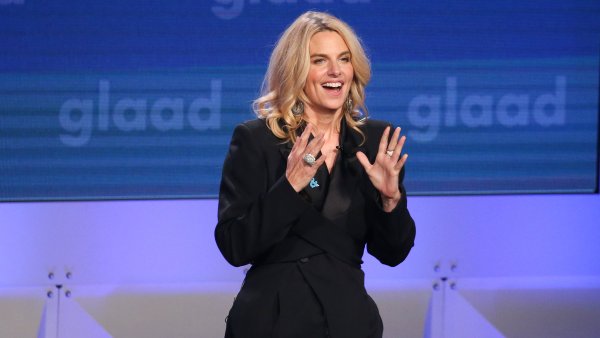 GLAAD CEO on Why She Put Off Coming Out at Work: ‘There Were No Lesbians Who Had Big Careers' 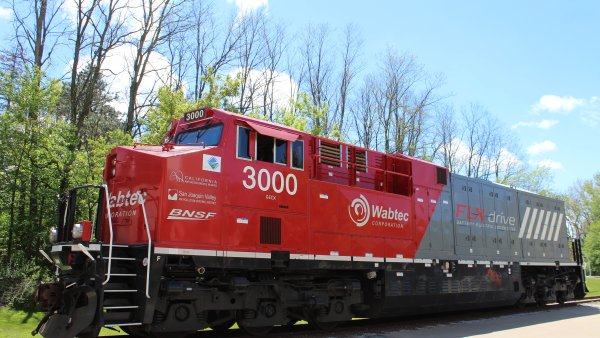 Apple's recent privacy changes, which make it easier for users to block advertisers from tracking them, could add more fuel to its growth.

Amazon holds an enormous amount of in-depth consumer data — as of last month, the company said it had more than 200 million global members in its Prime program. As Apple's App Tracking Transparency changes goes into effect, Amazon's data will likely become a more rare and valuable commodity for marketers.

Apple's changes to iOS 14.5 mean that iPhone and iPad users can opt out more easily from the kind of tracking that helps advertisers target ads or measure whether ads worked. Although Amazon will also have to show this prompt to its customers, it matters less for the e-commerce giant. When users are logged in to Amazon properties, the company can still track what they're doing in the app, which ads they saw or clicked or purchased from, regardless of whether a user opted in or not.

It's not yet clear how much other major players who rely more on third-party information (like Facebook) will be hurt by Apple's changes, or for how long. Ad agency leaders told CNBC their client budgets for the most part are staying stable as they wait and see how these changes will impact their campaigns' performances.

But many in the marketing world said they see Amazon, and similar data-rich ad offerings from companies like Walmart or Target, as a reliable way to keep getting the kind of data they rely on to target ads and measure performance. Amazon's strong first-party relationship with consumers means it could still collect activity across its various properties. If shoppers watch an ad on Prime Video, for instance, and eventually make a purchase later on, it should be able to offer marketers that intel.

With that status in the market, Amazon looks poised to keep expanding its role in the ad ecosystem. It could from its traditional role as a place where consumer packaged goods marketers push specific products to potentially expanding into a brand advertising powerhouse.

Representatives from Amazon declined to comment on the iOS 14.5 changes and its potential impact on the company's ad revenue.

Apple released iOS 14.5 last week, a regular update to its iPhone and iPad operating system. The update included a new framework giving users more transparency and control over apps that want to track them for advertising.

When users on the new iOS open an app, they see a pop-up asking if the app can access their unique device ID for advertisers. That pop-up will ask if they want to be tracked, and will show why the app wants you to opt in. For instance, an app might say you'll get ads that are more relevant to your interests if you allow tracking.

The impact is likely to vary. In January, MKM Partners released a study based on a framework to determine IDFA risk to online companies, based on seven factors. Of the companies examined, Amazon would be among the lowest tier of exposure, they said.

Experts largely see the "walled gardens" of Facebook, Google and Amazon as suffering less from the changes happening in the industry. Though advertising will lose much of the data the players have relied on, the large ones still have data around what people are doing on their own properties.

But even on the tier of the walled gardens, the impact will depend, and social networks may have less data that marketers want than an e-commerce player like Amazon.

When it comes to Amazon's bread-and-butter ad products – ads that let companies buy placement within Amazon sites and apps – advertisers are likely to see little impact, said Will Tjernlund, chief marketing officer of Goat Consulting, a firm that focuses on brands selling on Amazon.

"The traditional, older advertising products within Amazon will see no effect. It should be just as good as normal," Tjernlund said. "Since they use Amazon's own data, they attract people within Amazon's own websites or own apps."

And if users are logged in across different Amazon properties, that data shouldn't be impacted. For instance, if someone was logged in to Amazon's IMDb TV upcoming app, that data could be used for marketing purposes on the Amazon app, even if that user had opted-out of sharing their ad identifier on their phone.

"All that data is fair game for use in targeting ads to Amazon users on Amazon-owned properties," analyst and owner of website Mobile Dev Memo Eric Seufert said.

Where advertisers could start to run into some difficulty with Amazon in a post-IDFA world involves the company's ad products that involve off-site tracking, which aren't a huge proportion of its business.

For instance, Amazon may struggle somewhat with its demand-side platform, which advertisers can use to reach consumers both on Amazon properties and on third-party sites.

Following the changes by Apple and Google, which is planning to deprecate third-party tracking cookies, tracking off-site is not going to be as easy.

The pandemic and the rise of 'retail media'

Amazon sits at the forefront of another trend in marketing.

With so many consumers at home and not purchasing in stores at the beginning of the pandemic, brands were looking for even more intel into who their customers are and how they were buying.

Walmart, Target, CVS, Kroger and a slew of other companies have ad offerings in the "retail media" space – the ability to target ads for products where consumers are actually buying them on those sites. Forrester Research estimates brands spent at least $5 billion on retail media in 2020. Though some of these offerings have existed for years, retailers like Walmart have been doubling down in the area.

"It's booming. I mean, it's absolutely huge at this point," Colburn said. "We were very conservative in saying that brands spent at least $5 billion on retail media in 2020. It's much more than that."

In a world where advertisers have a more difficult time tracking consumers across sites, retail media solutions are a way to get more insight at the point of purchase.

"The problem is when you click on a Google ad or a Facebook ad, you don't know if it's converting or not," former Amazon employee and CEO of CommerceIQ Guru Hariharan said. CommerceIQ advises brands on their Amazon business. "You know it got clicked but you don't know who clicked it. So we're seeing a bunch of those dollars moving."

Following Apple's changes, "the ability for me to target you as a profile or a consumer is reduced, which means it becomes even less measurable, whereas Amazon and Walmart are becoming more and more measurable," Hariharan said. "If you're General Mills, Walmart becomes a lot more interesting to you because grocery shopping is still happening more on Walmart than on Amazon."

Moving up the funnel

Advertisers want to know they're getting their money's worth. So even if they're running a big branding effort that doesn't necessarily urge a consumer to buy a pair of shorts or download an app right away, they want to know the advertising did something. Brands may be looking for environments to advertise that gives them those answers once that ability becomes more difficult, once they can no longer rely on as much third-party data. Amazon, with its extensive first-party data relationships with so many consumers, is increasingly positioning itself as one solution.

Amazon's booming advertising business is primarily being driven right now by purchase-driven advertising. This includes "low-hanging fruit" like sponsored ads in search or elsewhere on the site, Mediaocean chief marketing officer Aaron Goldman said. But Amazon is increasingly making a play for more brand-driven advertising as well, which could accelerate growth significantly.

Amazon has already signaled it's deepening its brand advertising initiatives. During its inaugural NewFronts presentation on Monday, the company highlighted opportunities for marketers to tap into its video properties, including streaming platforms Prime Video, IMDb TV and Twitch, as well as big-ticket events like "Thursday Night Football." To that end, Amazon said its ad-supported video content now reaches more than 120 million monthly viewers.

Marketers and industry analysts told CNBC they believe it won't be long before Amazon ramps up audio advertising as well. The company said as much last month at the Interactive Advertising Bureau's annual leadership meeting, where it teased its upcoming moves in the podcast ads space. The company can leverage its recent purchase of podcasting start-up Wondery and its ad-supported Amazon Music service to drive additional advertising revenue, by allowing brands to buy ads alongside audio content.

Amazon is also growing brand advertising on its core e-commerce platform by featuring sponsored video ads within search, which is a valuable tool for small and big businesses that sell products on Amazon.

"I think this is a massive opportunity," Mindshare's McAndrew said. "You're going to see them move purposefully into the brand advertising area in ways they haven't before. They've got all the ingredients," to win in this realm, he said.

But there's still work to be done in this realm, MightyHive go-to-market director Nicholas Seo said.

"For some of these more creative formats that are more involved executions and integrations, there's a lot of work that needs to be done at the back end," he said. "I think the interest is definitely there, at least from our clients, but more so Amazon has prioritization to do as to where they want to focus. But we definitely see a lot of things ramping up on that side."

And it could promote even higher growth.

"I still think they can keep growing at 70% just off the backs of direct response, I think they can get north of 100% once they start fully monetizing the brand opportunity," Goldman said, pointing to opportunities like video and audio ads.