Supporters of former President Donald Trump continue to face arrest in connection with the Jan. 6 attack on the U.S. Capitol as the Justice Department ramps up its probe into the most significant breach of the federal government in modern American history.

At least three supporters of the ex-president were arrested as recently as Monday and charged with federal crimes related to the riot, according to court records. 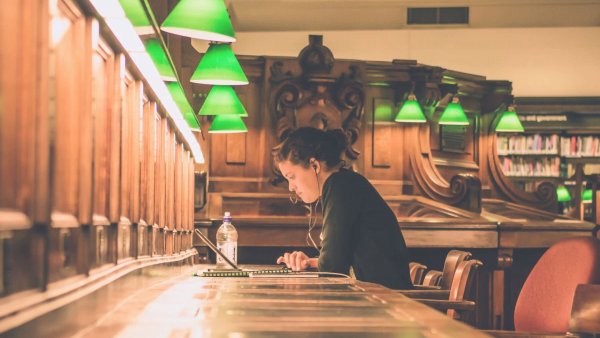 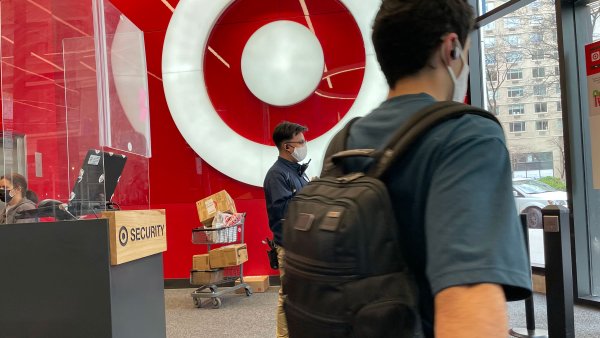 The Good and Bad News for Target Ahead of Earnings, According to Miller Tabak Analyst

Abram Markofski and Brandon Nelson of Wisconsin and John Douglas Wright of Ohio were all arrested that day and charged with breaking into the Capitol, the records show.

Filings from the Federal Bureau of Investigation show that Markofski and Nelson have been under investigation since shortly after a tipster got in contact with the FBI a day after the riot.

A charging document in Wright's case references four unnamed cooperating witnesses who each confirmed that he was at the Capitol on Jan. 6 based on Wright's own posts on Facebook.

The arrests come as federal prosecutors wrestle with how to proceed in the sprawling investigation, which now includes more than 400 defendants.

In late April, prosecutors said they expect to charge at least 100 additional people, calling the probe "one of the largest in American history, both in terms of the number of defendants prosecuted and the nature and volume of the evidence."

Officials have estimated that as many as 800 people may have participated in the effort to forcibly prevent Congress from confirming President Joe Biden's victory in November's election, meaning that despite the large number of arrests, many of those who entered the Capitol on Jan. 6 will not face charges at all.

The most serious charges have been filed against alleged members of the Oath Keepers and the Proud Boys, two right-wing groups. The Oath Keepers emphasize the recruitment of military and law enforcement members, while the Proud Boys have described themselves as "Western Chauvinists."

Prosecutors have alleged that members of the Oath Keepers and the Proud Boys worked together ahead of the riot to plan the attack. In court papers, they have cited messages from Kelly Meggs, an alleged member of the Oath Keepers, referring to an "alliance" between the two groups and apparently discussing plans for the riot.

The bulk of those who have so far been arrested in the probe have been hit with lesser charges. More than 350 individuals are facing charges of entering or remaining in a restricted building, the Justice Department has said. More than 100 people have been charged with assaulting, resisting or impeding an officer, according to a CBS News tally.

One of the central legal battles to date has been over whether defendants will be forced to remain in jail while their charges remain pending. In March, the federal appeals court in Washington handed prosecutors a setback via a ruling that suggested that nonviolent rioters shouldn't be locked up before they are convicted.

"In our view, those who actually assaulted police officers and broke through windows, doors, and barricades, and those who aided, conspired with, planned, or coordinated such actions, are in a different category of dangerousness than those who cheered on the violence or entered the Capitol after others cleared the way," Judge Robert Wilkins, an Obama appointee, wrote for a three-judge panel of the D.C. appeals court.

The appeals court ruling cleared the way for many of the alleged rioters to await trial from home. It came in connection with a case against Eric Munchel and his mother, Lisa Marie Eisenhart, who were subsequently permitted out of confinement. Munchel is allegedly the subject of viral photographs of a man wearing military gear and carrying zip-tie handcuffs inside the Capitol building.

Despite the March ruling from the D.C. Circuit U.S. Court of Appeals, lower court judges have agreed with prosecutors to allow some protesters to be locked up despite lacking evidence of violence on Jan. 6. Last month, for instance, a federal district judge in Washington ordered two alleged Proud Boys leaders to be jailed pending trial.

Judge Timothy Kelly acknowledged that Ethan Nordean of Seattle and Joseph Biggs of Florida lacked the "usual markers of dangerousness" but wrote that the two were charged with "seeking to steal one of the crown jewels of our country, in a sense, by interfering with the peaceful transfer of power."

Kelly wrote that the men were alleged to have "facilitated political violence," even if prosecutors did not have evidence that they personally committed acts of violence.

Experts have said prosecutors are likely looking to convince participants to plead guilty and agree to cooperate with the investigation.

So far, only one person, Jon Ryan Schaffer, has done so. Schaffer was a member of the Oath Keepers but was not one of the 12 individuals said to be affiliated with the group charged with conspiracy.

Schaffer pleaded guilty last month to two charges carrying a possible maximum sentence of 30 years in prison: obstruction of an official proceeding and entering and remaining in a restricted building or grounds with a deadly or dangerous weapon.

In a press release announcing Schaffer's guilty plea, released 100 days after Jan. 6,  then-acting Deputy Attorney General John Carlin touted the progress the Justice Department had made in the investigation and said that Schaffer had admitted to being a "founding lifetime member of the Oath Keepers."

"The FBI has made an average of more than four arrests a day, seven days a week since January 6th," Carlin said.

Subscribe to CNBC Pro for the TV livestream, deep insights and analysis.