The shareholders of the mystery $100 million New Jersey deli company Hometown International fired CEO Paul Morina — a high school principal and renowned wrestling coach — after weeks of questions about the firm and his role there, a financial filing revealed late Friday.

Hometown International's majority shareholders also voted to remove the company's only other executive, vice president and secretary Christine Lindenmuth, who works with Morina as an administrator at nearby Paulsboro High School. The deli, located just across the Delaware River from Philadelphia, is Hometown's only operating business asset. 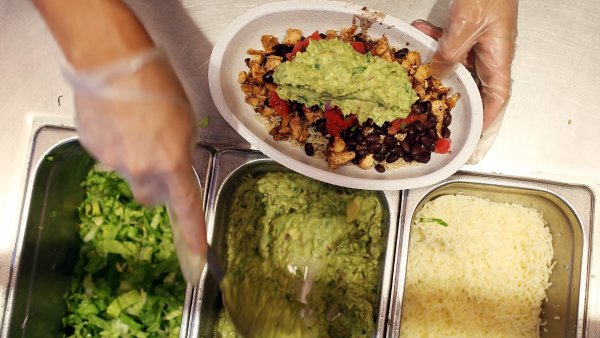 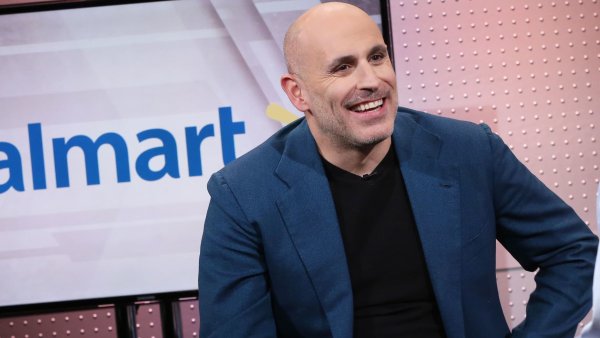 Their ousters came a week after a previously unreported resignation of the president of a shell company, E-Waste, which has multiple connections to Hometown International.

Securities and Exchange Commission filings show that the shareholders that voted to remove Morina and Lindenmuth almost certainly included all or some members of two different groups of investment entities, one based in Hong Kong, the other based in Macao, a special administrative region in China.

The moves at Hometown International and E-Waste appear — like other recent ones by each of the money-losing companies — to be an attempt to eliminate controversial issues that could harm their joint goal of merging with other firms in a transaction that would exploit their status as publicly traded companies on U.S. markets. Such a transaction would financially benefit existing shareholders.

A person familiar with the situation confirmed to CNBC later Saturday that the moves to replace the executives are part of ongoing housecleaning effort at both companies. This person declined to be named.

Morina, 62, held a slew of other titles at Hometown International before he was removed. According to financial filings, he owns 1.5 million common shares of the deli owner, making him, on paper at least, worth more than $18 million.

Your Hometown Deli in Paulsboro, N.J., is no mere neighborhood delicatessen. Despite racking up less than $40,000 in sales over the past two years, the deli's parent company has a $100 million valuation on the over-the-counter stock market.

CNBC has done some digging into the deli and the mysterious firms and investors linked to it. Here are some recent stories:

Morina was replaced as chief executive officer by Peter Coker Jr., who is Hometown International's chairman.

Coker Jr., who is based in Hong Kong, is aligned with the investment entities there that have major stakes in the deli owner.

The related shell company E-Waste replaced its own president, John Rollo, 66, after similar questions were raised by CNBC about him, that company and its similarly preposterous sky-high market capitalization despite a total lack of ongoing business.

Rollo, a Grammy-winning recording engineer, until recently was working as patient transporter at a New Jersey hospital.

Rollo, also a New Jersey resident, was replaced as E-Waste's president by 31-year-old Elliot Mermel, a California resident who is getting paid $8,000 per month in that role.

Pierce, who won an NBA title with the Celtics, last month was fired as an analyst by ESPN for a racy Instagram Live poss that showed him in a room with exotic dancers.

On Saturday, the Boston Globe reported that Pierce will be inducted into the Basketball Hall of Fame as part of its 2021 class.

Mermel also founded a biotech company and an artificial intelligence company, and was a business development consultant to a fertilizer company, according to a financial filing.

Mermel, a Colby University graduate, has another company, Benzions LLC, that had been collecting $4,000 each month since December under a consulting agreement with E-Waste.

That agreement was terminated as part of his taking over management of E-Waste, according to a Securities and Exchange Commission filing on Thursday.

The current president of Med Spa Vacations is former E-Waste president Rollo, who took that job in February, according to filings.

The changes in executive leadership at both Hometown International and E-Waste were disclosed in 8-K filings with the SEC.

The deli owner's filing gave no reason why shareholders who control 6 million shares of common stock — which represents about 77% of the company's voting power — voted out Morina and the 46-year-old Lindenmuth. At least 5.5 million of Hometown International's common shares are controlled by the Hong Kong and Macao investors.

Both Morina and Lindenmuth remain principals in the deli itself, according to the SEC filing.

Morina also is involved in an entity that leases the deli space to Hometown International.

E-Waste's filing said that Rollo resigned as president on May 7, a day after CNBC reported on the opaque nature of the Macao group of investors.

CNBC did not immediately receive replies to requests for comment from Morina, Lindenmuth, Rollo, Mermel and Hometown International's lawyer.

A spokesman for Maso Capital and its founder Manoj Jain — who controls the investments for the Hong Kong entities invested in Hometown International — declined to comment.

That eatery had sales of less than $37,000 in sales for the past two years combined and was closed for nearly half of 2020 due to the coronavirus pandemic.

Einhorn noted the incongruity of Morina being Hometown International's CEO while working his day jobs as high school principal and wrestling coach.

Morina's team at Paulsboro high school is a perennial contender for state titles, and he is among the most successful coaches in New Jersey wrestling history.

But he has no apparent history of operating either a publicly traded company or food service business before the Hometown Deli opened in his own hometown.

However, Morina, whose brother is a New Jersey county sheriff, wrestled in the 1970s at Paulsboro High School with a man named James Patten, who works at Coker Sr.'s firm Tryon Capital.

Patten was barred by FINRA, the broker-dealer regulator, from acting as a stockbroker or associating with broker-dealers, according to the regulator's database.

Before that sanction, Patten was the subject of repeated disciplinary actions by FINRA, which included not complying with an arbitration award of more than $753,000 for violating securities laws, unauthorized trading and churning a client's account.

Since Einhorn's letter, CNBC has reported other eyebrow-raising details about Hometown International and revealed its connections to E-Waste.

The stocks of both companies, which trade on the low-tier Pink over-the-counter market, in the past year have risen to stunning levels as ties have been formed between them.

Those stock price increases have raised the the question was why some investors would pay so much to buy what is relatively speaking handfuls of shares in either thinly traded company, given their lack of meaningful revenue in the deli owner's case, or, in E-Waste's case, a lack of any revenue at all.

Even if both companies achieve their goal of engaging in reverse mergers or similar transactions with private firms looking to become publicly traded, current investors will not receive payments that reflect — in any way — the trading price of the stocks.

On Friday, just 205 shares of Hometown International were traded, closing at $12.40 per share. Given the company's nearly 8 million shares of common stock outstanding, that gives it a market capitalization of $96.68 million.

E-Waste closed Friday at $9 per share, after no shares traded hands. With 12.5 million shares outstanding, E-Waste has a market cap of $112.5 million.

In recent weeks, both the deli owner and E-Waste disavowed their stock prices, saying in extraordinary SEC filings that there was no financial justification for their market capitalizations.

The moves followed the demotion of Hometown International from a more prestigious OTCQB over-the-counter market platform for what OTC Markets Group called "irregularities" in their public disclosures, and OTC Markets telling CNBC that it would be eyeing E-Waste as well.

A trio of Hong Kong investment entities led by Maso Capital, which last year became some of the largest investors in Hometown International's biggest investors, are understood to be involved in likewise positioning E-Waste as a reverse merger candidate.

The Hong Kong investors include entities that are investment arms of Duke and Vanderbilt universities.

Rollo remains the president of Med Spa Vacations, a shell company with no business operations whose office address is that of a business operated by Coker Sr.

That loan came after E-Waste was loaned an identical amount by Hometown International in November, according to an SEC filing.

Records show that Coker Sr. loaned E-Waste $255,000 last September, most of which was used to pay the prior owners of E-Waste before they sold their shares to Global Equity Lmiited.

CNBC's articles have detailed how Coker Sr., a former college basketball star who has refused to comment when contacted by a reporter, has been sued for allegedly hiding assets from a creditor to whom he owed nearly $900,000 and for business-related fraud. He denied wrongdoing in those cases.

He also has been arrested for soliciting a prostitute, according to a Raleigh, North Carolina, police report, and for exposing himself to and trying to proposition three underage girls, according to a 1992 newspaper article.

SEC filings show that Med Spa Vacations is paying Tryon Capital $2,500 per month for its own consulting agreement.

Coker Sr.'s partner in Tryon Capital, Peter Reichard, in 2011 was convicted in a North Carolina court of his role in a scheme that facilitated the illegal contributions of thousands of dollars to the successful 2008 campaign for governor by Bev Perdue, a Democrat.

The scheme involved the use of bogus consulting contracts with Tryon Capital. Coker Sr. was not charged in that case.

Reichard is also a managing member, with Coker Sr., of an entity called Europa Capital Investments, which owns 90,400 common shares of Hometown International, and has warrants for another 1.9 million shares.

Reichard is the son of Ram Dass, the late spiritual and LSD guru who gained renown in the 1960s and 1970s.

CNBC earlier this week detailed how Coker Sr. and Reichard in 2010 created eight shell companies that were later sold off to other owners.

Most of those shell companies, after they were sold, ended up having their registrations revoked by the SEC for failing to keep current in their disclosure filings, records show.

One of the companies ended up being owned by a real estate tax lawyer in New York named Allan Schwartz, who did work for former President Donald Trump decades ago in connection with Trump's real estate holdings. Schwartz told CNBC he knew nothing about Reichard and Coker Sr., or the deli owner.

Jaclin was disbarred as an attorney last year after pleading guilty to federal criminal charges related to his creation of shell companies to sell to individuals "who used those shell companies as publicly traded vehicles for market manipulation schemes," court records show.

None of the shells in that scheme were one of the ones created by Coker Sr. and Reichard, or to Hometown International.