How to Avoid Fraud in Your Crowdsourcing Efforts

Recently, President Obama signed the Jumpstart Our Business Startups Act, which will make it easier for startups and other small businesses to raise money. People have understandably gotten excited about it, in part because it legalized companies soliciting funds from the public.

Which, to be sure, is a great thing. But it also opens up people everywhere to fraud. Not to be overly pessimistic, but these things happen.

That's why I got in touch with Ken Springer and Joelle Scott, who are the president and director of business, respectively, of Corporate Resolutions. It's an international company that specializes in providing business intelligence. Springer is a certified fraud examiner and a former special agent for the FBI. The pair co-authored the 2010 book Digging for Disclosure: Tactics for Protecting Your Firm's Assets from Swindlers, Scammers, and Impostors. 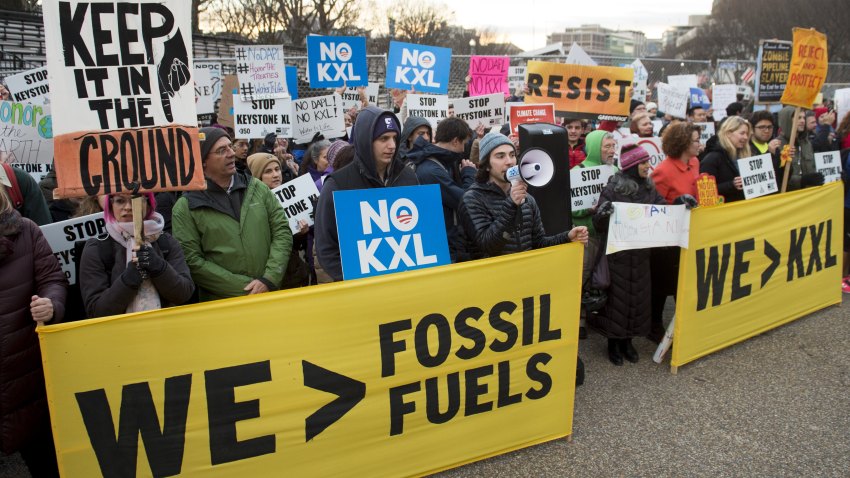 If anyone knows how to help entrepreneurs protect themselves against fraud, it's these guys. That's why I gave them a call. Take notes, folks -- it's alternately depressing and inspiring

Starting with the main idea here, what can people do to avoid being defrauded with crowdsourcing?

Joelle Scott: Well, the problem with crowdfunding is it's exciting, but, on both ends of the deal, there's no guarantee that your money is going to the place where you think it is. Everything from Madoff to some of the online scams -- so, one of the best ways to avert fraud is to learn more about the people that you are investing in.

For investors it would be wise to conduct background checks. And even the companies themselves, they want to make sure that their investors aren't money launderers. I think on both sides of the deal, the only way to make this work and make it work successfully is to make sure that fraud doesn't seep in somehow because there's always going to be an opportunity for it to come in the door in some way.

Ken Springer: This is actually a great way to spur investment into smaller companies. In a lot of ways it's not all that new, David, because there's angel investing and you have incubator funds and things like that. Even going back 10 years ago we had the dot-com era where people were investing millions of dollars on a concept. They didn't have a business plan together. Sometimes it was on a scrip of paper. But the key is they were backing an idea, but it's important that you know who you're backing. Who is the person? Verify what you can, whatever you can. I think that's the key ingredient that is being overlooked. The SEC's looking at it, but that's really the heart and soul of what's going to make this work or is it going to be the next boiler room. So that's our concern. We're trying to help get out in front of this. And Joelle is leading the charge from our standpoint in this.

Joelle Scott: Well, the interesting thing, though, is that the SEC has until, what, 2013 until it comes into effect to figure out how to do it. But even the SEC is aware that it's uncharted territory. Their website is basically a suggestion box. "If you have ideas on how to prevent fraud, then submit here."

How do you recommend people broach the subject to their potential investors? What stuff is okay for them to ask about and what isn't?

Joelle Scott: Unfortunately it would have to be case-by-case, right? For instance, the guy who was running the LinkedIn scam, he was charged with selling $500 billion of fake securities? He represented himself as a broker dealer. So, just taking that example? The way to confirm that person is who he says he is to got [BrokerCheck service] FINRA to find out -- which it turns out he wasn't. So it kinda depends on the industry and what the representations are in order to know where to go to confirm it. But there's so many online sources where, I think, you'd be less concerned if you were investing $100 than if you were a larger amount of money. You want to know that the business isn't a scam.

How can you tell if it's a scam?

Joelle Scott: That's a tough one.

Ken Springer: There's no guaranteed answer, David. But people always ask us that. You have to look at patterns of behavior. Patterns of lawsuits. Disconnects. The appearance of success. Name-dropping. Frequent relocation. It's always the other guy's fault. Half-truths. Vagaries. Limited references. Too many family members. Too many changes of corporations. And I think one of the things we learned from Madoff and all that is you've got to have an independent custodian of records. The accounting firm has to be consistent with the business. If you have lack of access or documentation, people should run away. So, I think in this day and age, whether you're a $10 billion hedge fund or not, you have to respond to people's questions. Who are your investors, what are you doing?

Ken Springer: That's exactly what it is. If people really want money, they're going to have to be able to respond. It's not what they tell you; it's what they don't tell you. If they only try to tell the good things, people are going to find bad and then run away. You're better off just fessing it up up front and go on because most real investors are going to understand that sometimes people have problems. Their first venture went bankrupt. Well, they learned from that. They're gonna be a better entrepreneur this time. So, I think the veteran investor will understand that.

What kind of fraudulent situations might beginning entrepreneurs find themselves wandering into without even realizing it?

Joelle Scott: Well, beginning entrepreneurs, if they're looking for investors and they're going through crowdfunding portals, then, yeah, they want to make sure the person who's investing doesn't have ties to organized crime, that their investments are what they represent them to be. That's what's jarring about all of this.

Ken Springer: I think one of the problems with doing this on the Internet is how can an investor in Kansas know that there's really a brick-and-mortar company in New York or in Michigan or somewhere else? People can say a lot of things, but you really need to know whether it exists. Sometimes those investigative drive-bys, as we call them, are important. Is it really a functioning company? With websites nowadays, anyone can look like IBM.

Joelle Scott: We once did a case where the company said they had a huge operation in Thailand but then when we sent a guy over, there was nothing there. [Laughs.]

Ken Springer: We had an entrepreneur who had said he's got a great business plan and he said, "I just gotta let you know, though, my first company went bankrupt because my wife was in a terrible car accident and she had to go to rehab. I had to tend to her and the insurance company wouldn't pay, so I had to end up suing them. To make a long short, the first company went under. But we're doing fine now and I don't anticipate having this problem again." The potential investor came to us and said, "Hey, I already know the guy had a bankruptcy, I know his wife was sick. Don't worry about that. See if there's anything else out there." So we did the check and sure enough we found a lawsuit against the insurance company. We did confirm the bankruptcy and his wife had a horrific accident. The problem was he had filed for bankruptcy before that. So he figured they'd find out about the bankruptcy. He spun a tale. He made it worse. Many successful entrepreneurs have first ventures that don't work out and they learn from that. But that's someone who spun a tale just to explain why he had filed for bankruptcy.

Joelle Scott: You never know. We've seen everything from people lying about Ivy League degrees to lying about what's on their resume. Everything in between and sometimes it's shocking. So you just need to make sure that you're not going to be one of the suckers. The only way to do that is to learn more about both sides of the deal.