Time was, if you wanted a business to change its ways to become more environmentally or socially conscious, you had to do a big letter-writing campaign and resign yourself to the fact that your efforts would probably be ignored. (That's why there are eco-terrorists, after all.) Well, not anymore. Thanks to a service called Carrotmob, which offers a more proactive and positive alternative. "Instead of organizing boycotts," says Carrotmob's site, "We offer to spend money as a group if a business agrees to make a socially responsible change."

If you haven't heard of this, there's a good reason: only two businesses in Chicago have had one of these, and the non-profit organization behind it started in 2008. With "buycotts," as they're called, it's a way of throwing business to companies dedicated to, as Michael Jackson used to say, make a change.

I called Sylvia Juzwa of Evanston's Remake Architecture to talk about the Carrotmobs the organiztion she's involved with,  Citizens' Greener Evanston, has done in the past, the ones they plan to do in the future and how others can get involved. 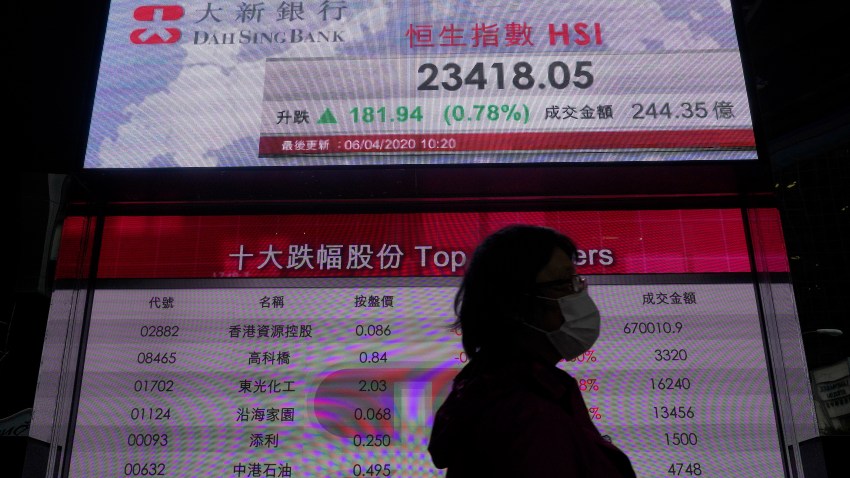 Stocks Rise Sharply on Signs of Progress in Battling Virus

First off, for our readers who aren't familiar with you or your business, can you give them a bit of background information?

Sylvia Juzwa: I am an architect and I'm the owner and director of Remake Architecture. I volunteer at Citizens' Greener Evanston, which is an organization that formed after Evanston was putting together their environmental Climate Action Plan. After that was completed, people wanted to stay active in it and then Citizens' Greener Evanston formed and various committees. I chair the Energy Efficiency in Buildings Committee.

How did you take advantage of Carrotmob?

Sylvia Juzwa: Each of the committees is sort of allowed to do whatever they want within the framework of what we set out to do at the beginning of the year. Energy Efficiency in Buildings Committee set out to lower the carbon footprint to help enact the Climate Action Plan, which was created about two, three years ago. That Climate Action Plan has a whole lot of things that it wants to accomplish, like ways to reduce carbon within Evanston. The energy efficiency in buildings is key because buildings are one of the highest carbon emitters.

Sylvia Juzwa: Is that a disagreeing sound?

Oh no, that was a sound of surprise. I didn't realize that. You usually hear so much about how bad cars are for the environment. Not buildings.

Sylvia Juzwa: Oh, it is. If you think about how many buildings there are as compared as to roads. Like, cars are definitely much lower. The energy it takes to run a building, the gas, the electricity and everything it's actually quite significant. It's around half for buildings. It's a huge portion of it.

So how did Carrotmob come into play?

Sylvia Juzwa: The main idea is that instead of organizing boycotts, like, "Do not shop here because this is an unethical or very energy-consuming entity," we offer to spend money as a group at a business, if a business to agree to make energy-efficiency upgrades or a socially responsible change. That's the key thing.

The way that it works is that someone like me takes the initiative and maybe goes around to various retail organizations, shops, within, say, downtown Evanston. So you choose an area. I say to them that, "If we are to bring a lot of people here on a particular day, how much of that extra revenue would you be willing to put toward energy efficiency upgrades?"

And so usually how it works is that the highest bidder, or the organization that will put in the most percentage of that revenue, wins. Therefore we do a huge publicity push and everybody comes and [agrees to] be here on this particular day to help this organization or retail entity achieve some kind of social well being within the community. So, improving the community, improving the carbon quota of Evanston by doing this Carrotmob.

Can a business nominate itself for one?

Sylvia Juzwa: The way it's usually run is that an organization takes it upon itself to decide which organization gets to be Carrotmobbed. That is based on a certain criteria that I've set out, which is that I'd like it to be a shop that's very visible and has something that everyone can buy.

What do you have to say about your experience holding one?

Sylvia Juzwa: We did one two years ago. I wasn't involved in it, so I can't say anything about that one. But we're planning a series of them now. And actually I just met with the Economic Development Committee today, and there are about nine business alliances within Evanston and they all meet together on a certain day. I addressed it to them today and hopefully -- I'm working with them, so I want them to suggest some businesses that would be good for this kind of initiative. But the business also has to be able to handle the additional activity of the day. So they need to have extra registers or something like that or have enough merchandise. It should be one that is located in a place where it's going to be visible because we'll probably put advertising on their windows. We'll also probably do an energy audit beforehand and then run an energy report in order to assess what we're going to do with the money so it happens a little quicker afterwards.

As far as you know, have there been more people to organize Carrotmobs in Chicago? When I spoke with them they said there have been only two so far.

Sylvia Juzwa: Yeah, it's been two. There has been a Carrotmob in Evanston and then one in Chicago.

Do you have any advice or words you'd like to say to someone reading this and thinking they'd like to become the third?

Sylvia Juzwa: Well, it's kind of a win-win situation. You're going to a retailer that you would have gone to anyway to buy something. Carrotmobs have been done to a lot of different businesses. From places like a bar or a restaurant to just have a party to places like a convenience store that has everything from kitty litter to light bulbs to snacks. The main thing is that people aren't making a big effort to go out of their way to help one business become more energy efficient and therefore lower the carbon footprint of the area or the town that they live in. It should be someplace convenient that has items everyone needs. It's all about all of us using less energy and this is just one way of achieving that.