rock and roll hall of fame

What's the Rock and Roll Hall of Fame's Problem with Rap Music?

As its very name implies, the Rock and Roll Hall of Fame has been criticized over the decades for being slow to embrace acts outside of the rock genre. And no musical category has suffered more in this regard than rap.

Jay-Z and LL Cool J were announced alongside the Foo Fighters, Tina Turner and Iron Maiden as nominees to the Rock and Roll Hall of Fame on Wednesday. And while that's indeed an honor, it begs a question: Why in the long, storied history of the rap genre would both men be only the third and fourth solo rappers to make the Hall, following in the footsteps of The Notorious B.I.G. and Tupac Shakur?

As its very name implies, the Rock and Roll Hall of Fame has been criticized over the decades for being slow to accept and embrace acts outside of the rock genre. And no musical category has suffered more in this respect than rap music. 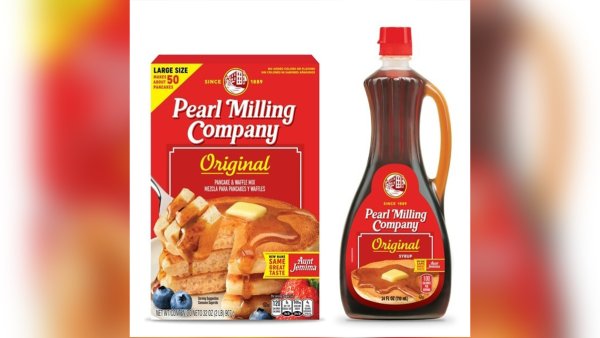 Goodbye Aunt Jemima! The Pancake Syrup With a Racist History Has a Brand New Name

Artists are eligible for a Rock and Roll Hall of Fame nomination 25 years after the release of their first official recording. With that in mind, here are five other artists that have made an indelible mark on music history and deserve immediate Hall of Fame consideration.

If you were alive in 1986 and found yourself anywhere near a radio it was impossible to escape Rakim. And more significantly... you didn't want to. Rakim debut album "Paid in Full" featured hit after hit after hit. Partnered with DJ Eric B, the duo was announced as one of fifteen finalists to the Rock & Roll Hall of Fame in September 2011. But Rakim, routinely cited as one of the rap's most gifted lyricists, has yet to be nominated as a solo artist.

Come on! Look up the term "instant classic" in the dictionary and you'll find a reference to "The Chronic." (Ok, you won't. But you should!) Dre is already in the Rock and Roll Hall of Fame as part of the seminal rap group N.W.A. But if the man who dominated the year 1993 with an album that remains a rap staple almost three decades later doesn't belong in the Hall on his own merits then no one does. Kanye West wrote on the album's production quality: "The Chronic is still the hip-hop equivalent to Stevie Wonder's 'Songs in the Key of Life.' It's the benchmark you measure your album against if you're serious."

Snoop, who's since gone on to become a media personality and celebrity pitchman, has sold over 23 million albums in the U.S. and 35 million albums worldwide.

Yet another Dr. Dre protégé, Eminem dropped his debut album "Infinite" in 1996, making him first-time eligible for a Rock and Roll Hall of Fame nomination this year.  Eminem signed with Dr. Dre's Aftermath Entertainment and achieved mainstream popularity in 1999 with "The Slim Shady LP." His next two releases, The Marshall Mathers LP (2000) and The Eminem Show (2002), were both massive successes and both nominated for the Grammy Award for Album of the Year. And none other than rock and roll bible Rolling Stones Magazine cites his lyrical poetry and high-voltage delivery as making him one of the most critically acclaimed and influential rappers in history.

If both Jay-Z is the reigning rap king of New York, then Nas is the city's prince. Nasir bin Olu Dara Jones, better known by his stage name Nas, is yet another New York product generally regarded as one of the greatest rappers of all time. Nas has released twelve studio albums since 1994, with seven of them certified platinum and multi-platinum in the U.S.

The Rock and Roll Hall of Fame class of 2021 will be announced in May.