“I was mad as hell,” said U.S. Rep. Gus Bilirakis (R-Fla.), describing how he felt when he learned of the delays last fall.  “They served our country; they are true American heroes and they shouldn't have to wait.”

A key federal agency, tasked with helping veterans secure critical benefits, is acknowledging its coronavirus-induced backlog may be far worse than anyone realized, leaving hundreds of thousands of veteran families without access to benefits they earned while serving America. That includes benefit payments, access to veterans’ facilities and homeless shelters, as well as burials in veterans’ cemeteries.

The National Personnel Records Center (NPRC) has seen its backlog grow to 500,000 requests after sending most of its staff home in March 2020, with fewer than 10% of employees working on-site in recent months.

Because the other 90% of agency staff cannot access most records remotely — and because the NPRC has been slow to bring employees back to the office — veterans have been waiting up to a year for the proof of their service often required to collect benefits.

An internal NPRC document obtained by NBCLX indicates it could take the agency 18 months to clear the backlog.

“I was mad as hell,” said U.S. Rep. Gus Bilirakis (R-Fla.), describing how he felt when he learned of the delays last fall. “They served our country; they are true American heroes and they shouldn't have to wait.” 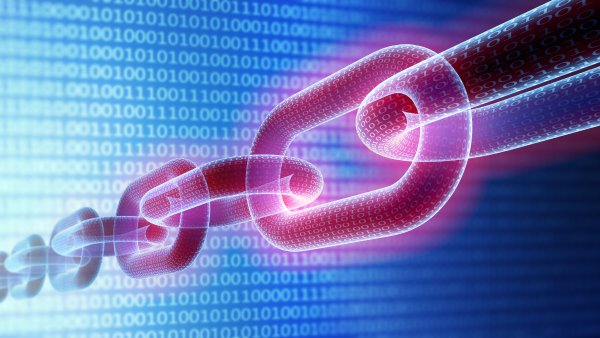 NFT 101: Your Guide to Understanding the Wacky World of Blockchain and Crypto Art

Bilirakis is part of a bipartisan group of lawmakers who called on the National Archive and Records Administration to re-open the NPRC last fall, as the enormity of the backlog exploded. But the NPRC, located in St. Louis, Mo., remained shut down all winter, only processing “emergency” requests involving medical treatments, burials and veterans seeking admittance to homeless shelters.

With only a few dozen — out of approximately 600 — employees on-site, even those urgent requests often took weeks.

“We had a gentleman who passed away 2.5 weeks ago…that family has been waiting 2.5 weeks to bury their loved one,” Bilirakis said. “It's just not fair. I'm very upset about this and so are my colleagues.”

The National Archive declined interview requests from NBCLX, but – in a statement – detailed how it expanded its operating schedule to 12 hours per day, and added weekend shifts so more employees could access files while still remaining socially distant.

Yet, even when St. Louis saw COVID-19 rates fall to six-month lows and businesses, including restaurants, began expanding indoor occupancies again in February, the NPRC did not follow suit, maintaining occupancy levels of just 7–10%.

It was only March 8 – shortly after NBCLX alerted the agency of its intention to report on the massive backlog – that the NPRC issued a press release announcing it would expand to “Phase 1” of reopening later in the month, which would bring about 25% of employees in for each shift. It also detailed efforts to digitize more of its operation to expedite requests.

However, that same press release touted the agency’s “2 million cubic feet of military personnel & medical records” in its massive St. Louis facility;  with only 10% of its workforce on-site, that equates to more than 33,000 cubic feet of space per employee, the size of a large house.

With 25% of its workforce on-site at any given time, that’s still 13,000 cubic feet per employee – approximately the size of a large apartment.

Bilirakis told NBCLX the National Archive needs to act faster to reduce the backlog of 500,000 requests, and he wants to see employees given vaccine priority so they can increase office occupancy faster.

“I don't think this was managed right,” he said. “Our heroes should not suffer for [administrative] mistakes and procrastinating.”

Behind each delayed request is a frustrated family

“It's just a kind of a sad situation,” said Debbie McCormick, 68, who has become the fulltime caregiver for her 91-year-old mother, Mary Ann Lowman, in Palm Harbor, Fla. “I didn't expect (the NPRC) to take this long.”

McCormick has spent the last 11 months trying to get proof of her late father’s service in the Korean War – a request that usually takes the NPRC about 10 days to fulfill – so her mother can receive VA Aid and Attendance benefits for additional at-home care.

“We could maybe bring in some services like physical therapy to get her moving,” McCormick said. “You know, it just it just would help with her quality of life because…she enjoys talking to caregivers and because it gives her an outlet to talk about her history and…companionship, too. She enjoys it a lot.”

Right now, almost all of Lowman’s support – both emotionally and financially – comes from her daughter and son-in-law, who have paid out-of-pocket for some care that Lowman’s benefits should have covered. They are hoping to recoup the lost benefits retroactively, but McCormick says she becomes less confident the longer the family has to wait.

“I'm pretty computer literate and I'm young enough to make phone calls and talk to people and try to figure out a solution,” McCormick said. “But there are so many veterans that are not in that situation. They may be blind (or) aged…if no one's helping them, they just don't have that extra support that they need.”

A spokesperson for the NPRC said veterans can expedite requests for disability claims by going straight to the Department of Veterans Affairs, but that that would appear to affect just a small percentage of the near-500,000 request backlog. The agency estimates about half of the requests in the backlog came directly from veterans, with the remainder coming from family members, descendants of veterans, veteran service officers, genealogists, professional researchers, members of the media, military historians, and other third parties.

The NPRC also told NBCLX in a statement that some employees – after nearly a year away from the office – recently received government laptops so they could do more work from home.

“Congress stepped up in December of last year and appropriated $50 million to the NPRC so that it can address its backlog safely and ensure that veteran requests are met within a reasonable timeframe,” said said U.S. Rep Jimmy Panetta (D-Cali.), referencing an emergency allocation that provides hardware for staff to work-from-home, funding to staff 150 new positions, as well as resources to digitize more paper records.

“My congressional colleagues and I will continue to help out the NPRC when necessary, however, we will also hold them accountable if they don’t provide our veterans with the service that they deserve.”

“The National Archives has struggled to manage the needs of veterans requesting records while keeping its employees safe," U.S. Rep. Carolyn B. Maloney (D - N.Y.), chairwoman of the House Committee on Oversight & Reform, said in a statement to NBCLX.  "I appreciate that NARA is using supplemental funds to improve the capabilities of its workforce but more must be done to speed up the process and reduce the backlog. Veterans rely on their military records to receive health care and other benefits while families of veterans often need records in order to provide a military burial for a loved one. The Oversight Committee will continue to conduct oversight to ensure that NARA efficiently and effectively handles requests and reduces the outstanding backlog.”

Bilirakis says the agency has all the tools it needs to service veterans’ needs, but with so many benefits in limbo for so many families, the NPRC needs to work faster.

“For veterans, their families – it causes a lot it causes a lot of stress, anxiety, and depression during a pandemic,” he said.  “They've earned [their benefits]. And to have a few people slow it up is unacceptable.”