This OB/GYN Says Sex Ed in the U.S. is a ‘Complete Embarrassment'

In the digital age, anyone can post what they want: home remedies with no basis in reality, "facts" about the human body that are anything but fact. A man can make a TikTok complaining that past partners made him use contraception while they were using birth control pills.

In comes Dr. Jennifer Lincoln with the truth. Or in the case of the whining man, a wicked roast. 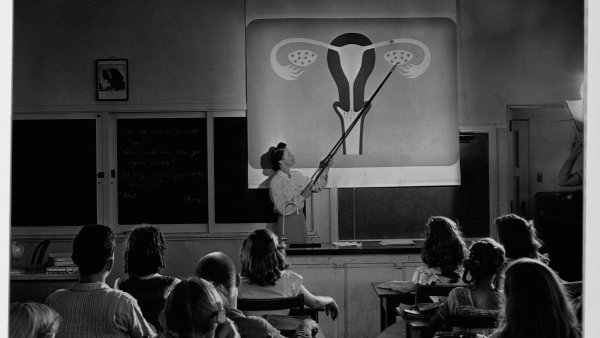 This Doctor Went Viral After Explaining ‘Virginity Is a Social Construct'

How Young Is Too Young for Sex Education? Some Experts Say It's Never Too Soon to Start

"They clearly paid attention in health class so they were really smart girls. But you probably didn't hang onto them, did you?" Lincoln says, after explaining that those girls probably wanted to lower their risk of STDs like HIV/AIDS, gonorrhea and herpes.

Lincoln, an OB/GYN based in the Pacific Northwest, is using her platform and her knowledge to bring sex education to those who need it. There's a large interested audience, because while 39 U.S. states and DC require sex ed or HIV education, just 17 require the program to be medically accurate, according to the Guttmacher Institute.

She recently got hundreds of thousands of views for a video explaining that "virginity is a social construct," and not a medical or scientific designation.

It comes from ideas of female purity that date back centuries.

"What about women who have sex with women? Do we just consider them virgins forever? I mean, I don't think they would agree," Lincoln says in one TikTok.

Lincoln pointed out that many states have abstinence-only education, and she believes young people should be better informed than what that curriculum offers. U.S. sex education is a "complete embarrassment" compared to other countries, she says.

"You need to provide comprehensive sex education. We know that when you just provide abstinence-only education for example, you are no more likely to have teenagers who choose to not have sex. They're just going to choose to do it more unsafely, and it's not really a choice, because they just don't have the information to do it safely."

She said that's why she and other health care providers are spreading good information, and promoting safety. But another component is debunking sex ed myths that have gone viral, or counterprogramming to the man who didn't want to use protection.

And she's also occasionally tied medical facts to dating advice. Once, a female commenter's boyfriend made a comment about how private parts smelled, and asked Lincoln about it.

"Why is he still your boyfriend? ...Why does he think HE knows best? You are perfect as you are, and you can tell him Dr. Jen says so."