A new study from the group Climate Central says adhering to the Paris Climate Agreement is essential to limiting sea level rise that would flood some of the world's major cities.

Rising sea levels could put as much as two-thirds of the global population underwater unless the world cuts emissions in half by 2030, according to a new report released Tuesday.

The nonprofit Climate Central projects the Earth could warm by 3 degrees Celsius or more in this century, which would melt more sea ice and lead to rising water levels. At that level of warming, water would cover several American landmarks like the base of the Statue of Liberty, the steps of Independence Hall in Philadelphia, the boards of the Santa Monica Pier and the Houston Space Center.

We Can't Solve Climate Change Without Solar Power — But Where to Put the Panels? 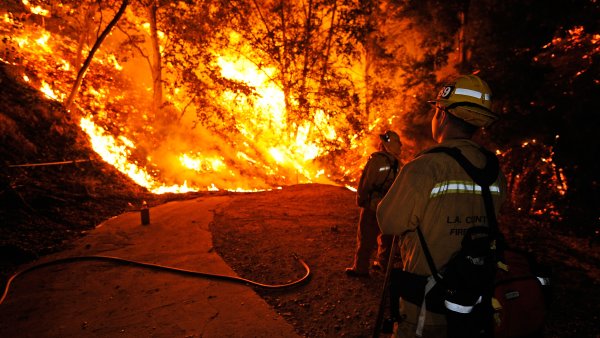 The U.S. would be far from the hardest hit. To withstand the tides, some of the world's major coastal cities, especially in Asia, would need to implement "unprecedented global defenses" like seawalls. Or residents would have to abandon the area (and become climate migrants).

Climate Central released a map showing just how far underwater the world's coasts would be depending on how much the world warms. California's capital, Sacramento, would be largely submerged if the Earth warms 3 degrees Celsius.

The number of cities submerged or flooded "could be limited to a relative handful through strong compliance with the Paris Agreement, especially limiting warming to 1.5 degrees Celsius," Climate Central's report said.

The potential impact on billions of people furthers a sense of urgency ahead of the United Nations Climate Summit beginning Oct. 31, where leaders will decide how aggressively they want to address the issue.

The document analyzed data collected from Princeton University and the Potsdam Institute for Climate Impact Research in Germany.

Here are some of the spots that would be affected by sea level rise stemming from 3 degrees Celsius of warming.