The most striking feature of the campaign's waning days is how both parties are focusing resources on seats in territory that's usually solidly Republican as the GOP struggles to retain its current 53-47 chamber majority.

The reason: States in many traditionally conservative areas are in play next month and both sides know it.

Less than two weeks from an Election Day that will determine Senate control, each party is throwing late money at an up-for-grabs Democratic seat in Michigan. The Senate Majority PAC, a political committee aligned with the chamber's Democratic leaders, has canceled its remaining $1.2 million in spending against GOP Sen. Cory Gardner in Colorado, sensing victory. National Democrats have reported no significant expenditures yet to protect Sen. Doug Jones, who seems likely to lose his seat in crimson Alabama.

The most striking feature of the campaign's waning days is how both parties are focusing resources on seats in territory that's usually solidly Republican. The spending underscores the broad map the GOP must defend, often in unlikely places, as it struggles to retain its current 53-47 chamber majority.

In addition, Democrat candidates have significantly outraised their Republican rivals in all but three of the 15 most competitive Senate races, most of which pit GOP incumbents against Democratic challengers. That's freed national Democrats to aim last-minute money at longer-shot races than usual, in turn forcing Republicans to spend resources defending those seats.

These Two College Students Drove 1,400 Miles Across the Country to Vote 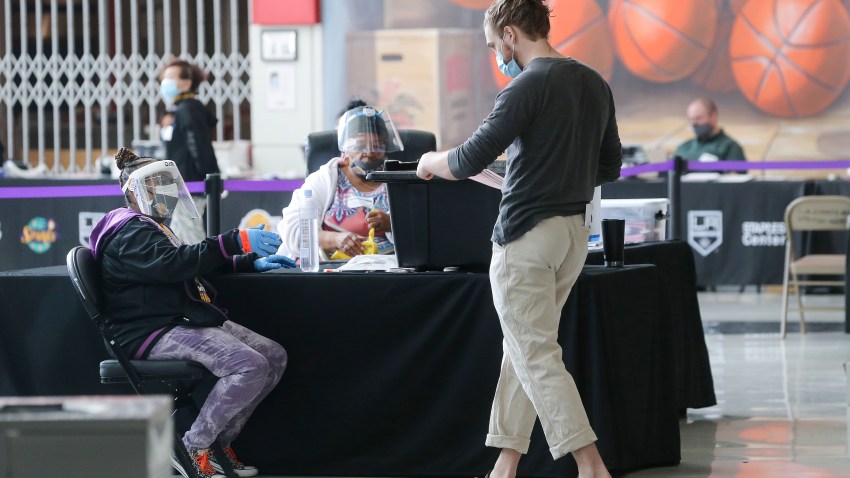 OK, Zoomer: GenZ/Millennials Getting Crushed at Polls by Older Voters

Collins has served for 24 years and won her last three elections by double digits, in friendly and unfriendly years for her party. But 2020 is different: Collins’ popularity at home has plummeted, and her reputation as an independent voice has taken a beating in the hyperpolarized Trump era. She now faces the fight of her political life against Democrat Sara Gideon, the speaker of the Maine state House, who narrowly leads in polls.

During Wednesday's debate Gideon pointed out that Collins hasn’t said whether she’ll vote for Trump. Collins did not vote for Trump in 2016, but wrote in another Republican.

The moderator, Steve Bottari, pointedly asked Collins if Trump deserved to be reelected to another four-year term.

“I’m not getting into presidential politics,” Collins said, repeating her position that she can work with a Trump administration or with the administration of former Democratic Vice President Joe Biden if he wins the election.

The event came just days after Collins voted against the president’s latest Supreme Court nominee, Amy Coney Barrett. Collins said she did so not based on Barrett’s qualifications, but based on fairness, since Republicans denied an election year vote on one of President Barack Obama’s nominees.

First-term Republican Sen. Cory Gardner rode a red wave to victory by 2½ points in 2014. But now he’s facing a daunting political climate in a state that has trended away from his party in recent years. Gardner has struggled to cultivate a brand separate from an unpopular President Donald Trump and the national party, for whom Gardner has mostly been a reliable ally. He's currently squared off against Democrat John Hickenlooper.

Arizona has emerged as a bright spot for Democrats. Biden is polling ahead of Trump in the historically red state, and GOP Sen. Martha McSally trails former astronaut Mark Kelly for the seat.

McSally, who lost a Senate race in 2018 and was soon appointed to fill an open seat, is facing similar problems now: a difficult political climate, a moderate Democratic opponent and an alliance with Trump that is alienating the state’s growing suburban and Latino populations.

Democratic challenger Cal Cunningham, a married father of two, confessed to sending romantic text messages to a woman who isn’t his wife. And he still leads Republican Sen. Thom Tillis in the latest polling averages of the purple state, although the margin has narrowed. Tillis has sought to exploit the affair while Cunningham tries to stay focused on issues like health care.

“I’ve taken responsibility for the hurt that I’ve caused in my personal life. I’ve apologized for it,” Cunningham told reporters on Oct. 9. “I’ve said what I’m going to say about it.”

Tillis got help Wednesday from Texas Sen. Ted Cruz, who attended a get-out-the-vote event outside Asheville with him. Tillis, who is seeking a second term, also planned to attend President Donald Trump’s rally on Thursday evening in Fayetteville. Former South Carolina governor and ex-United Nations Ambassador Nikki Haley also was expected to campaign with Tillis later in the week.

Some forecasters see the North Carolina race as a bellwether for Senate control.

Republicans felt good about holding the seat of first-term Sen. Joni Ernst after Trump won by 10 points in 2016. But it has become one of the most competitive races in the country with Democratic candidate Theresa Greenfield turning it into a dead heat.

Greenfield accuses Ernst of breaking her promises in 2014 to take on powerful interests in Washington and “cut pork” from the federal budget, saying she has instead enabled lobbyists. Ernst was also forced to apologize after she questioned the validity of Covid-19 death statistics.

A week before the election, Iowa is reporting a new high 7-day average of about 1,300 daily infections, record numbers of hospitalizations and a surge in deaths. County elections commissioners who have small full-time staffs and rely on experienced poll workers for help said they are hoping the virus does not sideline any of them. They have already replaced some volunteers, who opted out rather than risk working long shifts and interacting with voters who could be carrying the virus.

The Associated Press and NBC News contributed to this report.