Police Are Helping Amazon's Ring Collect Data About Your Neighborhood

Dallas, Texas – Ring, the video doorbell company owned by Amazon, is getting near real-time data from hundreds of police departments around the country about 911 calls and community crime, according to contracts and documents obtained by NBCLX.

The growing number of connections between police departments and the sprawling network of private cameras has some privacy advocates wondering if police are inadvertently helping Ring build a massive crime database. Data obtained by Ring would not be subject to government protections since they are a private company.

“Part of the reason Ring would benefit from your phone vibrating every time there’s a 911 call in your neighborhood is to make you terrified,” said Matt Guariglia with the Electronic Frontier Foundation, an organization that advocates for digital privacy. “I think the more scared you are in your neighborhood, the more scared you are in your home, the more cameras you’re going to put up around the house and every camera equals more dollar signs for Amazon.”

In many cases, departments were asked to share something called CAD data, which stands for Computer Automated Dispatch. The information is basically an internal running list of 911 calls that come into a department and includes information like where the officer is going and why they’re going there. 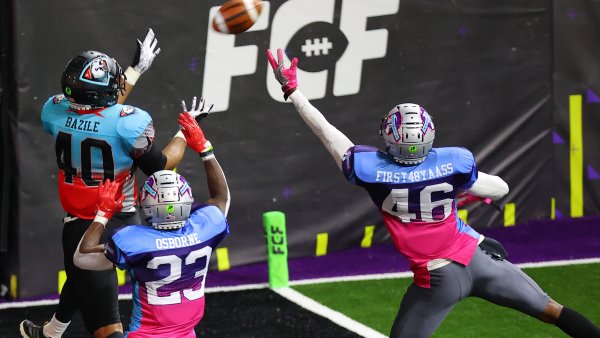 Fan Controlled Football Will Launch NFTs to Put You in Charge 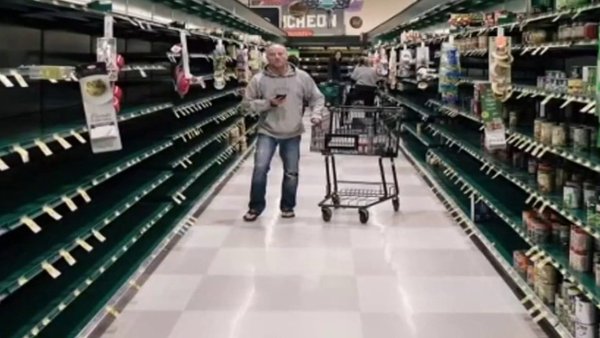 Why Are My Grocery Store Shelves Not Full?

While the released information excludes names and addresses, the shared data is specific enough that Ring can provide targeted alerts that include street level crime information to anyone who uses Ring’s free app, regardless of whether they’ve purchased a Ring device or not.

“In an effort to provide relevant and reliable crime and safety information to our neighbors, one important source we rely on is CAD,” a Ring spokesman said in an email. “We use this publicly available data to create news alerts as supplemental posts and to inform weekly crime and safety reports.”

And this sharing of data goes both ways. Police are basically trading your data to get access to Ring’s massive network of cameras around the city.

When the Tampa Police Department started sharing CAD data with Ring, the company gave officers access to Ring’s law enforcement portal, which allows them to reach out to individual camera owners for video that could help solve a crime.

”Privacy is important to us. So if there’s a burglary call, it’s not going to send the address to Ring, it’s going to give them a one hundred block of where that happens,” said Deputy Chief Ruben Delgado. “We view it as a crime fighting tool that we’re able to use, and we use it today to help solve crimes in those neighborhoods.”

NBCLX obtained 27 contracts between Ring and police departments around the country through public records requests. The released documents show that while many departments denied their request, Ring asked for specific addresses and said crime information had to be timely. The company didn’t want information on all crimes, but just a smaller group including shootings, stabbings and robberies.

In Dallas, the contract says Ring will work with police to obtain data and calls logs and publish those incidents based on agreed terms. The city declined to share CAD data, so Ring is lifting crime information from the police’s public crime portal and repurposing it for their alerts.

”We do not provide Ring anything we do not provide any normal citizen,” said Dallas Police Department Major Elaine Paige. “Everybody wants their privacy. However, with technology these days, like I said, if you’re outside your house, you’re being filmed. You know, whatever you’re doing, someone is watching it.”

Police are unable to access someone's Ring videos without that user’s authorization or a court order. But Ring can, and they don’t have to follow the same rules police do about how a nationwide collection of data is used or maintained.

“CAD information is in no way connected or attached to Ring videos or other posts and content shared on the Neighbors app,” a company spokeswoman said.

“I think this is one of the civil liberties challenges of our time right now: the rise of these third-party companies, and police are exporting more and more of the work of surveillance and police work into,” said Guariglia of the Electronic Frontier Foundation. “So, unlike at a police station where you can file a records request and can sometimes find out what’s happening inside, so much of the technical work of policing is going behind the black boxes of these private companies. You can’t send a public records request to Amazon. You can’t find out what’s happening inside Ring very easily.”

Editor's Note: After a conversation with Ring, we have clarified in the article that identifying information is scrubbed from the police data and does not identify individual citizens