NBCLX is looking back at the most inspiring people we profiled this year as part of NBCUniversal News Group's Inspiring America series. The first person we are recognizing is trans activist Nicolas Talbott.

It was a new semester in the Army ROTC program at Kent State University, but Nic Talbott wasn't there.

At first, only a small group of the cadets knew why: Nic would not be welcomed back after the Trump administration banned transgender people from serving in the armed forces.

"My closest friends from the program who knew that I was trans had gotten in touch with me," Talbott told NBCLX. "They said, 'Hey, people were asking for you, what should we tell them?' And I said, 'Tell them the truth.'" 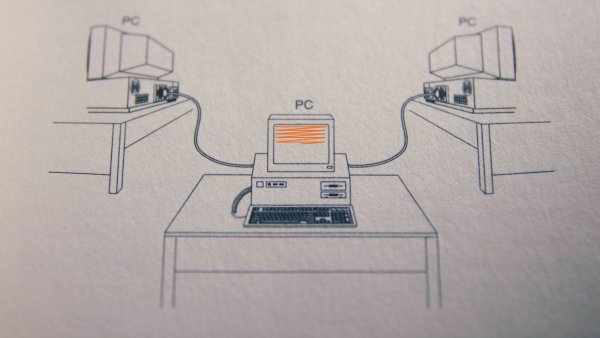 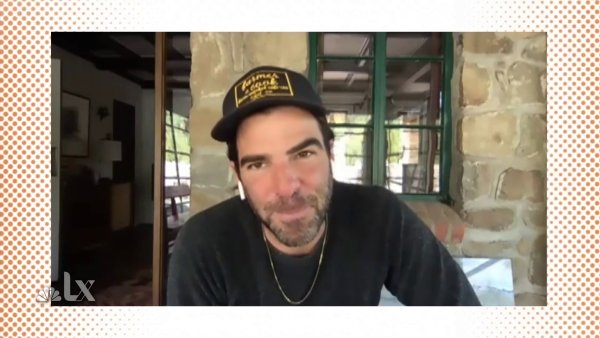 So they were shown some interviews and videos Nic had done, acting in public opposition to the ban.

Talbott later teamed up with attorneys and filed a lawsuit against the federal government.

This year, President Joe Biden signed an executive order permitting transgender people to serve openly in the armed forces under their self-identified gender. So after a few years working outside the military, Talbott is looking at getting back in.

For his inspirational activism on behalf of current and aspiring trans military servicemembers, Nicolas Talbott is the first subject NBCLX is featuring as part of the NBCUniversal News Group's Inspiring America series.

Watch more uplifting profiles on "Inspiring America: The 2021 Inspiration List" on Saturday, May 1 at 8 p.m. ET/PT on NBC and Telemundo (Inspirando a América).

The following interview with Nic Talbott has been condensed and lightly edited for clarity.

How did it feel to hear the news that Biden was going to reverse the ban on trans soldiers?

I just remember this overwhelming feeling of excitement and relief when the news hit that he had officially signed the order.

You've mentioned before that you wanted to be in the military for years. Did that interest grow over time?

There were some regulations in there that basically said, well, if you've already enlisted and you've come out as trans, we can work with you. But I had already begun my transition at that point so I was ineligible.

During my final semester of my undergraduate degree [in sociology at Kent State], I took a course focused on counterintelligence and global security studies. And the professor of that course pulled me aside one day and said to me, 'You know, Nic, why are you not in the military? ... You are so good in this field, you would be such an incredible asset...'

And I explained to her that I was transgender so I was not eligible. And she said to me, 'That is the stupidest reason I have ever heard for them to deny somebody the ability to serve. You need to do something about that.'

That was kind of that lightbulb moment for me, where things really changed... And then very shortly after that, the Obama Administration apparently agreed with her sentiment and allowed open transgender military service.

Then you began working with a recruiter, right?

I began to get in touch with as many recruiters as I could possibly find phone numbers for. I think I spoke to at least 10 different people... Eventually I found an Air National Guard recruiter about 2 hours away from my house and I began to work with him.

I think he and I just had a really good connection, he was really enthusiastic to meet a transgender person and help them through the process...I ended up working with him for about a year and a half, including during the time that President Trump came out and made his tweets stating that he intended to ban all trans people from the service. Including those who were currently serving.

With that ban reversed, what's next for you?

That's the question everybody keeps asking me: Now what? It's still a bit of a waiting game right now, just with current policy we are still waiting for things to roll out. We do hope to drop the lawsuit, I was discussing that with the legal team essentially the day after Biden signed the order..

For me personally, I'm in the process of moving right now, to go out of state for my summer job. I'm trying to get my second dose of the COVID vaccine. And I'm looking to finish up my master's degree [in criminology and global security at Kent State] this fall.

What work would you like to do in the military? How close is it to what we know from the movies?

With my degree, it's pretty broad. But I think if I had to specialize, it would be human intelligence. It seems like everybody wants to go cyberintelligence these days, and that's like the one thing that I really don't have a huge interest in.

Human intelligence is kind of what you think of when you think of James Bond or spy movies. It's the people right out on the ground, doing the actual physical work: interviews, spying, espionage, all that sort of thing. Even collecting intelligence from public sources.

One thing struck me when you were talking about the ROTC course: It seems like the people who know you treat you much differently than people who've never met you.

I think the vast majority were in absolute agreement that there was no reason I should have been forced to separate myself from the program. These are people that I was alongside every day for an entire year and, you know, I was keeping up with them, I was surpassing them in certain areas. That was the general consensus, that Cadet Talbott was great at what he did. Why did he have to leave for no reason whatsoever, based on people's misconceptions or fears?

Especially when I first started to do some media... I had quite a few people tell me that it made them really rethink what they thought they knew about transgender people. I think not even so much as a testament to myself but to transgender people in general, we're just like everybody else. We just want to be living our lives and be able to be successful in work and in school, in things that we do. I'm sure almost everybody knows a transgender person whether they know it or not.

We think you're inspiring. Do you?

I just think of myself as somebody who's trying to stand up and do the right thing. You know, when I was given the opportunity to become a plaintiff in this case and speak on this issue, I wanted to do so, just to to be able to help the greater cause. I saw myself as somebody who was in a position where I felt safe being a voice for other people who might not have that opportunity, or might have that ability to do so safely.