NBCLX is looking back at the most inspiring people we profiled this year as part of NBCUniversal News Group's Inspiring America series. Day joined NBCLX to discuss her journey from actress to filmmaker.

If you're a fan of Issa Rae's HBO hit "Insecure," you'll likely recognize actress Sujata Day. But Day decided being in front of the camera wasn't enough. She served as both screenwriter and producer for her directorial debut "Definition Please," in which a former Scribbs Spelling Bee champion must reconcile with her estranged brother when he returns home to help care for their sick mother.

For her work illuminating issues of race and mental illness on film, Day is the latest subject NBCLX is featuring as part of the NBCUniversal News Group's Inspiring America series. Watch more uplifting profiles on "Inspiring America: The 2021 Inspiration List" on Saturday, May 1 at 8 p.m. ET/PT on NBC and Telemundo (Inspirando a América).

Day joined NBCLX to discuss her journey from actress to filmmaker and why it's more important than ever that the female perspective is explored on film.

What was the inspiration for your debut feature "Definition Please"? 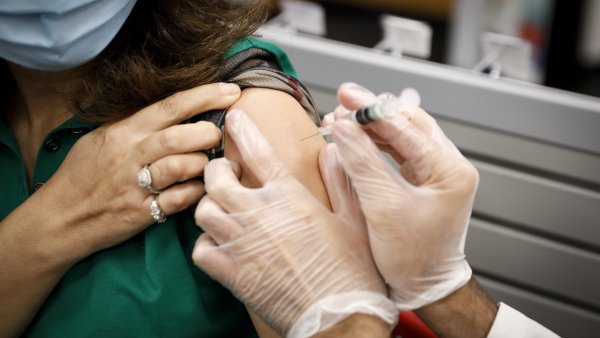 Disinformation About the Flu Shot is a Problem, Too. Let's Fix That 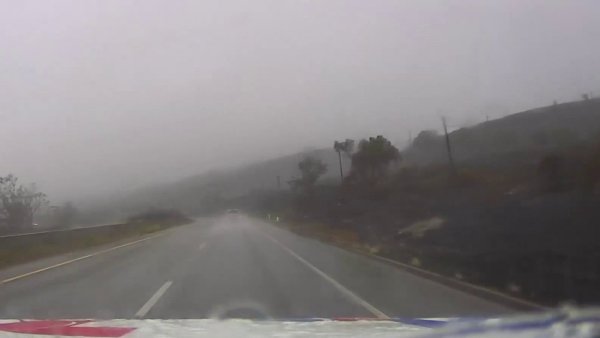 Day: (Laughing) I won my fourth-grade spelling bee and I went on to regionals and I lost in the first round on the word "radish." And that memory always stayed with me. Cut to many years later. I use to be in this comedy sketch writing class. And one of the sketches that I wrote was called "Where Are They Now?" about spelling bee winners. And if you look up the national spelling winners, they're all doing really incredible things like working on vaccines or they work at NASA or they're winning the World Poker Tour. The button of my sketch was that this one particular spelling bee winner went on to not really do anything at all. And that was the basis of my idea. In late 2013, I did a Sundance screenwriting lab, which kind of creatively inspired me. And early 2017 [I] went to the Sundance Film Festival for the first time and saw my friend premiering a film there and I cornered him at its premiere party and asked him a bunch of questions. How did you get this made? What did you do? And he told me that he asked his friends and family and raised the money himself and just went out and shot it. And I decided that's what I'm going to do with my film. So I went back home in 2017. I started writing the script for "Definition, Please." I finished the film in 2020 And I'm doing the film festival circuit right now.

What's your biggest takeaway from this as a first-time filmmaker? What were your biggest challenges, hurdles?

Day: It was actually really lovely. I think part of independent filmmaking is making sure that you have an amazing team around you to make you look good. So I had an amazing producer in Cameron Fife, I had an awesome cinematographer, Brooks Ludwick. We have an amazing composer, Amanda Jones. And then I have this really awesome Asian American entertainment community who are my friends, and I could just reach out to them to be in the film. I didn't have auditions because I just have really talented friends and I knew they would be up for the role. We even got LeVar Burton. LeVar Burton makes a great cameo and just it was a really lovely experience. Definitely had challenges. I think if I could if I were to do this again, the one thing that I would not want to do is be the one raising the money. That's stressful.

In the film, you address the model minority myth. Why was that important for you to tackle head-on?

Day: I really took a lot of inspiration from my life growing up in the suburbs of Pennsylvania. And I luckily had a lot of Indian American friends because there were three temples. And so on the weekends I was hanging out with my friends and I noticed that between their parents and school, they were under a lot of pressure to do really well... to take AP classes..to do the SATs over and over again until they got a certain score to make sure that they got into these Ivy League schools. And this was affecting our mental health. So they would be depressed. They would run away from home. They would be anxious. They would develop different mental illnesses that our families and our parents were reluctant to talk about in public. And then when I went to college a similar thing happened within the Asian American community where we were all pursuing technical or science-based degrees. And I was in a dorm. And during finals one night, a fellow student jumped from the top of the dorm and I just saw this happening in my community throughout my life. Luckily, I was never put under this pressure by my parents. They let us really do what we loved and what we wanted to pursue. When I came to Hollywood and was auditioning for roles, I noticed that all the roles were portraying this model minority. It was to be a doctor or a straight-A student or a tech guru, and that was just not something that I came into contact with in my real life. All the Indian Americans that I was hanging out with, we are all different shades of what we do and what we love. And so that was really important for me to portray in my film because I wanted to show authentic, real-life Indian Americans portrayed in that way. I just wanted to show something beyond that perception.

Can you speak to the importance of female directors taking the helm and telling their own stories?

You said earlier "If you do this again." Do you think directing is in your future? What's next on your plate?

Day: Yes, for sure. I've been very productive throughout the pandemic. I wrote two feature films and two pilot scripts, and I will be going into production on some of those projects. I also have a series in development at a studio and that has been moving forward pretty quickly. So I really look forward to directing very soon.