Young Americans are feeling less love for the American flag than older generations, according to a new NBCLX/YouGov poll.

Even as the country remains divided following a presidential election rife with misinformation, an attack on the U.S. Capitol and a pandemic that has further strained the social fabric, the poll found 72% of America says the U.S. flag makes them feel proud, with fewer than 1-in-5 respondents saying the flag made them feel “not very proud” (12%) or “not proud at all” (7%).

But while 86% of respondents 55 and older reported having pride in the flag, only 56% of adults under the age of 35 said the flag made them proud. In comparison, only 10% of the oldest group said they did not feel proud of the flag, compared to 30% of those under 35. 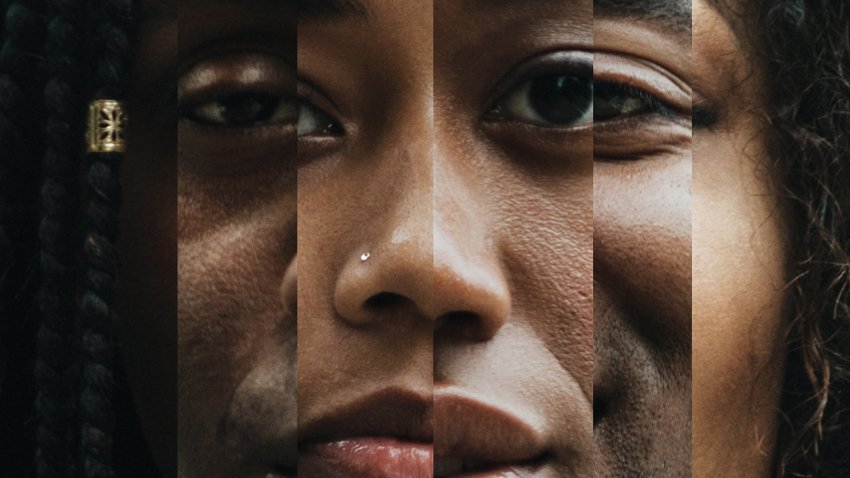 The findings weren't all that surprising to Eric V. Morrow, an associate professor in the department of government, legal studies and philosophy at Tarleton State University in Stephenville, Texas.

"It's been 20 years since 9/11. And right after 9/11, you saw this increase in the display of the flag and the use of the flag to represent a level of solidarity that we had across the nation as a whole. If you think of the current crisis like the pandemic, that's not perceived as this external threat to our national identity as 9/11 was. I don't think in this new current generation... when you're looking at that age gap... that we have something similar to that which has rallied people around a shared national identity," he says.

The poll further revealed a partisan split between Republicans, 95% of whom said the flag makes them feel proud, and Democrats, of which a smaller majority (64%) also reported pride in the flag.

In recent years, the American public has seen the American flag become a central focus of politically-charged moments — like as the subject of Colin Kaepernick’s silent protests and as a weapon during the Jan. 6 attacks on the U.S. Capitol.

Our country’s fixation on the American flag as a symbol of patriotic fervor is a relatively new phenomenon — and one that is unique to U.S. culture. While it has been a beacon of hope and unity during times of crisis, the Stars and Stripes has also been used in attempts to further our country’s divides. NBCLX storyteller Cody Broadway explores "unconditional patriotism" and the shifting meanings of our flag.

Americans in the South were more likely than in any other region to say the flag made them feel proud (77%), while certain minority groups – including Black (59%) and Hispanic (66%) Americans – reported lower-than-average rates of pride in Old Glory.

There were also large discrepancies in how Americans viewed other frequently-displayed flags.

Another contributing factor, says Morrow, is the decline in civic associations and group memberships by younger generations that promote the flag as a symbol of national identity. "You've seen civic organizations like the Rotary Club or the Boy Scouts that used to be much more prominent. They're still there, but they've declined in numbers as youths go off and have such a wide variety of things that they can engage with. And so I think that that's contributed some to it as well."

The poll found white Americans were more likely than racial minorities to associate various specialty flags with specific political parties, even if the flags had no original connection to organized politics.

The “Black Lives Matter” flag, seen by many as a social justice symbol, was linked to the Democratic Party by 68% of white Americans, 62% of Black Americans, and 51% of Hispanic Americans.  Younger adults were also less likely to see the flag connected to a political party (57%) than older Americans (67%).

And a rainbow flag, symbolizing LGBTQ pride, was linked to the Democratic Party by 58% of white respondents, 37% of Black respondents, and 41% of Hispanic respondents.

The confederate flag, frequently seen at Republican events and rallies, was associated with the Republican Party by 48% of America, including 49% of white respondents and 55% of Black respondents.