Fauci's Boss to Pregnant Women: ‘This Is Not a Time to Be Unvaccinated'

NIH Director Dr. Francis Collins has a message for the unvaccinated: "Let's hit the reset button on all the misinformation you might have heard. Look at the data and I think you'll be convinced this is something you want."

Dr. Francis Collins is the head of the National Institutes of Health, which makes him Dr. Anthony Fauci's boss and the country's leader in the fight against COVID-19. He joined LX News host Nik Z for a conversation about the rising rates of hospitalized pregnant women due to COVID-19, and to share the facts on why vaccination is their best protection.

This transcript has been lightly edited for clarity. Watch the video for the unedited conversation.

Question: Why are we seeing a surge in critically ill [pregnant] women?

Collins: Well, first of all, we're seeing a surge in everybody because of the delta variant, which is so incredibly contagious, but it's also the case that pregnant women are particularly vulnerable to getting significantly ill with this and ending up in the ICU — more so than other individuals of a similar age. So we really do need to get the word out there, particularly for pregnant women, that this is not a time to be unvaccinated. All of the concerns about safety, I think, have been addressed, but the seriousness of the illness is really something to pay attention to. 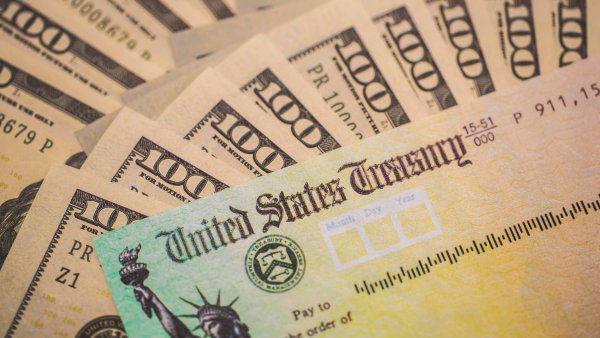 Is the delta variant more dangerous in expecting mothers than other strains of the coronavirus?

Collins: All of the coronavirus strains have turned out to be particularly likely to cause serious illness in pregnant women. Delta just takes that to the next level by being so contagious. So you're more likely to get it if you're a pregnant woman and you don't want that.

Why is a pregnant woman more susceptible to having a harder time with COVID-19, especially the delta variant?

Collins: We don't actually know what it is about pregnancy that increases the likelihood of severe illness, but we do know that's the case from looking to see what's happened across the country in the last year and a half. Maybe it has something to do with hormonal changes or other things that happen during pregnancy. But we don't understand it. We just know that the risk goes up significantly, especially late in pregnancy.

The CDC says pregnancy increases the risk for severe illness from COVID-19, as you're saying. The CDC also found only 23% of pregnant women have received at least one dose of a COVID-19 vaccine as of July 31. What message would you give to expecting moms who are not vaccinated or still undecided?

Collins: I would say I'm sympathetic with concerns that pregnant women have about anything they might do that might put their baby at risk, but in this situation, from what we now know, the vaccine presents no risks in terms of miscarriage. It presents no risks in terms of harming the baby. It presents a great opportunity to help the mom by not getting sick with COVID-19. And also, if the mom is immunized, she passes those antibodies to the baby so the baby is born already protected against the virus. So now that we've studied this pretty thoroughly over a year and a half, the benefits turn out to greatly outweigh the risks. So if you're pregnant or thinking about getting pregnant, this is a time to actually go for the vaccine. Don't hold off. This is a dangerous delta variant out there. Here's your chance to protect yourself if you haven't already done so.

What concerns or frustrates you the most on where the country stands in the fight against the virus? What do you think can be improved when you look at the numbers? In terms of the overall [vaccinated] population, we're just above 50%.

Collins: I didn't think a year ago, as we were struggling to try to get the vaccines developed, that the problem we would have now would be the limited uptake. Yes, only about 50% of Americans are fully vaccinated. About 70% have gotten at least one dose. But we've got to do a lot better than that if we're going to actually send this virus packing. It is taking such advantage of unvaccinated people and it's become a pandemic of the unvaccinated. And we look at the new cases that are coming up at very high levels, over 150,000 every day. They're mostly unvaccinated people. The people in the hospital are mostly the unvaccinated people. And sadly, the over 1,000 people who are dying every day are almost entirely unvaccinated. And this is preventable. And you can see ... that it is not uniformly distributed. There are areas where uptake has been even lower, and that's also where the cases are the highest. So come on, America, we got evidence here that this is something that can save you and your family from a terrible outcome. Let's hit the reset button on all the misinformation you might have heard. Look at the data and I think you'll be convinced this is something you want.