Cops' Love for SWAT May Be Putting Your Community in Danger

Alecia Phonesavanh was scared – and confused - when a flash grenade shook her family’s house and rifle-wielding deputies rushed through the door.  But her confusion turned to horror when she learned the flash grenade landed in the crib of her youngest of four children, exploding in the 19-month-old boy’s face.

“We were a functioning family, growing and thriving, and then we were attacked…it's changed everything,” said Phonesavanh of the incident in Habersham County, Ga., in 2014.  “None of us have had a night's sleep since.”

Deputies apologized for the mistakes that left Bounkham Phonesavanh in a coma for five weeks and in need of 27 surgeries – and counting – over the past six years.  Their SWAT raid – part of a low-level drug investigation - ultimately produced no illegal drugs or guns whatsoever.  And a grand jury blamed the sheriff’s department for “sloppy” planning and a “zeal” to find drugs.

But victims of SWAT mistakes – often no-knock raids in the middle of the night - aren’t as rare as law enforcement may have you believe — and those victims sometimes include innocent families, children and police officers.

NBCLX found the armament of small police departments – and their growing desire to have a SWAT unit, even when there’s no apparent need or budget for one – has led to many agencies operating tactical teams that fall short of accepted minimum standards.  However, since the only national guidelines, provided by the National Tactical Officers Association (NTOA), are recommendations and not requirements, police departments in most states are able to ignore SWAT staffing and training standards.

“It's awful….these kinds of raids inflict harm; I mean they're designed to,” said Radley Balko, an opinion writer for the Washington Post who focuses on civil liberties, the drug war and the criminal-justice system.  “There's a very low margin for error by you or the police if anybody gets it wrong.”

You Mad, Bro? Why Caroline Marks' Little Brother Punched a Hole in Her Surfboard 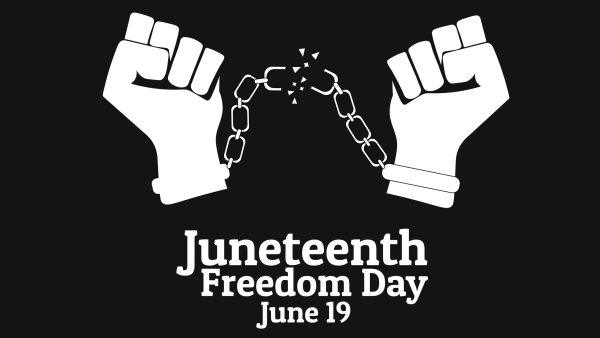 Balko says problems with SWAT, which is an acronym for Special Weapons and Tactics, have grown as the number of SWAT raids has exploded, from just 3,000 raids a year nationally in the 1980s to well over 60,000 raids a year now.  And while tactical units were initially created to help police respond to both the War on Drugs and the growing number of active-shooter situations in the community, a 2014 ACLU report found only 7% of SWAT deployments nationwide were for hostage, barricade or active shooter situations.

Sixty-two percent of SWAT deployments were for drug investigations, even though more than half the stings analyzed by the ACLU found no illegal drugs or guns at all.

“There's a use for (SWAT), when you're confronting these types of ongoing violence situations like active shooters,” said Balko, who is also a media fellow for the Cato Institute.  “(But) the odds of any particular small town seeing that are slim to none….and most of these instances, the shooting's over by the time the SWAT team gets there.”

The Department of Justice estimates 29% of police agencies serving under 100,000 residents employ a SWAT team, even though many already have access to county, regional or state SWAT resources.  NTOA estimates startup costs for a small SWAT unit can run close to $100,000, plus a minimum of 3,000 man-hours of training a year, typically paid for by taxpayers.

And SWAT has grown on college campuses too, from an estimated 50 university police departments in 2004, to more than 160 just seven years later, even though Balko says colleges are among the safest communities in America.

“There's this problem of having a (SWAT) team that should never be used if you use it effectively, and then they're just sort of sitting there waiting for something to happen,” Balko said.  “Suddenly there's this enormous incentive to use them for things that they're not appropriate for.”

Dr. Pete Kraska, a professor of criminal justice and criminology at Eastern Kentucky University, documented the growth of small-town SWAT in his 2007 paper, “Militarizing Mayberry.”  He found escalation techniques, such as no-knock raids, as well as the resource drain created by a properly-staffed SWAT unit, posed growing concerns to communities across the U.S.

“SWAT not just a symptom of the militarization of police – it’s the cause,” Kraska told NBCLX.

But most police chiefs and sheriffs like touting their high-powered military-style assets, including a Florida sheriff who threatened drug dealers with no-knock SWAT raids in a 2017 Facebook video.

“To the dealers,” said Lake County Sheriff Payton Grinnell, “enjoy trying to sleep tonight, wondering if tonight's the night our SWAT team blows your front door off its hinges.”

An LCSO spokesperson told NBCLX constituents loved the video and after it was posted, “phones were blowing up with tips and information and…close to 400 drug dealers have (since) gone to jail.”

Smaller agencies have touted their SWAT prowess as well, including the chief of Neenah, Wisc. (pop. 26,062), who told NBCLX he uses SWAT sparingly but when necessary to de-escalate a potentially-dangerous situation.

“If you just send an officer into a drug dealer’s house to get their drugs and take them to jail, bad things are going to happen,” said Neenah Police Chief Aaron Olson.  “Our SWAT teams around America are trained well on how to do these search warrants without having to use deadly force.”

Olson added that SWAT officers train two days a month, on-the-clock, which provides them additional skills that can come in handy for everyday policing.  However, he said the staffing and training minimums laid out by NTOA were “unrealistic” for a small department.

“(Our) team includes three crisis negotiators that are extremely useful for all types of calls and we use them most often for mental health crisis calls,” said Keene Police Chief Steven Russo.

Russo said Keene Police have considered regionalization of SWAT resources to conserve money and officers’ time – particularly in training – but it hasn’t materialized yet.

“In those smaller organizations, I don't know how much they're able to train, but I can tell you from being a larger organization, it is a heavy load,” said Sheriff Chris Nocco of Pasco County, Fla., where the county formed a single regional SWAT team in partnership with several cities located inside the county.

“It's better to put the resources on the front line, because those front-line law enforcement officers are going to be the ones that are responding to the active shooter.  And as we learned from Columbine, that 10 seconds can make the difference between life and death for many people.”

For the Phonesavahn family, police reforms and de-escalation policies are long overdue in America.  And even though a series of settlements have helped address the million-dollar medical nightmare their son is enduring, the mental scars will never go away.

“It's been hard (watching the news),” Alecia Phonesavanh said of the recent police brutality coverage and protests.  “When you hear people telling the cops they can't breathe…it just makes everything worse with our anxiety, and my husband’s PTSD…he doesn't even leave the house.

“It makes you angry…when you live through it you know just how bad it is.”