Will Wisconsin Share DUI Info With Illinois and Other States?

The state has never participated in a Driver License Compact where most states share information, but a proposed law would change that

Sheila Lockwood carries the insurmountable grief of losing a child to a drunk driver. But she has channeled that grief into a tireless effort to reform DUI laws.

And some of that work may be paying off.

Lockwood's son Austin was killed in 2018, when a car he was riding in swerved off a road near Three Lakes, Wisconsin. The driver, Eric Labahn, survived the crash but was charged with homicide after his blood alcohol tested at .117.

"He was going 72 miles an hour at the time he lost control, which is almost double the speed limit," Lockwood said. 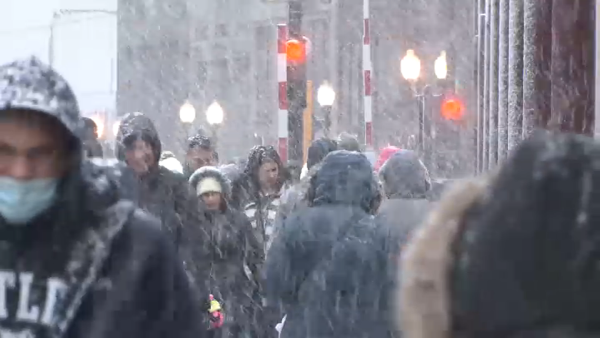 Labahn had an Illinois license, and because he refused a breathalyzer test his license should have been immediately suspended. But because Wisconsin does not participate in an interstate compact of states that share information, Illinois was never told about the crash. And he continued to drive.

In fact, when his family moved to Wisconsin while his charges were still pending, Labahn was able to get a license in that state, despite the fatal accident.

"There's no consequences until the trial," Lockwood said. "There's no repercussions for taking a life."

Labhan would eventually be convicted of the charges and draw a three-year sentence. But Lockwood began a tireless effort to address the lack of information sharing by some states.

"Austin didn't leave us for no reason," she told NBC 5 last year. "We've got to do something to honor him."

Now, two state legislators in Wisconsin, Sen. Chris Larson and Rep. Deb Andraca are introducing legislation to add Wisconsin to the states which share information through the Driver License Compact.

"Adding Wisconsin to the interstate Driver License Compact will close a dangerous loophole, improve data sharing and best practices moving forward," Andraca said in a statement. "And help keep dangerous drivers off the road — in Wisconsin and every member state."

Currently, Wisconsin, Michigan and Georgia are the lone holdouts in the interstate agreement. While the fate of the Wisconsin legislation is unclear, Lockwood says she is hopeful.

"It's there and it's got support, so I hope that we see it," she said.

Lockwood was among many activists pressing Congress to require anti drunk-driving technology in all new cars. And that requirement was included in the infrastructure bill signed into law by President Joe Biden two weeks ago.

The devices could begin appearing in new cars as early as 2026. hile the exact nature of the technology is unclear, the government estimated the requirement could save more than 9,000 lives a year.