There have been 99 expressway shootings in the Chicago area so far this year, far exceeding the 52 seen in 2019, and 43 in 2018. And while no highway is immune, one stands out.

Just a few years ago, a shooting on a Chicago-area expressway would be a major event, the type of tragedy that would lead every newscast in the city.

Now they happen with such shocking frequency that road crews have standard procedures for blocking the highways so police can search for evidence. And drivers see them mostly as frustrating incidents that wreak havoc with their morning commutes.

And that's wrong. Because it's an escalation of Chicago's violence, endangering the lives of thousands of innocent people.

"It's collateral damage from gang wars that are occurring in the city of Chicago, and it's spilling over into the interstates," says Col. David Byrd, deputy director of the Illinois State Police. "When they see that person, they go after that person --they don't care where he is at!"

Investigations of gang gun battles, the responsibility of Chicago Police just a few hundred feet away in the neighborhoods, become a State Police problem when they migrate to the expressways, which are ISP's jurisdiction. Byrd said the shootings have exploded in frequency and that the problem seems to be shockingly unique to Chicago.

NBC 5 Investigates has created the below map to show the locations of each of the 99 expressway shooting that have occurred in the Chicago area between January and mid-November of 2020. Click on each locator to see the date, time, and location of each shooting. All data comes from the Illinois State Police.

"I've actually talked to other officials from other police agencies throughout the nation," he said. "They're dumbfounded. They don't know what to say to me. ... I mean their jaws drop!"

There have been 99 expressway shootings so far this year, far exceeding the 52 Chicago saw in 2019, and 43 in 2018. The Illinois State Police say 62 individuals have been wounded, and six of those died.

And while no highway is immune, one stands out.

Chicago freelance video journalist Ken Herzlich sees the menace firsthand. Herzlich patrols the streets at night, looking for news. And he finds it way too often on expressways which have turned into crime scenes during the overnight hours.

"I noticed an uptick in highway shootings about 2015," Herzlich says."It's been crazy -- I mean we're almost having one every other day."

There have been 12 days this year with at least two shootings.

On two days in July, there were three.

And there were multiple weeks this year with an expressway shooting nearly every day.

"You should see some of these cars," Herzlich says. "They're shot up, the windshields are shot out, back windows and side doors. A lot of people are getting injured, including a number of children."

On that last note, some people did take notice when 10-month-old Ny'Ori Askew was shot when a bullet flew through the car in which she was riding on the Bishop Ford expressway in July. The child was hit in the shoulder. And Byrd argues it's not the kind of experience any family should face.

"A child, who's just starting their life, struck by gunfire?" he asks incredulously. "Once a bullet leaves a firearm, it has to find a destination somewhere. You can't get it back!"

Byrd says the crimes are difficult to solve. Witnesses are hard to come by, because they themselves may be driving by at 70 miles an hour (or sometimes ducking for cover). And the would-be victims often refuse to cooperate. After all, he says, some are involved in the very neighborhood violence that spills onto the highways.

The State Police did initiate an all-out blitz against the shootings called Operation Bullseye in September. Byrd pulled personnel from other districts and flooded the Dan Ryan every weekend.

But that kind of saturation is hard to sustain. And citing the difficulty in finding reliable witnesses, Byrd says the need is greater than ever for cameras and license plate readers on Chicagoland expressways. Some have been deployed, most recently on the Eisenhower. But he says more are needed.

"That kind of evidence, you can't do better than that," he says. "You can put yourself basically at the scene, at the time." 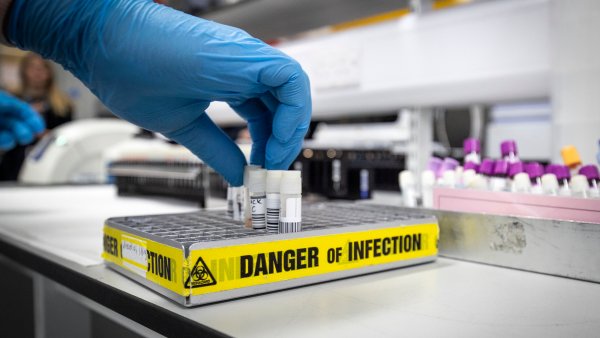 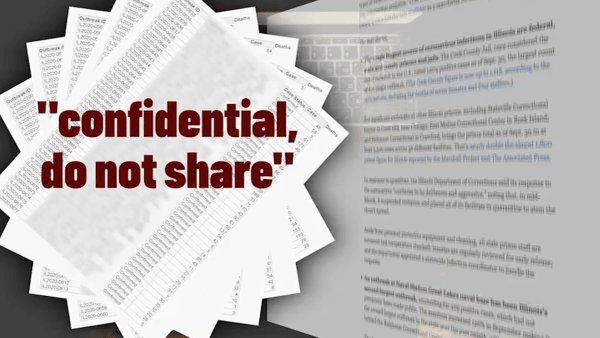 "I think some of these shootings are random, from what I've seen," he says. "I've seen some truck drivers that have gotten shot at."

Colonel Byrd says the vast majority are the result of ongoing gang disputes, and that few can be attributed to road rage. Whatever the reason, he shook his head --- noting that a bullet fired on a roadway doesn't really care what it hits.

"So many innocent bystanders, innocent individuals, who could be damaged by that one bullet," he said. "It's extremely alarming."

The State Police stress that they feel the expressway system is safe for public use, Byrd noting that the highways are consistently used by millions of automobiles without incident.

But police say tips, especially the license plate numbers of shooters, are welcomed. Anyone with information about any expressway shooting, is urged to call the Illinois State Police, at 847-294-4400.