The Chicago Department of Transportation says it will conduct a review to potentially place new clearance signage along a stretch of the L where the most vehicle collisions have occurred citywide in the past year, days after an NBC 5 Investigates report highlighted those crashes on the city's West Side.

The area in question is the portion of the Green Line that runs over Lake Street. Community members say trucks attempting to turn east or west onto Lake Street have been getting stuck and torn apart there for years because the true clearances for the L are actually lower than what's posted, because they don’t account for the structure's brackets that support the train tracks from underneath.

A truck, bus or other vehicle has become stuck under a transit structure 32 times across the CTA's entire service area since the beginning of 2020, the transit agency's records show. Fifteen of those incidents have occurred on the Green Line along Lake Street. Of the 18 collisions that occurred in the past year alone, 11 have been along that same stretch.

Community members say the issue not only poses a danger, but also deters deliveries, which has a negative impact on commerce in the area. 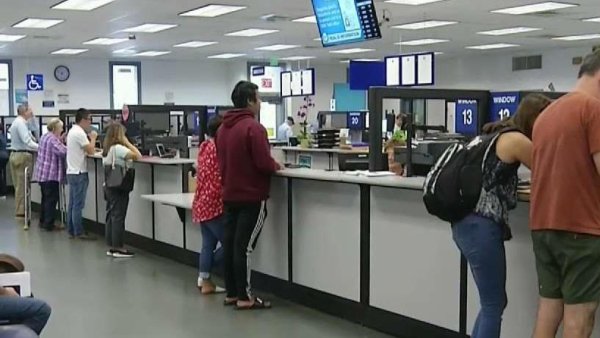 “They won't let their trucks come and deliver,” said Roger Romanelli, executive director of the Fulton Market Association. “That reduces the amount of businesses and jobs on the West Side.”

Ray Carlson said he sees the problem firsthand at Chicago Turnrite, the metal fabricating company at the corner of Lake and Kilbourn that his family has run for more than 70 years.

“I have had several common carrier truck links that have said due to safety reasons not only for the drivers but for the trucks themselves, we're not going to come in and pick up or deliver to you anymore,” he  said.

Carlson said the trucks that do make deliveries have to make special provisions because of the structure.

“They bring a big truck in here, see they can't unload, and then they have to go ahead and bring it to a depot and offload to a smaller truck and have the small truck bring in all the materials,” he said, noting that his company gets billed for that.

Residents in one Chicago neighborhood have long complained about trucks getting stuck under the same stretch of the L, even going as far as to call it ""the most dangerous street in Chicago." NBC 5 Investigates' Phil Rogers reports.

In a meeting with the Fulton Market Association on Tuesday, four days after the NBC 5 Investigates report highlighted the issue, CDOT representative Joseph Alonzo told community members that the agency would conduct a review and wanted to help with signage.

"CDOT does want to assist and help and to the request of signage, we definitely can help with signage," Alonzo said.

"It does take a cursory review from our traffic engineering section to actually take a look at it and then properly place at strategic locations where it could be viewed by the trucking firm’s driver to see exactly where that signage would be, so they cannot make that commitment to actually go where they may get stuck," he added.

"We could help with signage at those locations where there is concern of the owners, as well as where there is actually accidents that do occur because of it," Alonzo continued. "So we’re hoping this is something which could avert these accidents and actually improve the safety of the intersections and the street where the truckers are actually traversing."

Some West Side residents say ultimately they want to see the structure – built in the 1890s but rehabbed and repaired since then, per the CTA – brought up to modern standards. But for now, the lower cost addition of signs showing the clearance for turning trucks would be a welcome start.

“To be quite honest, we’ll take what we can get,” Carlson said.