What Is the Gilded Age? About the 2022 Met Gala Theme

The Met Gala is back, and this year's theme centers around the Gilded Age.

The biggest night in fashion takes place Monday night, and is set to raise money for the Metropolitan Museum of Art's Costume Institute in its typical glitzy, star-studded way.

The Met Gala is best known for its eye-catching themes, which determine the dress code for attending guests. Themes for previous Met Galas include "camp," a celebration of cheesy and over-the-top looks, and "heavenly bodies," a look at medieval art and religious motifs in fashion.

This year, the theme is actually a continuation of the one for the most recent Met Gala, held in September 2021.

The dress code itself is "gilded glamour, white tie." Combined with the museum exhibit featuring "men’s and women’s dress dating from the eighteenth century to the present," it seems the Met Gala is drawing inspiration from the U.S.'s Gilded Age.

But when, and what, is the Gilded Age all about?

When Was the Gilded Age?

The Gilded Age is a term for a period of time in the late 1800s, generally considered to run from the 1870s to the early 1900s. It's the period of U.S. history right after the Civil War ended, and right before World War I began.

Where Does the Name "Gilded Age" Come From?

American author Mark Twain coined the name "Gilded Age" alongside Charles Dudley Warner, in their 1873 book The Gilded Age: A Tale of Today, according to the American Museum of Natural History.

The name of the era is one that points out the difference between an actually robust society, and one covering its flaws with the appearance of fortune.

Gilding, the practice of covering some other material with gold leaf, doesn't make that object as valuable as something made of real, solid gold.

The term "was an ironic comment on the difference between a true golden age and their present time, a period of booming prosperity in the United States that created a class of the super-rich," the AMNH says on its website.

What Happened During the Gilded Age?

The U.S. was recovering from the social and economic chaos caused by the Civil War, and underwent a period of heavy industrialization as railroads and factories spread quickly across the country and the world.

The industrial boom brought unprecedented wealth to a chosen few -- the entrepreneurs who made their fortunes during this time period. If you recognize the names of John D. Rockefeller, Andrew Carnegie, or Cornelius Vanderbilt, their legacies were built during the Gilded Age.

The upper class, and expanding middle class, spent their newfound money on intricate houses, clothes and other material goods, made more widely available and affordable thanks to mass production in factories.

As the Met puts it, "In that period, art infused everything—furniture, lighting, ceramics, metalwork, jewelry, even dress—and manifested itself in artistic interiors." Everyone who could wanted to show off their money and good taste.

That world of wealth is the setting of many shows set in the U.S. during the late 1800s, including HBO Max's new critically acclaimed show "The Gilded Age."

But while a small number of people and corporations gathered more wealth, often due to unregulated and exploitative business practices, large swaths of the population lived in tenement housing, especially the many recent immigrants to the U.S.

The result was a lot of economic anxiety about income inequality, according to UC Santa Barbara professor of history Mary Furner. 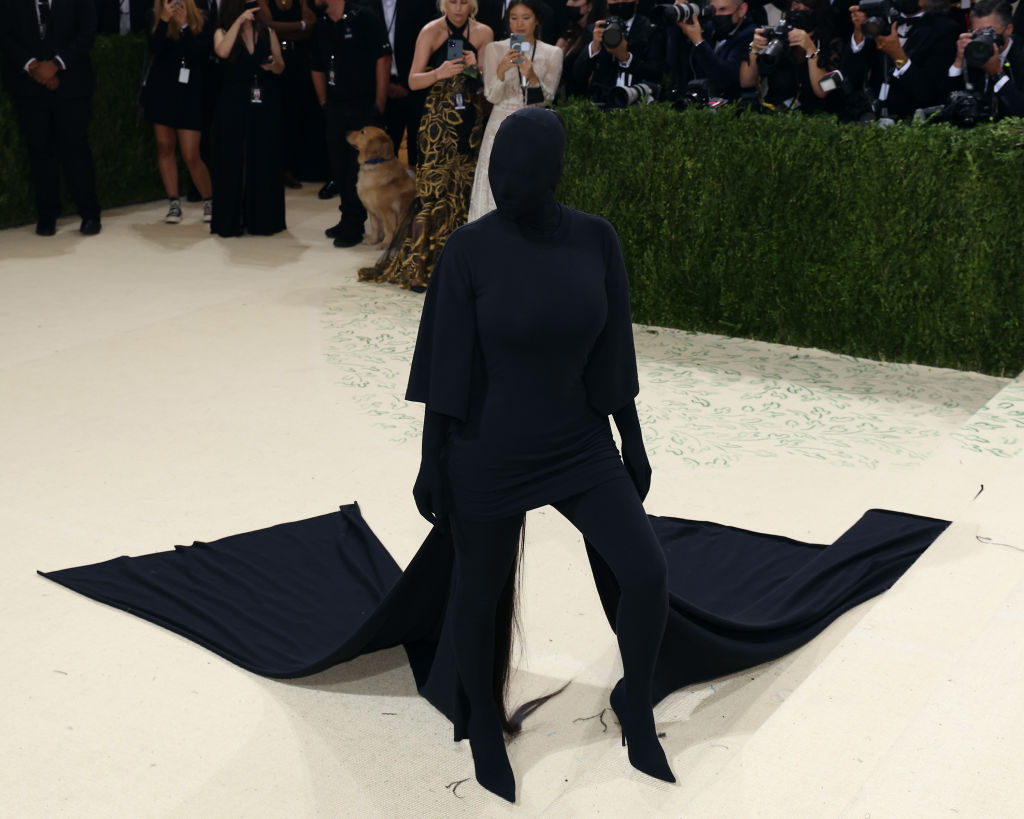 Met Gala Returns to Traditional Spot on First Monday in May What's the Point of the Met Gala, Anyway? Here's What It Raises Money For

"What was happening in the late 19th century,” Furner explained in a 2016 article about the 19th century vs. modern U.S., "was that people up and down the population hierarchy, from the poor to the wealthy, were all seeing the serious problems of trying to run a country by relying largely on unregulated competition, laissez faire."

All of those changes and anxieties led to social commentary in the form of new art styles, fashion and literature. For example, Edith Wharton's 1920 novel "The Age of Innocence" is one of the better-known books that examines the Gilded Age.

It was turned into a 1993 movie, starring Daniel Day-Lewis, Wynona Rider and Michelle Pfieffer by director Martin Scorsese. Scorsese is also one of several directors tapped to help with the Metropolitan Museum's "In America: An Anthology of Fashion" exhibit.

What Kind of Fashion Will We See at the 2022 Met Gala?

Part of the fun of the Met Gala is the surprise when guests show up in their costumes, but there are certain hallmarks of Gilded Age fashion that might show up Monday night.

Feathers, corsets and structured dresses are all on theme for the era, according to experts cited by the TODAY show.

And, just like previous costumes worn by celebrities at the Met Gala, the theme welcomes over-the-top ensembles.