Vanessa Bryant is honoring the legacy of Kobe Bryant and Gianna Bryant. The widow and mother announced a change in name to Kobe Bryant's Mamba Sports Foundation on her Instagram account.

"Because there is no #24 without #2, we have updated the Mamba Sports Foundation to now be called the Mamba & Mambacita Sports Foundation," Vanessa told her followers. "Our mission remains the same – and stronger than ever – to provide opportunities to young people through sports. Thank you all for the outpouring of support and your kind donations to date as we carry forth Kobe and Gigi's legacy.. We hope to empower young athletes in a world they left us all to help shape."

Kobe and his 13-year-old daughter Gianna were two of nine people who lost their lives in the tragic helicopter crash on Jan. 26 in Calabasas, California.

Since that time, family, friends and fans have been paying tribute to the basketball star and his daughter, sharing heartfelt stories and messages about the father-daughter duo.

"My girls and I want to thank the millions of people who've shown support and love during this horrific time," Vanessa, who also shares daughters Natalia, Bianka and Capri with Kobe, wrote to her Instagram followers. "Thank you for all the prayers. We definitely need them."

She continued, "We are completely devastated by the sudden loss of my adoring husband, Kobe—the amazing father of our children; and my beautiful, sweet Gianna—a loving, thoughtful, and wonderful daughter, and amazing sister to Natalia, Bianka, and Capri."

Gianna, a budding athlete, was a member of the Mamba Academy basketball team, Kobe was the coach of her team. Vanessa's announcement comes just days after it was confirmed that Kobe and Gianna had been laid to rest in a private funeral.

A public memorial is set to take place on Feb. 24 at Staples Center in downtown Los Angeles. 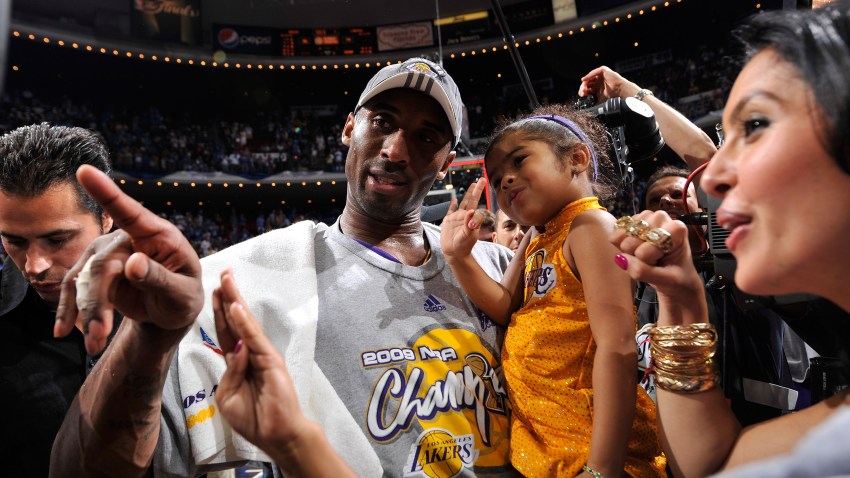 All-Star Weekend Nears, and Kobe Will Be at the Forefront