Testing a novel release strategy, Universal Pictures' animated sequel “The Croods: A New Age” had one of the best opening weekends of the pandemic, grossing $14.2 million over the five-day Thanksgiving holiday weekend, according to studio estimates Sunday.

Whereas new releases have traditionally lasted around 90 days in theaters, Universal has mapped out a shorted theatrical window in deals with major chains AMC and Cinemark that gives the studio the option to move new releases to premium video-on-demand after just 17 days. “The Croods: A New Age” is expected to shift to the home before Christmas for a $20 rental. For an industry reeling from the pandemic, it's part of wider changes seeping through the industry.

“The Croods: A New Age” grossed $9.7 million Friday-Sunday, which rivals even the weekend start for “Tenet” in September. Warner Bros. didn't break down the three-day weekend figures for “Tenet,” which began preview screenings in the U.S. on a Monday, but said it grossed $20.2 million in its first week in U.S. theaters plus its first two weeks in Canadian theaters.

While the opening for “The Croods: A New Age” was something Hollywood hadn’t seen in months — a movie that outperformed expectations — it was still only a sliver of what the industry usually sees in the typically busy holiday movie season. Last year, “Frozen II” led all films over the five-day Thanksgiving weekend with $123.7 million, while “Knives Out” scored $41.7 million 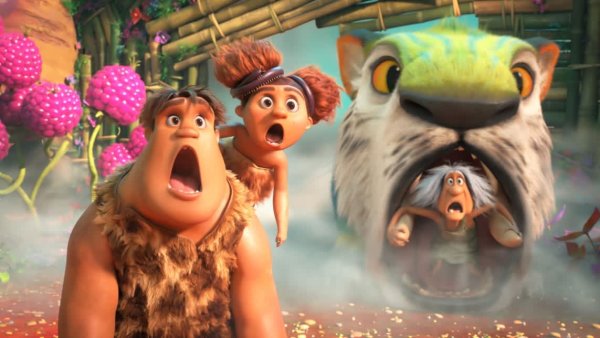 Thanksgiving Is Usually a $250 Million Box Office Haul. This Weekend It Will Be Hard to Reach $20 Million 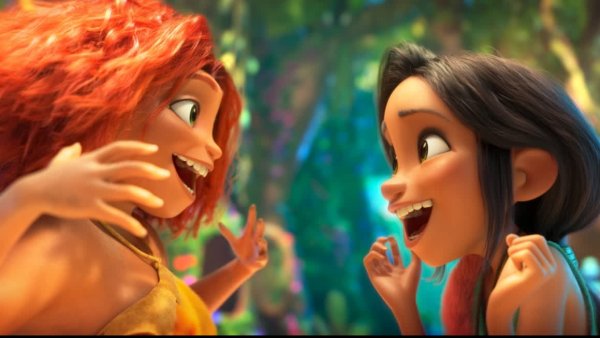 ‘The Croods: A New Age' Has a Solid Voice Cast But Its Story Is ‘Hyperactive' and ‘Uninspired,' Critics Say

Since “Tenet” opened, most larger releases have been postponed or detoured to digital, sometimes while still playing in theaters overseas. The Walt Disney Co. steered “Mulan” to a premium purchase on Disney+, but opened in China and elsewhere. Next month, Warner Bros. will release “Wonder Woman 1984” simultaneously on HBO Max and in theaters. Disney has uprooted the Pixar animation “Soul” to its streaming platform.

That's left smaller films to lead what's left of the box office — about 40% of the normal number of theaters. Most have tapped out around $4 million on opening weekend. The Kevin Costner and Diane Lane film “Let Him Go” debuted with $4.1 million in ticket sales from 2,454 locations earlier this month. The body-swap horror movie “Freaky,” with Vince Vaughn, has been No. 1 the last two weekends after debuting with $3.7 million.

One of the biggest differences is that Universal spent more heavily to market the $65 million “Croods” sequel from DreamWorks Animation. It played in 2,211 locations, or about half the usual amount for such a release.

This story has been corrected to reflect that “Tenet” was released in September, not October.