The eight-episode series premieres Friday on PBS, PBS.org and the PBS Video app

America has perfected the stressful TV cooking competition, pitting amateur or professional chefs against each other in such high-pressure, scream-filled shows as “Chopped,” “Cutthroat Kitchen” or “Top Chef.”

PBS hopes to change that with an original food competition show, “The Great American Recipe,” which dispenses with the angst and scary knife graphics. It's more “The Great British Baking Show” than “Hell's Kitchen.” 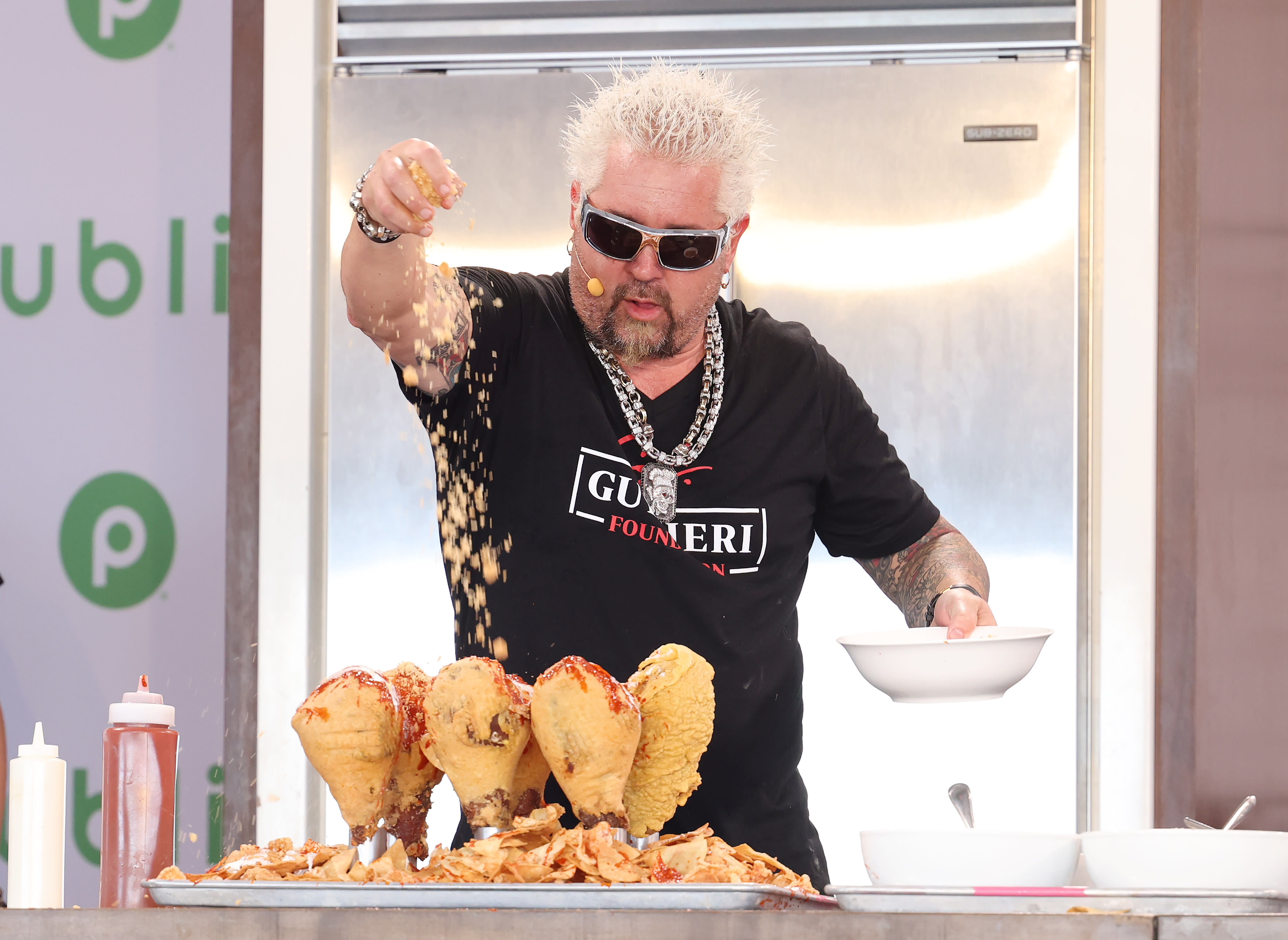 Celebrity Chef Guy Fieri: These 3 Ingredients Will Give You the Best Meals on a Budget Gentle and supportive, the show gathers 10 home cooks from around the country and gives them the opportunity to showcase their signature dishes. The eight-episode series premieres Friday on PBS, PBS.org and the PBS Video app.

“Yes, they were competing, but they really were just there to be their best selves and tell each other stories through their food,” says the show's host, Alejandra Ramos, a chef and writer who contributes to the “Today” show.

The contestants include a hotel receptionist from Winston-Salem, North Carolina, who makes a soul-satisfying linguini; a firefighter from Providence, Rhode Island, who makes a meaty Chicken Sicilian; and a small business owner from New York, an expert on cod fritters, or bacalaitos.

Sylvia Bugg, chief programming executive and general manager for general audience programming for PBS, says it's the stories behind the food that make the show compelling.

“Hopefully people can see themselves reflected in the stories through 'The Great American Recipe' that they may not have otherwise seen,” she says. “It’s nice competition, it’s great characters, great story. You get that emotion, which I think is just the recipe for success, and we’re pretty excited about it.”

The home chefs are tasked with creating two dishes for each show's two rounds, which are judged on taste, presentation, execution and how it highlights the theme — things like a meal in a pinch, a crowd pleaser or a special occasion meal. The judges are Leah Cohen, Tiffany Derry and Graham Elliot.

“The dishes were delicious and incredible. We loved eating them. But listening to the stories was honestly the most satisfying part of being on the show,” says Ramos.

The dishes that are presented offer a lovely rainbow of flavors, from chicken tostadas and Zuppa Toscana to a potato-crusted quiche, pineapple fried rice and shakshouka, a Mediterranean version of huevos rancheros. Many recipes have been handed down to the contestants from family but added to and played with, the melting pot of America.

“American food is not just one thing. I think it can often be dismissed as like, ‘Oh, it’s burgers or it’s pizza.’ Whereas everything else gets its own separate identity," says Ramos.

"But the reality is that this country is an amalgamation of cultures and stories and regional differences and ingredients and climates and all of those things combined — that’s what American food is. It’s not just one thing. This is really about celebrating that diversity.”

There is a comradery among the contestants, who will offer to help others when they finish early or taste another's dish for advice. In one sweet scene, a woman of Italian heritage admits she's anxious about pivoting to make lime shrimp tacos.

"Am I nervous that I’m doing Mexican in an elimination round when I am Italian? Yes, I am. But I don’t really have a lane to stay in,” she says. And that's sort of the show's motto: The only lane is good-tasting food.

“I think that’s the beauty of the show — it’s not just about putting people into boxes, but it’s really empowering them to tell the breadth of their story and all the different stops and starts and turns that path takes,” says Ramos.

There's a new documentary coming out about the life and career of celebrity chef Wolfgang Puck. Natalie Lizarraga spoke to Wolfgang and director David Gelb about the film, which starts streaming June 25th on Disney+.

One of the sweetest challenges on the show was when contestants are asked to illustrate how they show love through food. One man made a dish he made for his wife, another cooked something their mom made them when they were sick, and a third offered something they whipped up for a friend who was broken-hearted.

The series — filmed in a barn in southern Virginia — culminates in a finale in which the remaining home cooks prepare an entire meal for the judges. One of the winner's dishes will grace the cover of a companion book, “The Great American Recipe Cookbook,” which will also feature recipes from all of the contestants and the show’s host and judges.

The home cooks range in age from late 20s to 60s and also include a sport operations specialist from Minneapolis; a small business owner from Boise Idaho, with two boys; and a digital content creator from San Luis Obispo, California, who makes a mean choriqueso. It is clear they are the rock star food people of their circles.

And the bonds between them grow to the point that survivor's guilt sets in. “Anytime there was an elimination, it was like almost everyone else was more sad about the elimination than the actual person that was going home,” says Ramos.