Jussie Smollett's Siblings Give Impassioned Pleas After His Sentencing

The actor's siblings Jojo, Jocqui and Jazz shared outside the courthouse that they believe their brother is innocent after a judge sentenced him to 150 days in county jail on March 10

Jussie Smollett's siblings gave their thoughts after his sentencing.

Outside the Chicago courthouse on March 10, Smollett's siblings spoke with reporters, saying that he is innocent and that he did not deserve the sentencing. The former "Empire" star was found guilty of five of six charges for filing a false police report in 2019. His report of an alleged hate crime led judge James Linn to sentence him to 150 days in a county jail starting Thursday and 30 months of felony probation.

"[The judge] shamed my brother, he spoke about his arrogance," his brother Jojo Smollett, 44, said. "He doesn't know the struggles my brother is encountering. He doesn't know anything that he's dealing with."

Jojo went on to say, "In 2022, we don't shame people like this. Alright? He basically called him a mental case."

Smollett's older sister Jazz Smollett, 41, started off by saying that she believes her brother is innocent.

"This should not be a controversial statement because it is the absolute truth," she said. "What should be controversial is the entire miscarriage of justice his whole ordeal has been." 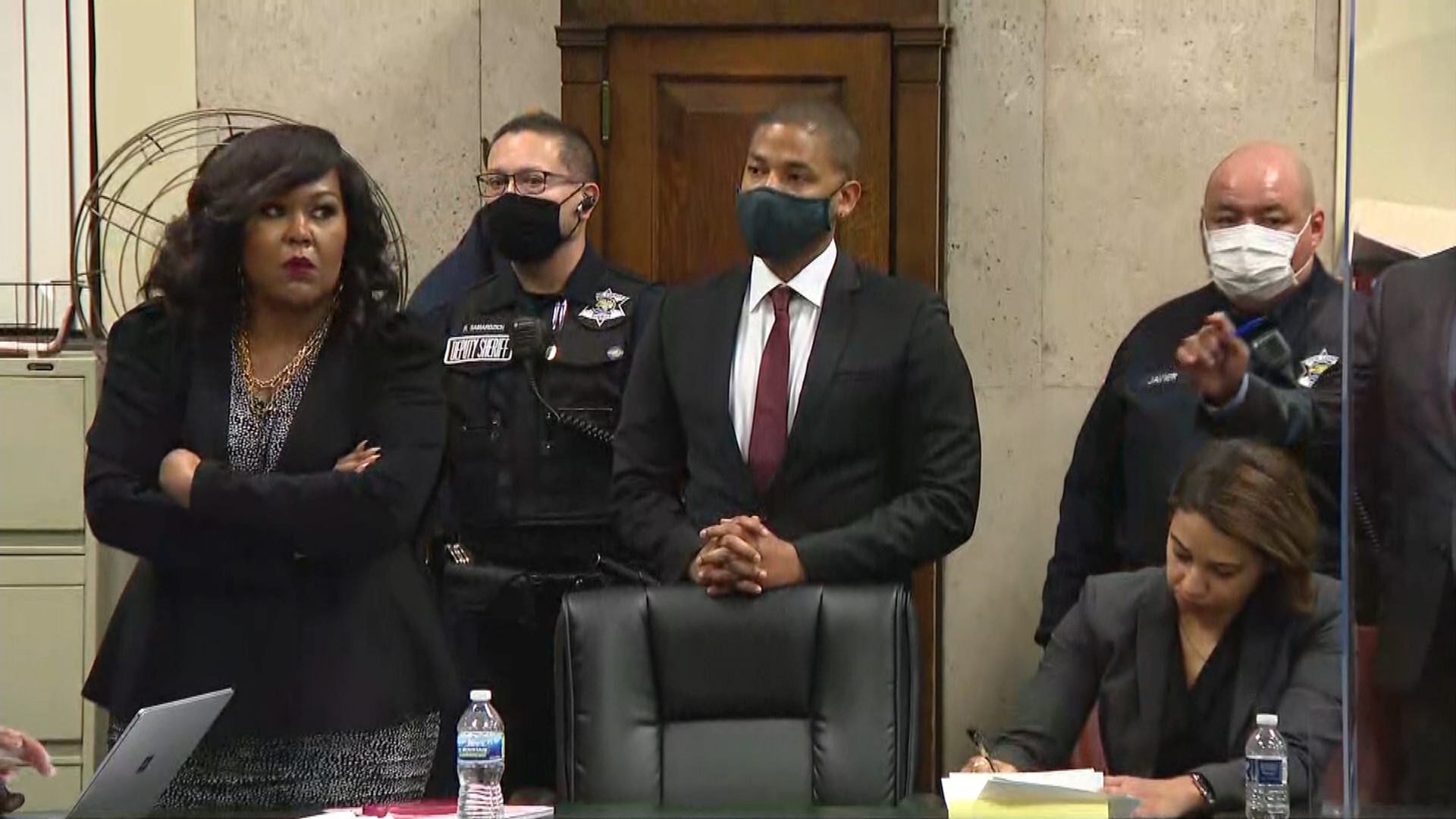 She turned to prayer and added, "I pray the peace of God over my brother and all victims of oppression and hate. I pray that we can do better as a world."

As for Smollett's younger brother Jocqui Smollett, 32, he said his brother is a "complete victim."

He said in front of the courthouse that the sentence discourages people from reporting hate crimes in the future.

"Do people never once think, even the folks who are naysayers, do you ever once think, 'What happens if he's telling the truth?'" Jocqui asked. "Do y'all ever think about how poorly you feel in that situation? He's in jail for five months, that is unacceptable, for being attacked."

"He's a survivor and he's completely mistreated," he said. "And this has to stop."

Smollett's lawyer -- Nenye Uche -- argued in court for a new trial and said he was filing an appeal after the sentencing. The judge denied a request to pause his jail time.

In addition to his 150-day sentence, Smollett was also ordered to pay $120,000 in restitution and $25,000 in fines. The judge said he threw a "national pity party" for himself by lying to police to try to get "famous." While leaving the courtroom, Smollett also maintained his innocence.