Almost as soon as the interview with Oprah Winfrey aired, many were quick to deny Meghan’s allegations of racism

As Prince Harry and Meghan’s TV interview reverberates internationally, it’s left the more than 50 million viewers grappling with the couple’s claims of racism and lack of support that Meghan says drove her to thoughts of suicide.

But for many Black women worldwide, the headlines and social media discussions were painfully familiar. With social media conversations questioning whether racism affected Meghan's treatment by the British press and royal family, many Black women say it is yet another example of a Black woman’s experiences with racism being disregarded and denied.

“White supremacy seeks to isolate you, make you feel like no one is listening and no one is supporting you. It uses that as a tool to keep in power,” said Gaye Theresa Johnson, associate professor in the Department of African American Studies at UCLA. “And so when you aren’t validated in your feelings or feel supported, that does real harm.”

Piers Morgan addressed the media on Wednesday after he left the show “Good Morning Britain” following comments he made about Meghan Markle.

Meghan, the daughter of a white father and a Black mother, said that when she was pregnant with her son Archie, a member of the royal family expressed “concerns ... about how dark his skin might be.” The former television star also said she sought mental health help through the palace’s human resources department but was told there was nothing it could do.

Almost as soon as the interview with Oprah Winfrey aired, many were quick to deny Meghan’s allegations of racism. The New York Post published a column titled, “Meghan Markle’s interview was full of bull.” British television host Piers Morgan quit his job on “Good Morning Britain" after facing backlash for saying on air that Meghan lied about suffering suicidal thoughts in what he called a “two-hour trash-a-thon of our royal family.”

On Tuesday, Buckingham Palace released a statement saying the “whole family is saddened to learn the full extent of how challenging the last few years have been for Harry and Meghan” but that “some recollections may vary.”

The emotional struggle Meghan Markle detailed in her explosive interview with Oprah Winfrey triggered a conversation among Black women about the bias they experience in the workplace around the hashtag #BlackWomenAtWork. Christina Coleman, a communications strategist, joined LX News host Ashley Holt to discuss why this is such a common struggle for Black women and how their white co-workers can be better allies.

Johnson said the doubts and questioning cast against Meghan’s claims were emotionally wrenching for many Black women, who may relate to the trauma of having their personal experiences with racism invalidated by others.

“It’s an insult when people are incredulous about the racism people like Meghan Markle experienced because that incredulity speaks volumes about what people refuse to see, what is right in front of their eyes all the time and that some people have to navigate daily,” she said.

“That takes a toll on a person and their mental health.”

Meghan Markle and Prince Harry's CBS interview with Oprah Winfrey dropped one bombshell after another, including an allegation that a member of the royal family raised the question of "how dark" the skin of their future children may be. NBCLX shared that plus more stunning moments from the sit-down.

“It speaks to the burden that many African American women face,” she said. “For Black women, it was upsetting to see that, even when she had the courage to speak out about her experiences with racism, that she didn’t get the support that she needed and, in many ways, her experiences were invalidated.”

Thomas said enduring such treatment requires “psychological and emotional energy” to navigate. “As a psychologist, I hope people talk about this effect of racism and sexism on psychological functioning," she said.

Sinai Fleary, founder of the UK-based Reggae and Rasta lifestyle publication Jus’ Jah Magazine, said while she initially saw an outpouring of support for Meghan, she quickly saw that change on social media.

“They will dismiss, gaslight and ignore what we have been saying, and what Meghan and Harry have been saying,” Fleary, who lives in London, wrote on Twitter. “This is how the media and certain parts of the public work. Same formula, every single time.” 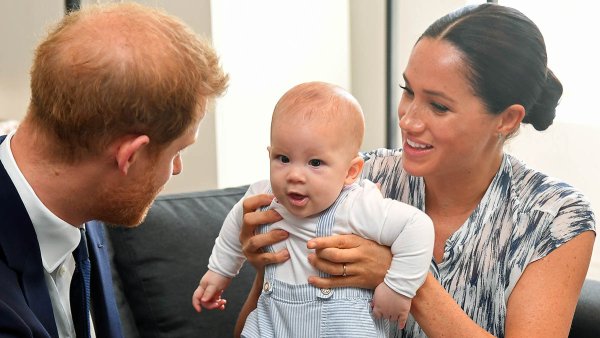 EXPLAINER: Why Is Harry and Meghan's Son Not a Prince? 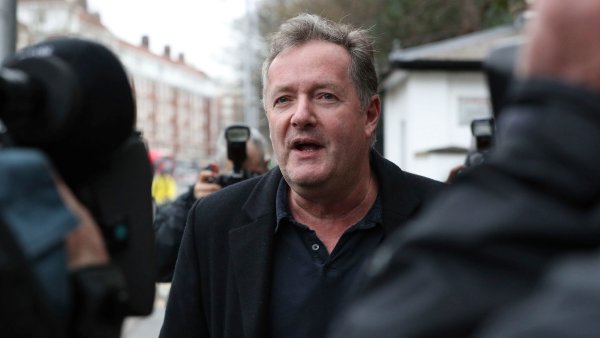 Complaints Pour in Over Piers Morgan's Comments on Meghan

Fleary told The Associated Press that Meghan’s interview brought back her own memories of being racially profiled in shops and seeing white women clutch their bags on public transit when they saw her.

“If racism as blatant as what Meghan spoke about is immediately denied, will people believe me when I tell them about these less overt, daily examples of racism I face every day?” she asked.

Fleary said the UK has a long history of dismissing Black women in conversations about racism. “They’re never believed,” she said. “It’s always deny and dismiss. It can be so blatant and people will still say they don’t see it.”

Harry and Meghan, the Duke and Duchess of Sussex, pointed to the racist attitudes of the British media as a reason for stepping away from royal duties and moving to North America last year, something Harry reiterated in the interview with Winfrey.

Meghan Markle is speaking out. During the Duchess of Sussex's tell-all interview with Oprah Winfrey, Meghan claimed that there were "concerns" within the royal family about the skin color of her son with Prince Harry, Archie. "In those months when I was pregnant, all around the same time, so we have in tandem the conversation of, He won't be given security, He's not going to be given a title...And also, concerns and conversations about how dark his skin might be when he was born," she said.

As Meghan and Harry began dating, many pointed to the relationship as evidence of Britain entering a “post-racial” era, but the racism Meghan faced from the British media told another story.

When the news first broke of their relationship, publications were quick to refer to Meghan in racist terms, with one tabloid columnist referring to her “exotic” DNA. A Mail Online headline stated Meghan was “(almost) straight outta Compton,” and a Daily Star headline asked whether Harry would “marry into gangster royalty.”

Then, when Meghan and Harry announced they would step away from official royal duties last year, people quickly began to question that racism was what drove Meghan away.

Heather McGhee, author of the book “The Sum of Us: What Racism Costs Everyone and How We Can Prosper Together,” said the immediate rush by some to deny Meghan's allegations were upsetting.

Meghan Markle is feeling liberated following her and Prince Harry's decision to step back from the royal family. In the latest teaser clip released by “CBS This Morning” from her and Prince Harry's Oprah Winfrey interview, the Duchess of Sussex revealed why now is the right time for her to speak for herself. "As an adult who lived a really independent life to then go into this construct that is different than I think what people imagine it to be, it's really liberating to be able to have the right and the privilege in some ways to be able to say yes. I mean, I'm ready to talk. To be able to make a choice on your own and just be able to speak for yourself," she said.

And that denial is something Black women face every day, she said.

“Very often, Black women in conference rooms and offices experience discrimination and have no recourse, in the same way that one of the more powerful Black women in the world had no recourse except to give it all up,” McGhee said of Meghan.

“I hope we realize there’s a much less powerful version of Meghan likely at your office or school who is being discriminated (against) and doesn’t have champions. I hope this encourages more people to stand up for their Black co-workers, neighbors and friends.”