Chris Harrison Breaks Silence on His Exit From ‘The Bachelor' Franchise

Harrison had been on temporary leave following controversial comments he made in defense of contestant Rachael Kirkconnell, who came under fire after photos surfaced of her at an antebellum plantation themed fraternity event

Just hours after reports surfaced claiming the longtime host will be departing the 'Bachelor' franchise, Harrison took to social media to personally confirm the news. "I've had a truly incredible run as host of 'The Bachelor' franchise and now I'm excited to start a new chapter," he wrote on Instagram June 8. "I'm so grateful to Bachelor Nation for all of the memories we've made together. While my two-decade journey is wrapping up, the friendships I've made will last a lifetime."

Warner Horizon and ABC Entertainment, the companies behind the franchise, also released a joint statement on his journey concluding. "Chris Harrison is stepping aside as host of 'The Bachelor' franchise," the message read. "We are thankful for his many contributions over the past 20 years and wish him all the best on his new journey."

Prior to this announcement, Harrison had been on temporary leave following the controversial comments he made in defense of contestant Rachael Kirkconnell, who came under fire after photos surfaced of her at a 2018 antebellum plantation themed fraternity event. 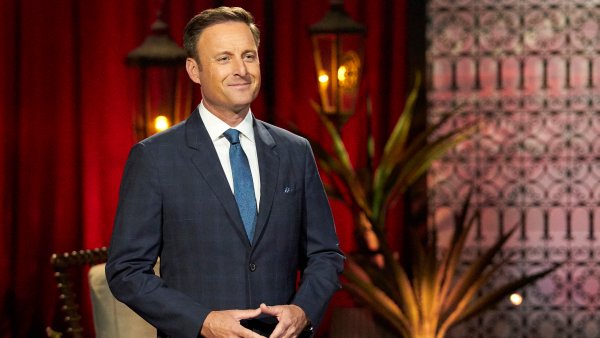 5 Ways ‘The Bachelor' Completely Screwed Up Its First Black Storyline

"I have spent the last few days listening to the pain my words have caused, and I am deeply remorseful," he wrote on Instagram in February as Matt James' season aired on TV. "My ignorance did damage to my friends, colleagues and strangers alike. I have no one to blame but myself for what I said and the way I spoke."

"I set standards for myself, and have not met them," Harrison, 49, continued. "I feel that with every fiber of my being. Now, just as I taught my children to stand up, and to own their actions, I will do the same. By excusing historical racism, I defended it. I invoked the term 'woke police,' which is unacceptable. I am ashamed over how uninformed I was. I was so wrong."

And although Harrison teased in March a possible comeback to the franchise, it's officially time for him to say goodbye. Amid his absence, Emmanuel Acho hosted March's "After the Final Rose" episode, while Tayshia Adams and Kaitlyn Bristowe are currently at the helm of Katie Thurston's Bachelorette season. As for "Bachelor in Paradise," comedian David Spade will be among the rotating celeb guests taking over hosting duties.