"I didn't want to be the face of CP. I never talked about it."

More than 17 years ago, a well-meaning Ashton Kutcher shared on national TV that his twin brother, Michael Kutcher, has cerebral palsy.

At the time, Michael was mortified. He'd spent most of his life trying to hide the disorder that impacts his vision, speech, hearing and the mobility in his right hand.

“I was very angry. Very angry. I remember speaking to him about it,” Michael, now 43, told TODAY Parents. “I didn’t want to be the face of CP. I never talked about it.”

But Michael is no longer angry with Ashton — or Chris, as he’s known to family and old hometown friends in Iowa. Instead, he’s grateful. That 2003 interview changed the trajectory of Michael’s life. 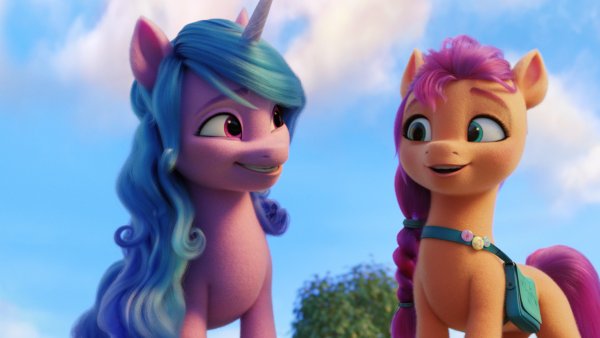 my little pony a new generation 1 hour ago

‘My Little Pony: A New Generation' Saddles Up to the Message of Unity, and Friendship 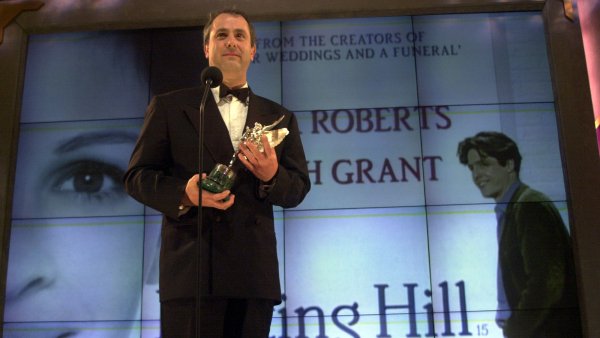 “Chris did me the biggest favor he’s ever done because he allowed me to be myself,” Michael explained.

A few months later, Michael received a call from a woman in Iowa asking him if he would be open to speaking at a gala about his life with cerebral palsy. Though Michael wasn’t sure he was ready to share in front of a room full of strangers, he agreed to meet her for a cup of coffee.

“She had her 5-year-old daughter with her. A sweet little girl named Bella with a smile so bright and big,” Michael recalled. “Her cerebral palsy was quite severe and she couldn’t talk.”

When Michael got home, he couldn’t stop thinking about Bella.

“I realized I needed to let go of the shame I felt and be a champion for people like Bella,” he said. “I was finally ready to tell my story and I knew because of my twin, I'd have a big reach."

Growing up with CP

Michael was born just five minutes after Ashton, much to the surprise of their parents, Larry and Diane, who were expecting one baby.

Ashton weighed nearly 11 pounds, while Michael weighed 4 pounds. Michael’s lungs were also undeveloped and he was born not breathing.

At age 3, Michael was diagnosed with cerebral palsy.

“My mom noticed I was having developmental difficulties and not advancing like my twin was,” he revealed. “So she began taken me to doctors.”

At home, with Chris and their sister, Tausha, Michael felt just like everyone else. Outside the house was quite different.

“I had all of the stereotypes that come with having a disability. I was called every name in the book on the playground. I had difficulty making friends,” Michael said. “But I had Chris there to help me and support me."

Michael remembers one afternoon when he and Ashton were riding their bikes and a bunch of bullies started yelling the R word and teasing him for wearing thick glasses.

“My brother picked a fight with them. He stood up for me. He wanted them to treat me with respect,” Michael said. "And that meant a lot."

If Ashton was invited to a sleepover, he’d only go if Michael was allowed to join.

“Most of the time they’d say yes, but sometimes they’d say no and Chris would go, ‘Well, then I’m not coming,’” Michael said. “Chris would tell me, ‘I wish I could take all of this off of you — and take it myself.”

Michael says he wouldn’t change his life for anything. Today the happily married father of three, who lives in Colorado, is a spokesperson for the Cerebral Palsy Foundation. He is also an advisor at Joshin, an app that helps families find care for a person with disabilities, no matter their age.

The startup, which is based in Minnesota, was founded by twin sisters Melissa Danielson and Melanie Fountain. It’s named after their late brother Josh, who had a developmental disability.

“When you have kids with disabilities you can’t just call the sitter next store. You need someone understands autism, or who understands a feeding tube. The caregiver must understand those needs and that’s what you get with Joshin,” Michael said.

Michael says he is proud to be involved with Joshin. He's also proud of the man he's become.

Twin brother Ashton agrees. He told TODAY Parents, “My brother’s daily actions remind me that life isn’t about running around challenges — it’s about running through them. Mike has a relentless work ethic and a deep compassion for others.”