What starts harmlessly enough with a FaceTime call ends with a scary situation for iPhone users who say they feel violated. And it turns out that a social media trend could be behind it all.

A disturbing trend is making the rounds nationwide and you may find yourself on the receiving end of it when you answer a video call on your phone.

That's how it started for Lisa and her mother on a September evening, when her mother received a FaceTime call on her iPhone.

Lisa asked that we not use her last name for reasons that will become clear. She explained to NBC 5 Responds how it all unfolded.

After answering the unexpected call, Lisa and her mother said they saw three young females on the other end, along with other people they didn’t recognize.

"Four or five people started asking questions about current events, opinions," Lisa said. "We hung up, and no sooner did I hang up, we got another call."

This time, Lisa and her mother said they saw up to 12 other people on the FaceTime call, and the call made them uncomfortable.

"I said, 'Hey, I think you have the, you know, the wrong number. Be careful dialing and have a good night,'" Lisa said. "Then they kind of really clowned me back. Starting a really kind of provoking conversation. I think they wanted to trigger a reaction from us."

The callers on the other end weren’t asking for money; they weren’t trying to sell her anything; rather, they launched provocative questions so inappropriate, Lisa didn’t want to repeat them.

Lisa and her mom in Chicago are in the growing nationwide company of Apple users reporting the same scenario: unwanted and invasive FaceTime calls targeting dozens of people at once.

On an Apple message board online, dozens of users left comments pleading for answers. Some users said they had received calls throughout day and night.

"This kept happening to my 13-year-old," one user wrote. "We had to change her [phone] number!"

Other users are suggesting this started as a TikTok prank or challenge where users call multiple people at once, ask provocative questions while recording the reactions of strangers, and then upload the video to the popular social media platform for kicks.

If true, it’s no laughing matter to those on the receiving end.

One user begged Apple on its message board, "Please someone help me."

What Can Users Do To Prevent These Kinds of Calls?

Apple did not respond to NBC 5’s questions and requests for information about these types of FaceTime calls.

Tony Marengo said he first started hearing of this trend at the beginning of the year. Formerly the manager of the Apple Store on Michigan Avenue, Marengo now runs “The MacTutor”, a consulting firm focused on Apple products.

Marengo understands the anxiety caused by this trend for some users.

"There’s no monetary gain [from these calls]," Marengo explained. "But unfortunately, depending on the appropriateness of the content, you don’t know who’s picking up that phone, right? It could be your kid, and I can truly see how that would be terrible."

Marengo believes one factor that likely led to the uptick in calls may be a recent Apple software update that allowed FaceTime users to call up to 30 people at once.

"It was an upgrade introduced by Apple only recently," Marengo explained. "With the advent of that, I guess this is one of the unintended consequences."

Many users who experienced this have resorted to disabling FaceTime calls altogether.

But Marengo believes there is another method that could potentially shut down FaceTime spam.

"These prank calls almost always come through via the telephone number. So under 'FaceTime' in your phone settings, if I uncheck this 'You can be reached by FaceTime at' and then I tap my telephone number, I would no longer be reachable."

This option, Marengo said, allows you to place FaceTime calls, and for people in your contacts to call you on FaceTime using your Apple ID - not your phone number.

And for users that have received these types of calls already, or receive them in the future, Marengo suggests blocking the original number.

“If you do end up getting one of these calls, I think the safest thing to do is to just hang up and then go ahead and block the number that [the FaceTime call] came from,” Marengo said.

"This really just crossed the line for me," Lisa said. "It really felt like they had this unwelcomed portal into my home." 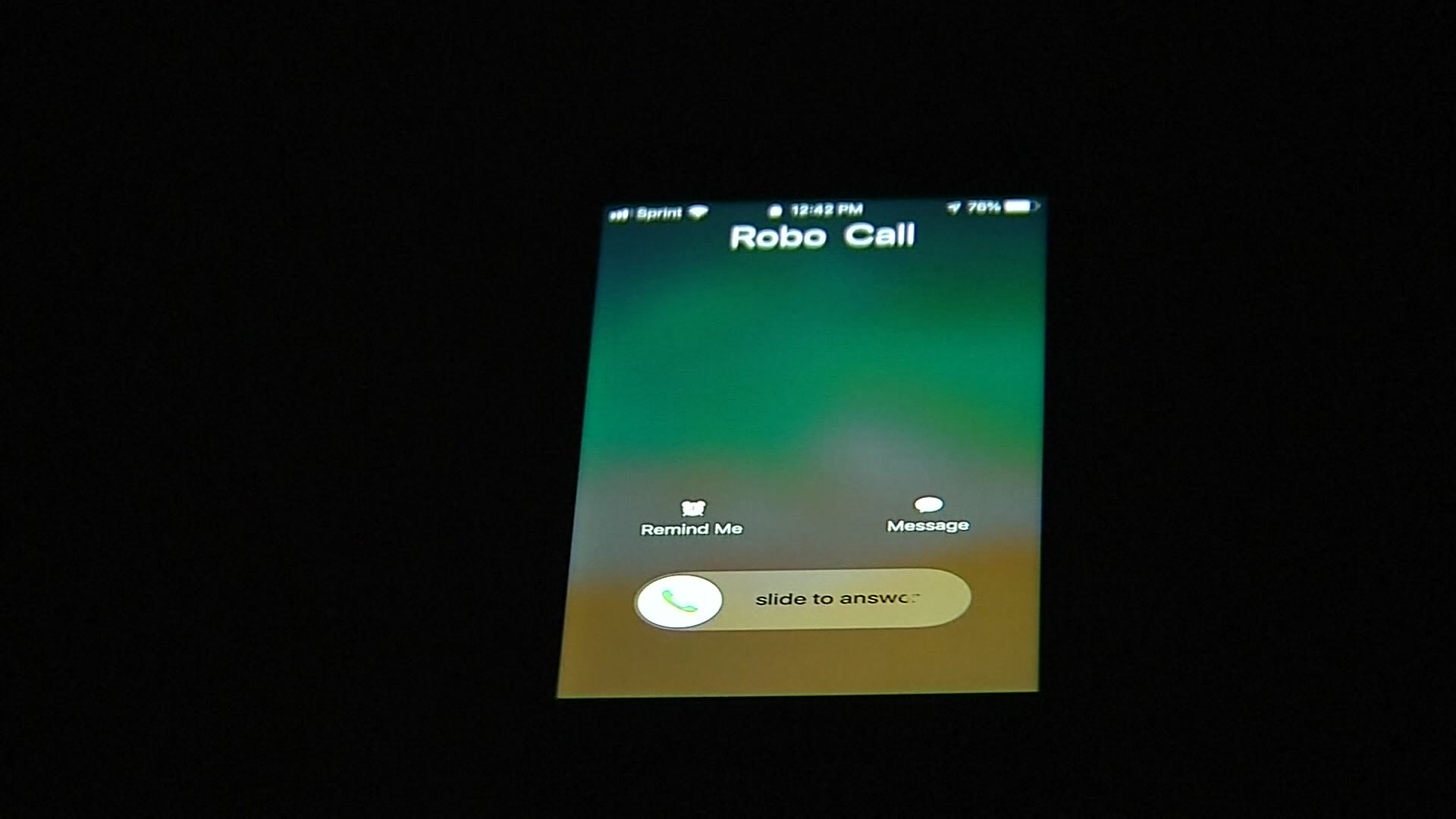 Calls Blocked? It Might Be Part Of The Latest Fight Against Robocalls