Millions of CPAP and other sleep-aid devices were recalled more than a year ago and now, some users are beginning to receive replacement devices.

Relief is on the way for millions of sleepless consumers across the nation.

After the global recall of one of the most popular sleep-aid devices prescribed by doctors for apnea patients last year, a long-awaited replacement device may soon be arriving by mail.

The new machines are replacing ones labeled dangerous, and potentially life-threatening by U.S. regulators.

It was a little more than a year ago when Michigan City-native Edward Coleman faced a tough choice, every night before bed: uninterrupted sleep versus an invisible threat.

“I didn’t want to gamble anymore,” Coleman said. “I had to make a personal decision as to whether it was safe for me to use it.”

That threat was from his CPAP machine, prescribed by doctors for his sleep apnea.

Sleep apnea is a diagnosis Edward shares with millions of Americans. A CPAP, such as the device made by Philips Respironics, helps regulate a person’s breathing overnight.

Edward said he had used his Philips CPAP machine for three years, not giving it a second thought. That is until Philips Respironics announced a voluntary recall on June 30, 2021, of some 15 million CPAP, Bi-PAP, and ventilator devices.

The devices in question contain a noise-canceling foam – now known to be carcinogenic – that can break down and be inhaled by the patients using them.

NBC 5 Responds has been covering the recall since it was first announced, including reports by the Food and Drug Administration that suggest the company may have known about the problem inside the device years prior to acting on it, and announcing the recall.

Then, last month, some sobering numbers arrived: the FDA said it has received more than 21,000 reports of injuries, and more than a hundred reports of deaths potentially tied to the recalled devices.

A spokesperson for the FDA acknowledges the agency hasn’t independently verified each of those reports.

Philips said it’s taking those cases seriously and is thoroughly investigating each report. 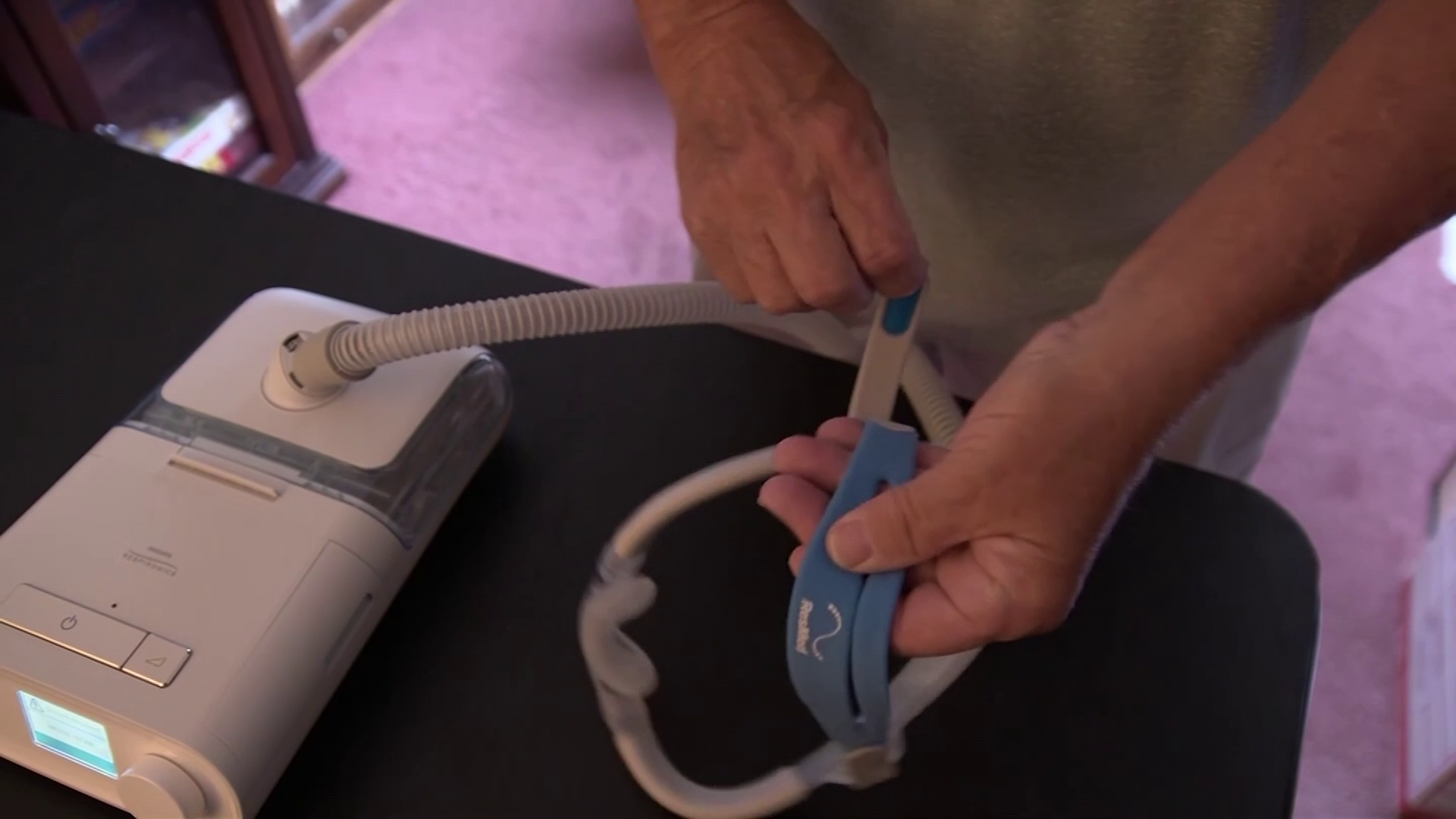 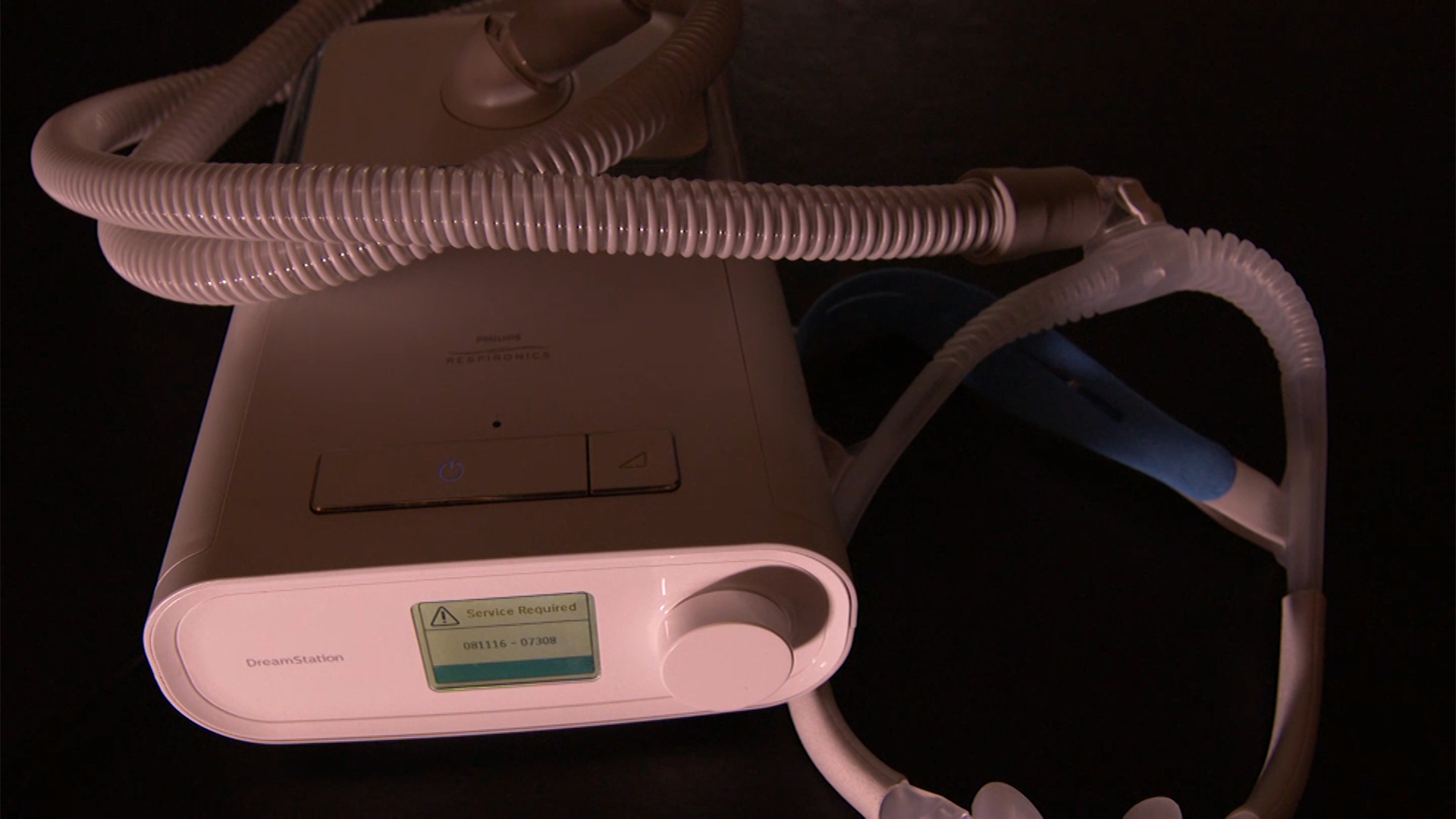 The company’s CEO also told shareholders in a recent call that it was served subpoenas by the U.S. Department of Justice, as part of an ongoing investigation into the Respironics recall.

But with so many devices impacted across the globe, Philips initially said it would take up to a year to repair or replace them all.

Users of the devices were left feeling restless.

“It gave me a sinking feeling,” Edward said. “It’s just not a good feeling not knowing when they’re going to send you a new machine.”

Now, nearly a year later, potential relief. Some users, including Edward, are receiving packages in the mail containing their new, replacement devices from Philips with the foam-defect no longer inside, the company confirms.

Philips told NBC 5 Responds that it has shipped out 1.2 million replacement devices, and has produced a total of 2.7 million devices so far.

Based on the FDA’s total of 15 million devices impacted, that would account for only seven percent replaced and shipped out worldwide.

The company acknowledges this is a major challenge in the medical technology industry.

“This is one of the largest field actions in the medical technology industry, and we take the remediation very seriously,” a spokesperson told NBC 5 Responds. “Philips Respironics expects to complete 90% of the production and shipments to customers in 2022.”

Customers who have machines covered under the recall are required to register their device with the company in order to get in line for a replacement.

To learn how to register your device with Philips Respironics, click here.

While regulators are continuing to investigate the recall, and impact to consumers, users receiving new devices say they can now rest in a deep and peaceful slumber.

Edward said, “I have a machine now that I would be able to use to help me sleep again.”

Below is a complete list of the Philips Respironics machines that are impacted, according to the FDA: